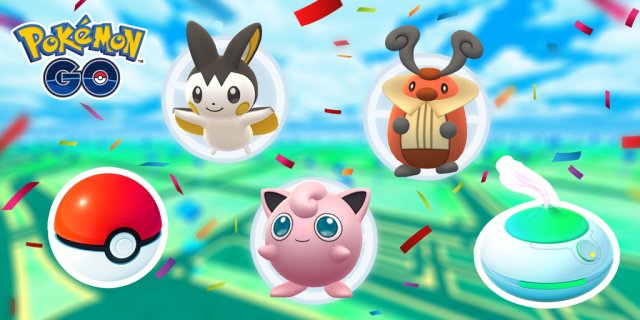 A new two-day event will take place next week exclusively for players in Latin America and the Caribbean to celebrate Carnival. Lucky trainers will be able to encounter a Shiny Jigglypuff during this event from Feb. 18 to Feb. 19.

Carnival is a traditional event that normally takes place in February and March. It is present in many countries around the world, but the most popular ones happen in Brazil and Spain.

During the event, Kricketot will be featured in raids for one hour starting at 6pm local time on Feb. 18, while Emolga will appear in raids on the next day from 6pm to 7pm.

A box will also be available for free during this event, giving Latin American and Caribbean players 50 Poké Balls, two Incense, 10 Razz Berries and a Remote Raid Pass.