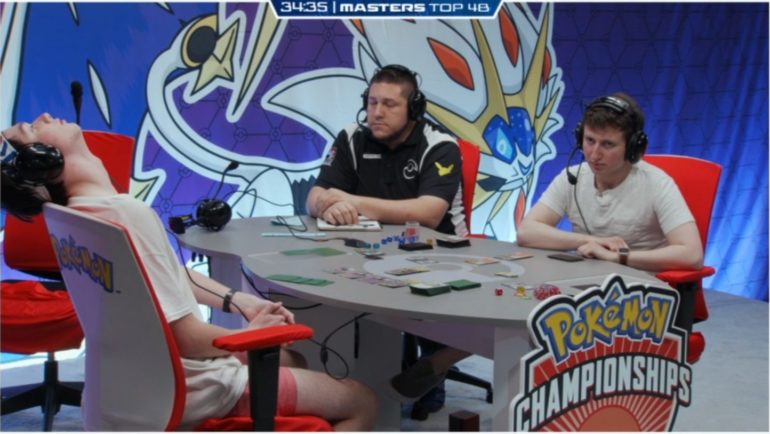 Nathaniel Kaplan has been playing card games competitively since 2012 and just recently made the jump back into playing the Pokémon Trading Card Game.

In his first two tournaments back, Kaplan managed to top cut both events, placing sixth at the Origins Open in June and taking third at the 2019 North American Internationals. And while placing highly at those two events didn’t get him a spot competing at the World Championship, it did show he could compete with some of the best players in the world.

It’s very possible that Kaplan could have been competing in Washington, D.C. at Worlds today, however—if the judge overseeing his top-four match hadn’t erroneously called a penalty that potentially cost Kaplan the match, $7,500, and an invite to Worlds. Because of one call, the game completely shifted momentum to the other player, showing that there might be some serious flaws in how the judging system works at these tournaments.

The call in question is relatively simple. During the second game of his top-four match against Emery Taylor, the judge watching Kaplan paused the match and moved to examine the cards following a shuffling of Kaplan’s deck.

Once the pause was called, the judges on both sides talked and eventually ruled that Kaplan didn’t move the bottom card of his deck during the shuffling motion. Although the ruling noted that it was unintentional, that’s still considered deck stacking and thus invoked a double prize penalty.

In the Pokémon TCG, each player randomly places six cards from their active deck into a specific area of the card mat known as the prize area. Each time a player knocks out one of their opponent’s Pokémon, they get to take one of those prize cards and place them into their hand.

Once all six prize cards have been taken, the player with no prize cards remaining wins the game.

In game two of his series against Taylor, Kaplan had an advantage in prize cards and looked like he’d even the series up 1-1.

“I was in a situation where I could win the game that turn,” Kaplan said. “I needed to burn a few cards in my hand and search my deck, but there was a specific combination of cards I could have used to win the game. So I used a Nest Ball.”

The Nest Ball card lets a player search through their deck for a Basic level Pokémon and place it on their bench. Kaplan wasn’t interested in getting a Pokémon, instead, he was using the Nest Ball as a way to simply check what cards were in his deck.

With a quick overhand shuffle of his already-depleted deck, Kaplan set the pile back down on the mat and moved to continue his turn. And that’s when the judge called for a stoppage of play.

“When he said stop I kind of looked at him funny,” Kaplan said. “You can see just how confused I was if you watch the VOD. I mean, I just used a Nest Ball and didn’t even take anything from my deck. What could possibly be the issue?”

The judge said that Kaplan didn’t move the bottom card of his deck, a Fiery Flint, during his shuffle. It was ruled as unintentional, but the penalty was still enacted, leading to Taylor taking two prize cards and eventually the series.

Several hours after the event concluded, Kaplan made a lengthy post to his personal Facebook about the outcome. He said he didn’t agree with the call, but understood where it came from, especially because of his earlier mistakes where he used another card and accidentally added it back into his hand.

But after going through the VOD of the actual shuffle frame by frame, Kaplan was able to screengrab the bottom of his deck both before and after he looked through it using the Nest Ball. The call was wrong.

Pre-shuffle, the bottom card was a full-art Welder, not a Fiery Flint. The Fiery Flint is only on the bottom after the shuffle, according to the stream. Based on the evidence that Kaplan captured by going through the stream several times, it’s clear that the judge made a mistake.

“I watched that at about 3am the night after and I didn’t fall asleep until the next morning because I was fuming,” Kaplan said. “Sure I kicked myself after the fact, but I also just got even angrier when more people confirmed what I saw. The most important match of my career was tainted, the positive moment was destroyed.” 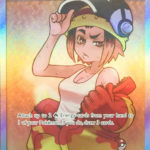 Kaplan was heavily penalized in a top-four match at an International level tournament. If a mistake like that can happen on one of the biggest stages in the game, what can be said about smaller events where streams aren’t common?

In a follow-up message days after his interview with Dot Esports, Kaplan said he’s doubtful that anything is happening.

“The final message I received was instructions to go through Pokemon’s standard customer support portal,” Kaplan said. “Given that the player coordinator couldn’t resolve it, I find it a little silly to send in a generic support ticket. I should note that I don’t blame the player coordinator for any of this—he tried his best to get me what I was asking for and Pokémon failed to do so despite his best efforts.”

The Pokémon Company didn’t respond to a request for comment on this article.

This issue shows that the current system for judging calls is far from perfect. And even though the rules are constantly being updated to reflect changes for players and the meta, this doesn’t stop the occasional error on the part of a judge. A system that allows a play to be reviewed through actual footage, at least at regional level events and above, would be a major step forward.