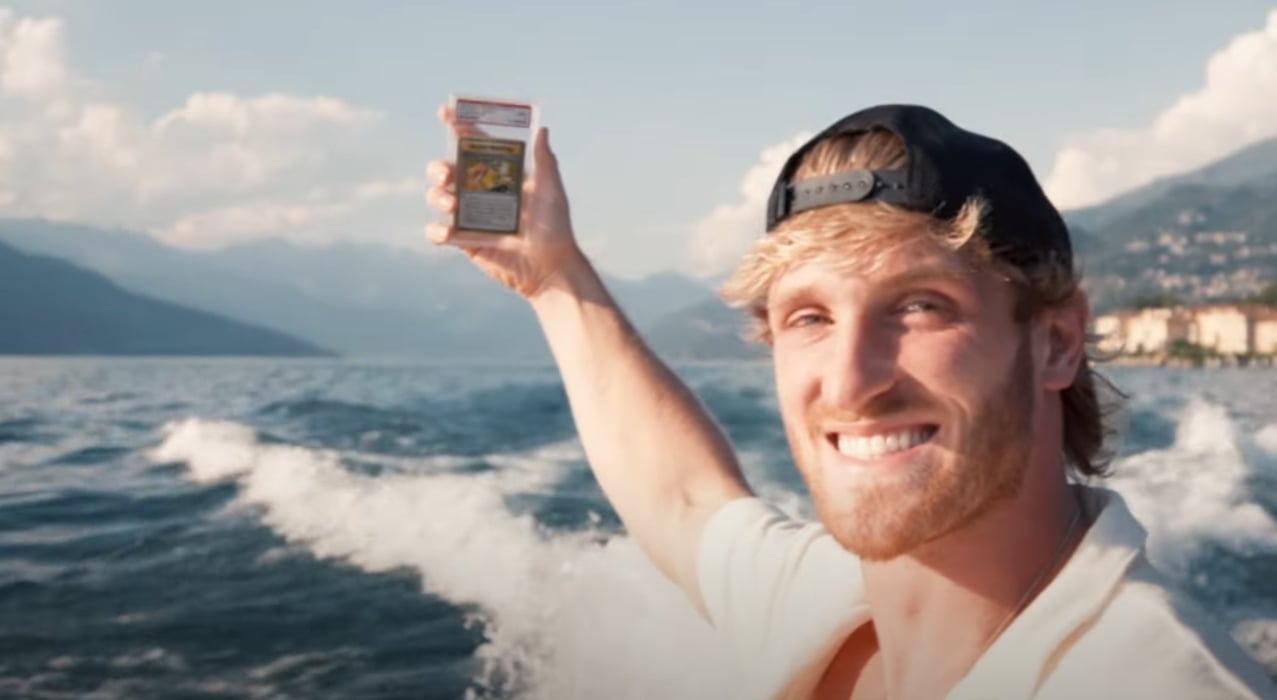 Fans will soon be able to own a portion of a one-of-a-kind Pokémon card in possibly the most outlandish way possible: through a digital token created by Logan Paul.

The card in question is arguably the most valuable Pokémon card in existence, a PSA-graded 1998 Japanese Promo Pikachu Illustrator that is currently the only PSA 10, which Paul acquired for a combined $5,275,000.

Paul debuted the card by wearing it on a chain during his own Wrestlemania debut in April, later revealing the background behind how he obtained it while being awarded a certificate for holding the “most expensive Pokémon trading card sold at a private sale” by the Guinness World Records.

According to Paul and Guinness, he purchased the card on July 22, 2021, via a private deal with the previous owner in Dubai. He exchanged around $4 million in cash and his own PSA 9 Pikachu Illustrator, which was then valued at $1,275,000, to get the deal done.

Now, Paul is adding what to many collectors is treated as the pinnacle of Pokémon card collection to the Liquid Marketplace. On July 9, the card will be moved into a “highly secured third-party vault” before being tokenized for public purchase.

Related: What are the rarest and most expensive Pokémon cards ever sold?

This means Paul isn’t directly offering the deal, he is simply providing the card in question to Liquid Marketplace, a company that he helped co-found. The company will then release digitized tokens of that card online via its marketplace so anyone has a chance to collect rare items, even though they will only own a fraction of something via data tied to the platform.

Liquid Marketplace has similar offerings for rare products like a Pokémon First Edition Base Set Booster Box, a PSA 10 Base Set Charizard, and multiple high-end sports collectibles. And users who own tokens of a product will have “the power to cast votes that decide the future of the assets.”

According to the deal, Paul will retain a minority of 49 percent ownership of the card and has mentioned that he would then need to ask stakeholders for permission to use the card for publicity stunts like his WWE entrance.

The tokenized ownership stakes pushed live on Liquid Marketplace will be initially priced at $0.10, with the total value of the Pikachu Illustrator card being set at $5 million. And while Paul and Liquid Marketplace are adamant in the messaging surrounding collective ownership, the platform itself has only been around for a handful of months and has no real history to show that it will be anything more than another niche NFT community, which means the value in this type of investment is to be determined.