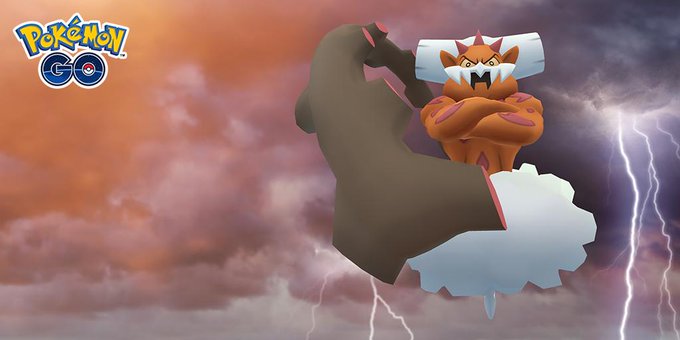 Niantic is extending the timeline for Landorus in Pokémon Go, making it so the Legendary Pokémon will now be available in raids until April 28.

Previously set to end on April 21, the April 28 extension will give more players a chance to capture the most powerful of the Incarnate Genies.

Landorus is the final non-title Legendary Pokémon from generation five that has been made available if you don’t include the alternate forms of the genie trio. This means that once the backlog of returning Legendaries is finished, Zekrom, Reshiram, and Kyurem will likely be joining raids.

As of now, the only Legendary set to return is Lugia, with a special series of raids introducing the Diving Pokémon with its signature move Aeroblast for the first time. It is unclear when that event will be launched, but even with the current situation surrounding the coronavirus, it shouldn’t be too far off.

You can encounter Landorus in five-star raids or as a rare reward encounter once you reach rank four in the Battle League.

Rank four is essentially the beginning of the actual competitive play in the Battle League because that’s when the game starts scaling your rank based on wins and not just battles played. So to get to rank five and earn more rewards, you’ll need to win battles rather than just compete in them.

The Mythical Guardian of the Fields Is available in five-star raids and as a reward in the Battle League until April 28 at 3pm CT.