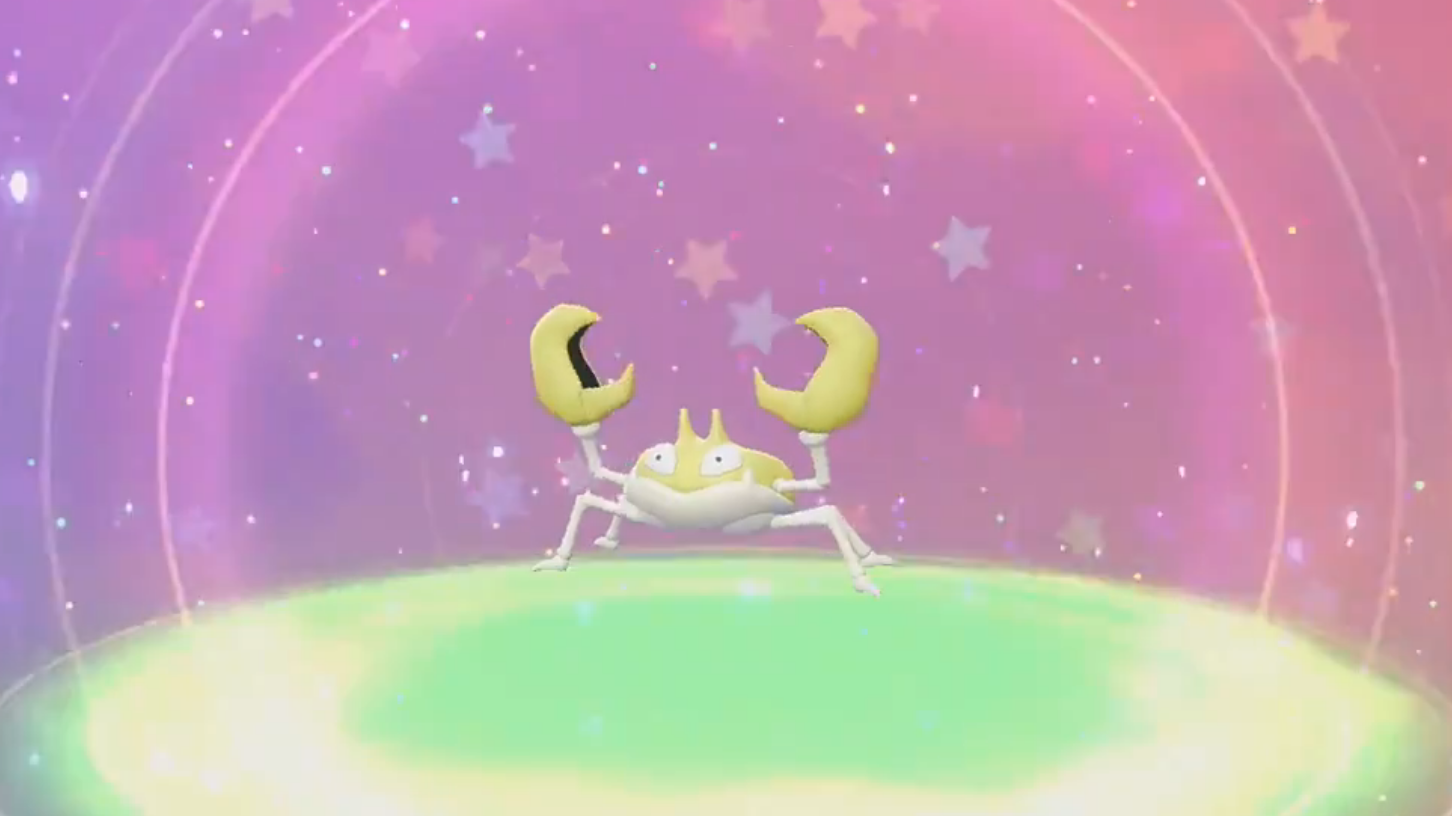 Every “glitch” that appears on one of the official Pokémon websites isn’t going to lead to a new reveal for Sword and Shield. The multitude of Krabbys appearing online were simply hinting at the launch of a Mystery Gift.

This new distribution event is exclusive to Japan and offers players with Pokémon: Let’s Go, Pikachu! and Let’s Go, Eevee! a free shiny Krabby if they’ve pre-ordered Sword and Shield and are part of the Japanese Pokémon Secret Members Club.

Those who are a part of the Secret Members Club can get the code from now until Nov. 14, the day before the launch of the new game. The Krabby is level 15 and will have an odd moveset featuring Crabhammer, Toxic, Facade, and Bubble Beam.

All of this event information comes shortly after images of Krabby replaced portions of words on the Secret Members Club last week. Even though initial speculation was focused on what this could mean for Sword and Shield, it ended up just being a pun on the Japanese name of both the Pokémon and the website.

This pun and event are meant to celebrate 100,000 people signing up for the website. But this also lessens the chances of a Galarian variant of the River Crab Pokémon being announced before Sword and Shield actually release on Nov. 15.