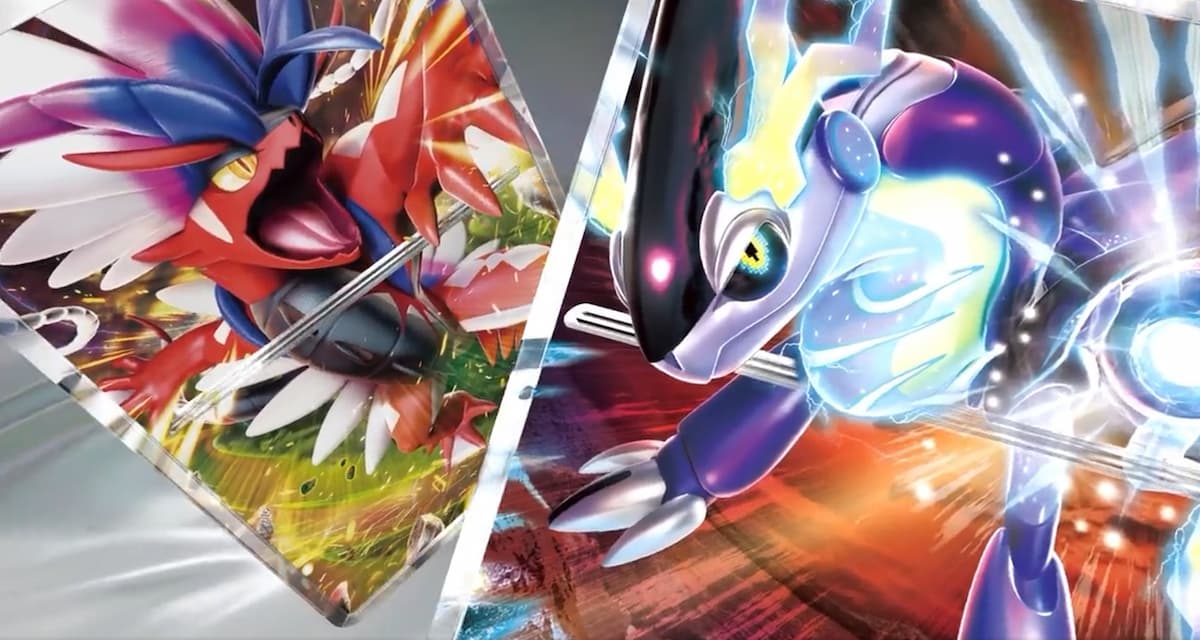 The final stage of the Pokémon Sword and Shield era in the Pokémon TCG is here, with The Pokémon Company revealing the first look at what is to come when Scarlet and Violet’s first expansion launches in 2023.

Instead of carrying over the Pokémon V, VMAX, and VSTAR mechanics, it appears that Pokémon ex are making a comeback, with both Koraidon ex and Miraidon ex being officially revealed at the 2022 Pokémon World Championships.

In this short reveal trailer, you can also see new cards for Mimikyu, Lucario, and Magnezone—though they are all hidden beyond the artwork for the most part, likely to hide additional elements that will be revealed later.

It was also confirmed that this iteration of ex-cards will be closer to the original EX cards from the Ruby and Sapphire era, in that they will evolve from other Basic or Stage Pokémon depending on their species. These ex-cards will give two Prize Cards when knocked out too.

There was also a brief tease of a crystal ex logo, which likely means that the Terastallizing mechanic from the Scarlet and Violet games will be tied into the returning card-type in a brand new way.

Just because ex cards have been confirmed to make a return does not mean the Pokémon V mechanic will be going away anytime soon with several new release still scheduled to drop throughout 2022, but it does mean players can expect something vastly different to come along with the “new standard” in 2023.

More details about the first Scarlet and Violet set for the Pokémon TCG will be shared later this year, likely closer to the game’s release on Nov. 18. Whatever the first set is will also likely release in December for Japan, while a February release for in the West lines up with what has held true for the last three generations of Pokémon TCG expansions.