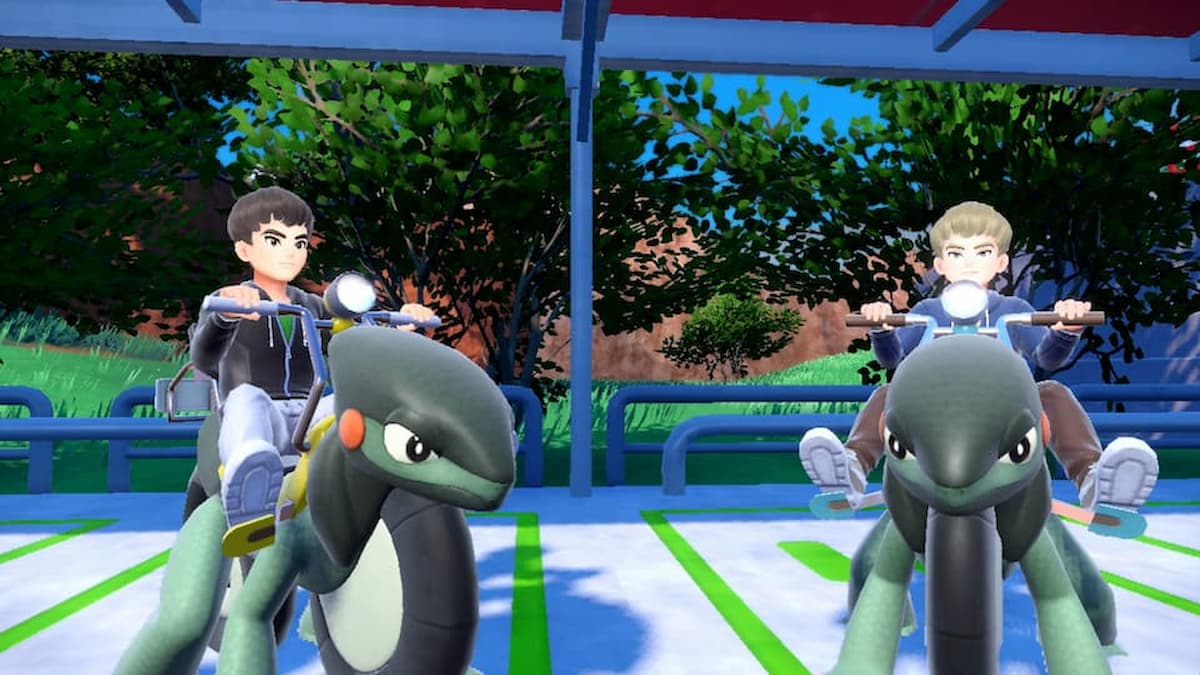 Pokémon Scarlet and Violet look like another attempt from Game Freak to shake up a traditional formula held by the franchise, with the main Legendary Pokémon featured on the game’s box art being heavily featured in the gameplay from very early on.

And, with such importance placed on both Koraidon and Miraidon as both Legendary Pokémon and a replacement mechanic for HMs/Ride Pokémon from previous games, the introduction of an oddly similar-looking Cyclizar might confuse some fans.

But with that information and the clear visual similarities to both Koraidon and Miraidon, there might be something tying the trio together.

While we don’t have official confirmation about Cyclizar’s potential connection to the box Legendaries, some fairly reputable leakers have given a glimpse into the potential spectrum that connects it to the past and future. In a somewhat literal sense too.

Several fans have pointed out that Cyclizar being green puts it smack dab in the middle of the light spectrum—sitting between Koraidon, infrared or scarlet, and Miraidon, ultraviolet. This is a creative use of both the light spectrum, the names of the games, and a core concept of those games being crystals, which are shown to deal with refracting light even in the limited gameplay we have seen.

Beyond that, numerous leaks have confirmed the existence of Paradox Pokémon, or versions of certain Pokémon species only found in the distant past or far future. These will reportedly be version exclusive and somehow tie into a past and present narrative, represented by the differences in Scarlet and Violet respectively. 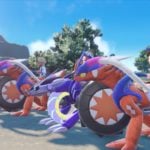 This is important for Cyclizar as two different sources said it could “be considered” as the modern basis for Past and Future Paradox variants: Koraidon and Miraidon. However, the leaks are clear that this is only a consideration, meaning it might not be as central to the plot or an evolutionary line as people think, though playing up the inclusion of Legendary Pokémon in a game has been something that the developers have worked with since Generation V and changing how it is done in each subsequent release.

It is very likely that, at most, the context will be laid out so players can either infer or loosely piece together that Cyclizar is tied to Koraidon and Miraidon via something similar to Paradox Pokémon. However, don’t expect something closer to that of Sun and Moon’s progression where we see Cosmog eventually evolves into either Solgaleo or Lunala.

The reference to Cyclizar being present in Paldea since ancient times might be as close to a confirmation as we ever get, though we won’t know until the games release.