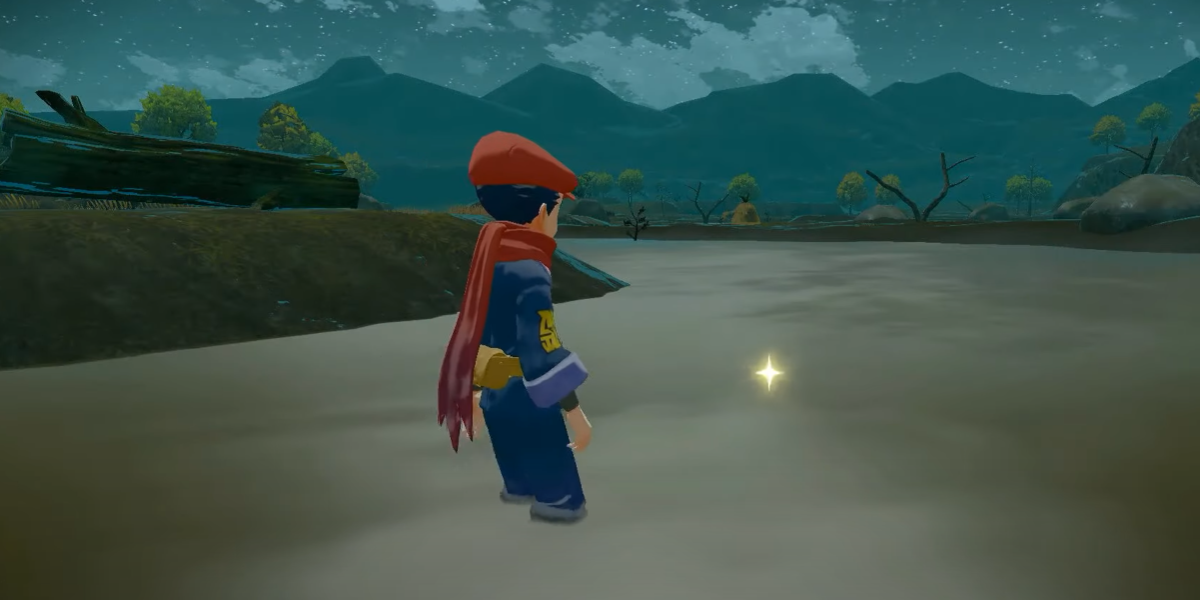 If you aren’t finding and catching Pokémon for NPCs, it’s likely that Pokémon Legends: Arceus will send you on a fetch quest to grab a lost person or item instead.

Talking to Yojiro in the Crimson Mirelands near the Sludge Mound, you will discover he was recently chased by an Alpha Hippowdon and lost a charm he was carrying while running away.

Because he doesn’t want to go back into the swamp himself, he tasks you with slogging through the mud and gunk to try and find his charm for him. This may sound tough, but because you know he was dealing with an Alpha Hippowdon, you can already narrow down the location to spaces where Hippopotas and Hippowdon are found.

To complete The Charm Lost in the Swamp request, head to the very center of the Sludge Mound, to the larger formations that look like a circle on the map. You will find the charm sitting under the mud nearby, which will trigger a cutscene and battle with a normal Hippowdon.

Defeat or capture the Hippowdon and Yojiro will appear to reclaim his charm once the battle ends, ending the request and rewarding you with five Iron Chunks and one Grit Gravel.