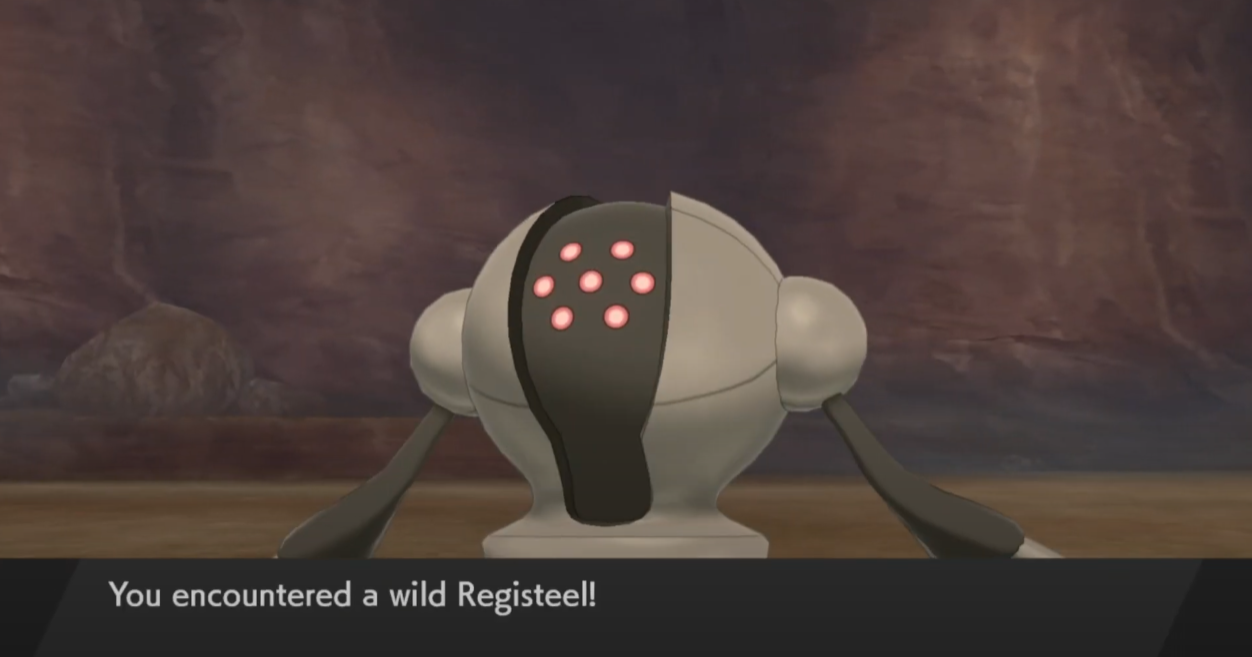 Pokémon Sword and Shield’s The Crown Tundra expansion did a lot to play on fan’s nostalgia while still trying to keep certain aspects of the new DLC fresh, including requiring special riddles to capture each of the Regis.

Each of the Titan trio, and their two new Galarian siblings, are locked inside the sealed doors of large temples scattered around The Crown Tundra’s map. You’ll need to locate each of the temples and solve three different riddles if you want a chance to battle Regirock, Registeel, and Regice.

For Registeel, you’ll need to find the Iron Ruins and follow the instructions on the sealed doors.

“Let ring the piercing note that will wake the giant of steel.”

Unlike the other two original Regis, you won’t need to bring anything special with you to get inside Registeel’s chamber. All you need to do is stand in front of the door and whistle.

To whistle, simply press down on the left stick of either your Joy-Con or Pro Controller. This will result in your character releasing a short whistle, which is usually used to draw wild Pokémon’s attention or startle them.

Once you whistle, the doors will slide open and you can enter the chambers of the Steel titan.

Then all you need to do is make sure all of the circles on the ground light up in the pattern shown on the rock golem in the middle of the room. This will cause the statue to light up and allow you to interact with it, which will trigger the battle with Registeel.

You need to capture Regirock, Registeel, and Regice to unlock the temple for Regieleki and Regidrago.