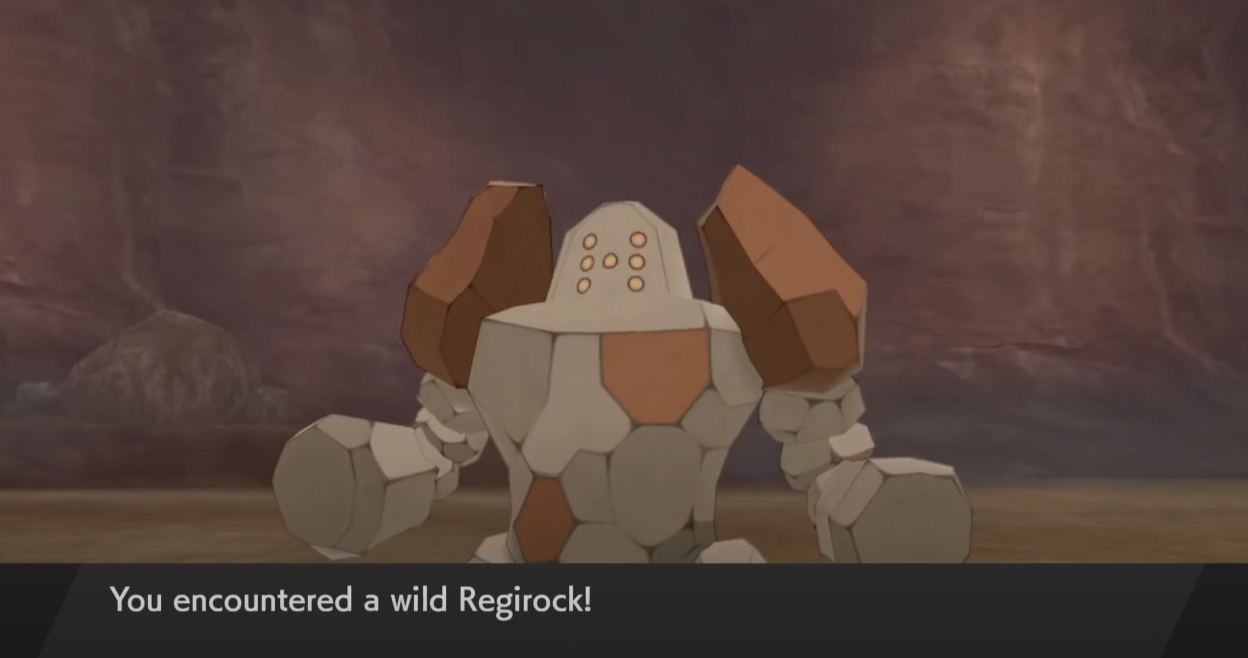 One of the main quests in Pokémon Sword and Shield’s The Crown Tundra expansion involves you traveling around the new area and trying to capture legendary Pokémon.

Of these legends, five are housed within ancient ruins that will require you to solve a riddle to enter and challenge them. These five are the Regis. You’ll first need to battle and capture Regirock, Registeel, and Regice to unlock the ruins that house Regieleki and Regidrago.

Regirock will likely be the first of the original Regi trio you encounter while exploring the tundra since the Rock Peak Ruins might be the least hidden of the four temples.

This riddle simply means you need to have the Pokémon sitting at the front of your party, the one that’s following you around in the overworld, hold an Everstone. The Everstone doesn’t let a Pokémon evolve if is holding it, giving it the title of a stone that never allows change.

Equipping the item and interacting with the doors will force them open, allowing you to enter the inner chambers of the rock ruins.

Once inside, make sure all of the floor panels light up in the pattern shown on the large statue. The statue will light up when you get it done and then you can interact with it, triggering the encounter with Regirock.