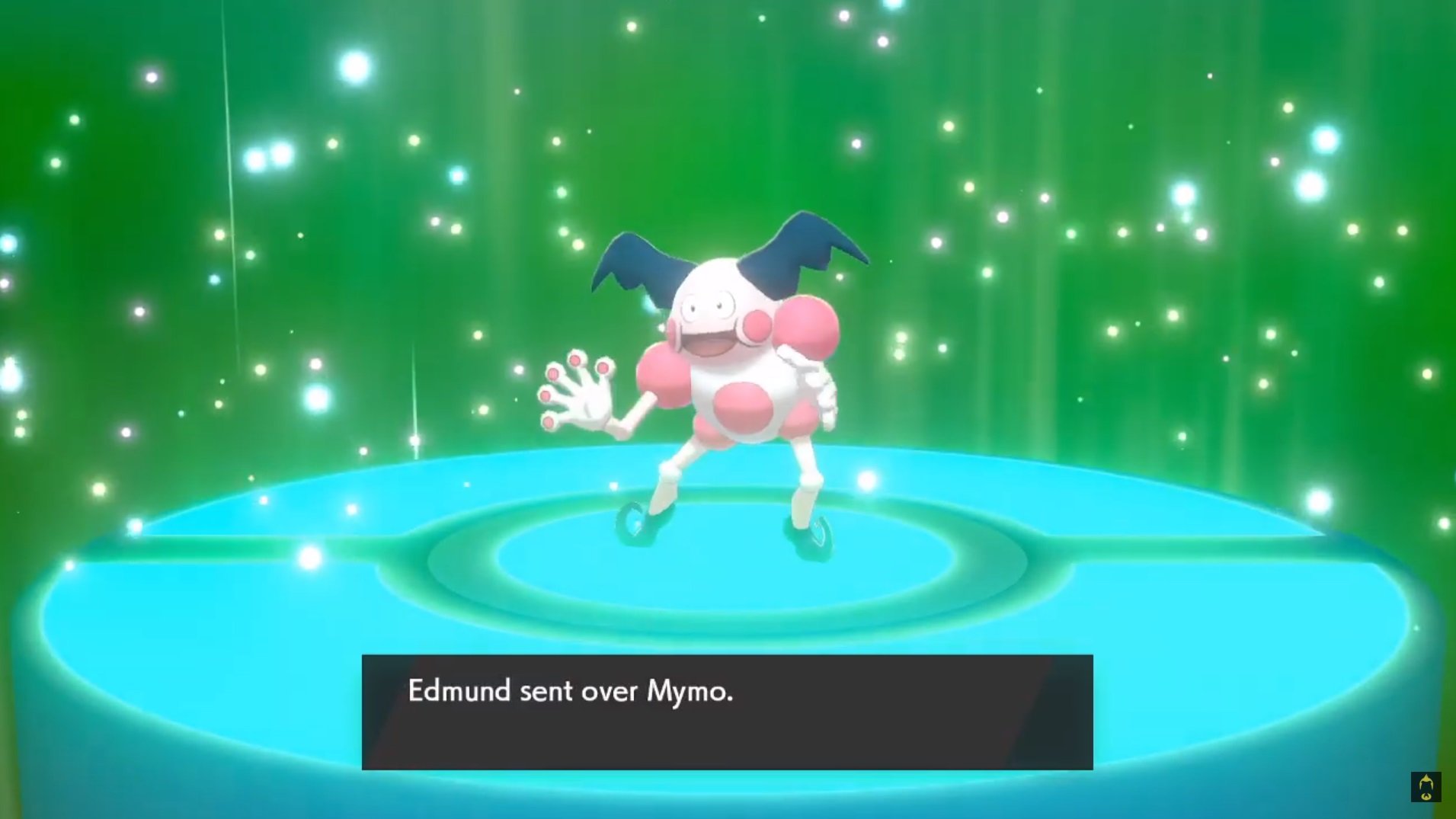 Everyone’s favorite mime can be obtained in Pokémon Sword and Shield.

Mr. Mime is a late-game Pokémon in Sword and Shield. Only it’s Galarian form can be found in the wild. The original, Kantonian form can be obtained, but it isn’t as easy as getting chased by one in the wild. For trainers who just want to complete their Pokédex, Mr. Mime’s Galarian form will fill that page sufficiently enough. But if you want to catch every Pokémon in the game, including all variants, you’ll need to get this Kantonian form.

Mr. Mime in its original form is a dual Psychic and Fairy-type Pokémon. Its stats are unimpressive. In a game saturated with Psychic and Fairy-types with better stats, Mr. Mime doesn’t stand out. Outshined by his Galarian form that picked up Ice as a type and gained an evolution to boost his stats, Kantonian Mr. Mime is for collectors instead of competitors.

How to get a Kantonian Mr. Mime

To get Kantonian Mr. Mime, players should first have an Obstagoon available. If you don’t have an Obstagoon, you can either catch one on Route 2, just west of Professor Magnolia’s house, or you can evolve a Linoone. Linoone are everywhere in the game and shouldn’t be hard to find.

Obstagoon can be caught after obtaining the water bike upgrade available on Route 9. Mr. Mime’s Kantonian form appears later than this in the game, so you’ll already have this upgrade. Go west from the Professor’s house, across the water. There will be some grass patches where Obstagoon spawn.

Kantonian Mr. Mime is hidden deep in Spikemuth. Fly to the Route 9 stop just outside of Spikemuth and bike deep into the interior to the end of the Gym Challenge area. A Team Yell grunt can be found sitting at a booth in the left corner. Speak to him and he’ll request an Obstagoon for his Mr. Mime. Accept the trade and you’ll get a Kantonian Mr. Mime.

As with Sun and Moon, breeding Pokémon with a regional form will result in offspring with a regional variant instead of the original. So outside of trading with another player, this is the only way to get a Kantonian Mr. Mime until Pokémon Home arrives.

Kantonian Mr. Mime doesn’t shine in the game, but there’s satisfaction in getting all of the available Pokémon in Sword and Shield to complete the limited Pokédex, regional variants and all.