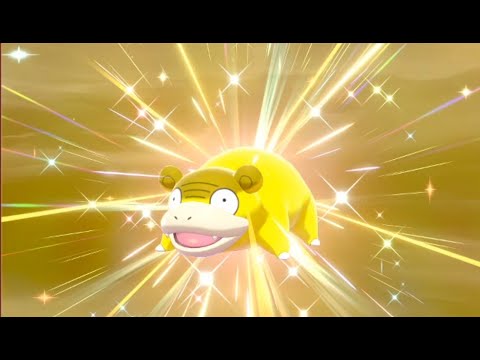 Galarian Slowpoke is here. A free update in Pokémon Sword and Shield added it to the game today following the news that DLC expansions with hundreds of new and returning Pokémon are coming to the games.

Obviously, with any new Pokémon release, shiny hunters are quick to try and get their hands on the shiny variant of that Pokémon—and Galarian Slowpoke is no exception.

It seems as if the original encounter with Galarian Slowpoke in Wedgehurst is shiny locked, as far as we can tell. That means no matter how much you soft reset the encounter, you likely won’t get a shiny Pokémon from it.

As such, the only way to get one that’s been proven to work so far is from egg breeding, ideally using the Masuda Method. You’ll need to use a Ditto from another region with the Slowpoke to increase the chances of a shiny Pokémon hatching from an egg.

With this method, you should get a shiny variant sooner or later. It’s all down to luck, though, so you could be at it for hours, days, or even weeks.