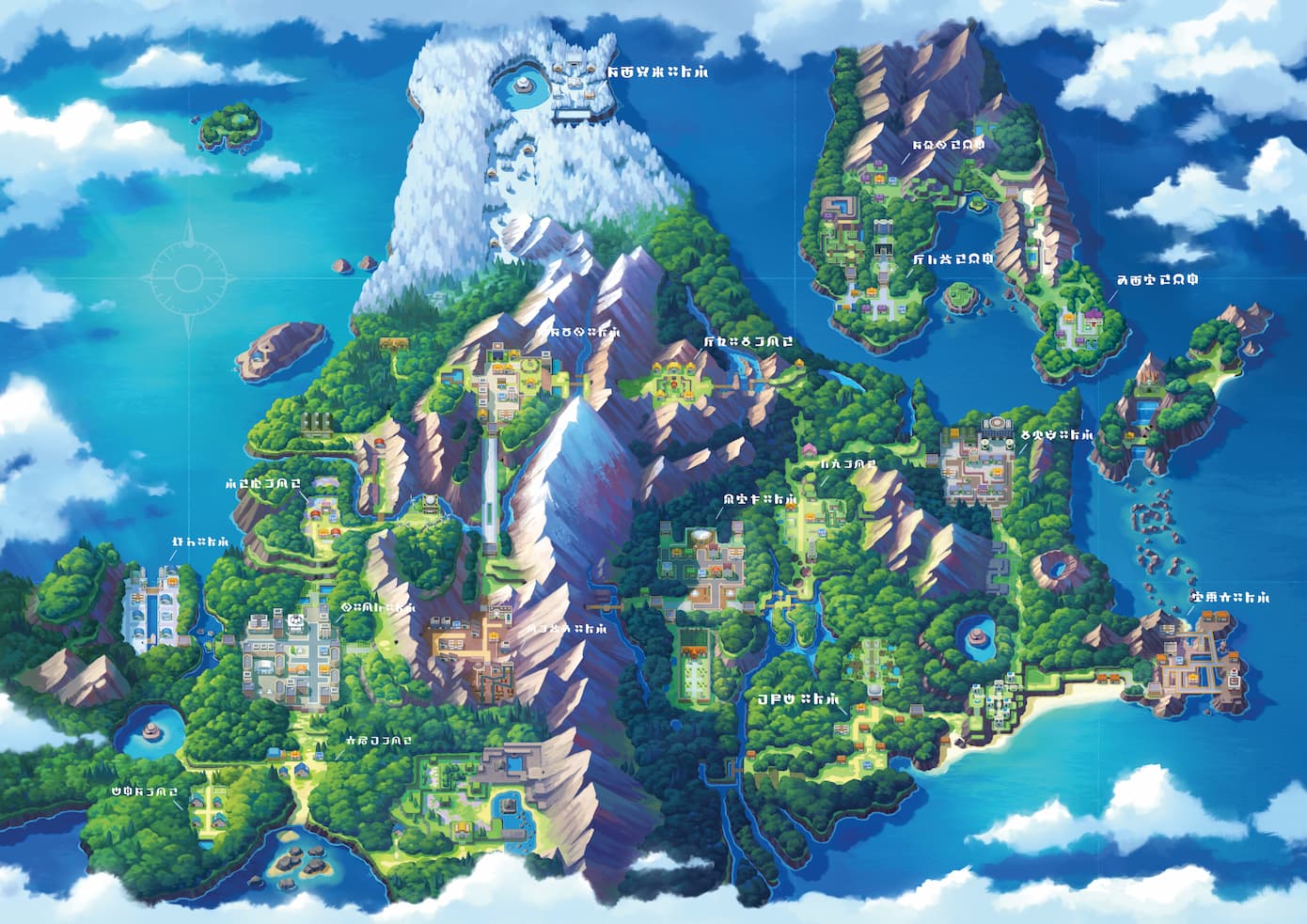 A complete Sinnoh Pokédex in Pokémon Brilliant Diamond and Shining Pearl allows the player to access new opportunities in the post game, yet one Pokémon may elude players due to its strange encounter method: the Forbidden Pokémon, Spiritomb.

For many players, the only time they will see Spiritomb is as a part of Champion Cynthia’s team—where the Ghost and Dark-type Pokémon will be the first to greet the player. In the original Pokémon Diamond, Pearl, and Platinum games, this typing unique to only two Pokémon had no weaknesses, making Spiritomb a formidable foe that paired nicely with the remainder of Cynthia’s team.

With the introduction of the Fairy-type in Pokémon X and Y, Spiritomb now has one weakness. Now that Fairy-types are available in Brilliant Diamond and Shining Pearl, players may find taking down the Forbidden Pokémon somewhat easier.

To encounter one’s own Spiritomb, players must progress through numerous, somewhat tedious steps. First, players must obtain the Odd Keystone item, which is given to them after interacting with a Black Belt NPC on Route 208 next to the Honey tree. Players must then venture to Route 209, to the right of Hearthome City. Upon progressing through the route, they’ll stumble upon a structure known as the Hallowed Tower, and be prompted to place the Odd Keystone inside. Then, the fun part begins.

Once the Odd Keystone is placed in the Hallowed Tower, players should venture into the Grand Underground, where they must encounter 32 or more characters. This includes NPCs and players in the Underground. After coming across this amount of trainers, touching the Hallowed Tower will prompt a wild Spiritomb to attack the player, which they have the opportunity to battle and capture.

This is the only Spiritomb that players can encounter in Pokémon Brilliant Diamond and Shining Pearl, unless players can get their hands on another Odd Keystone through the Grand Underground, where they can repeat this process to find yet another Spiritomb. It can also be bred when players reach Solaceon Town.