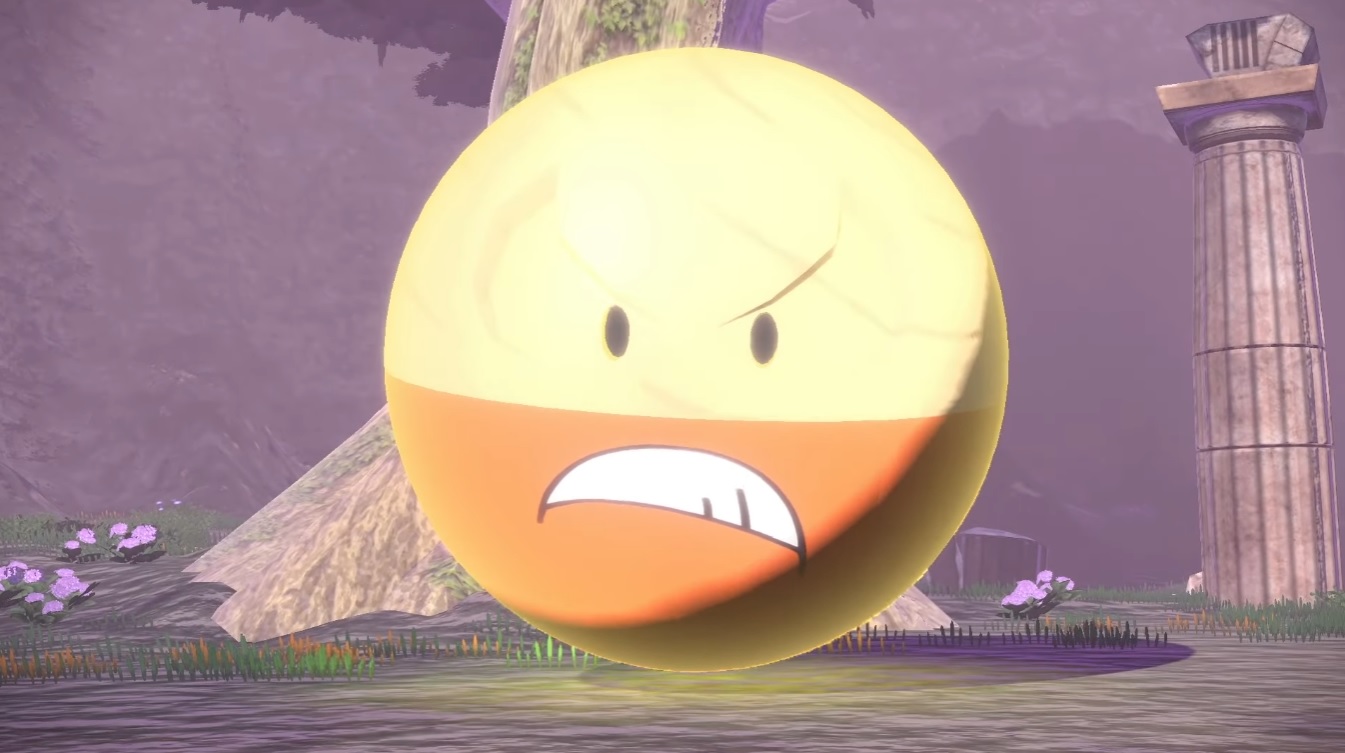 There is a noticeable difficulty jump when you reach the third Noble Pokémon fight in Pokémon Legends: Arceus, but the curve goes up once again as soon as you prepare to face the Lord of the Hollow, Hisuian Electrode.

The Electric/Grass-type regional Pokémon has a variety of moves that can all deal big damage that piles up quickly, with some moves being direct and others having a lasting effect that turns Moonview Arena into a minefield.

Just like with the other Noble Pokemon up to this point, you will need to use your skills at dodging attacks and throwing Balms to weaken Electrode before getting the chance to challenge it to a traditional Pokémon battle. And, with some tips, you should be able to limit the danger you will face going into what many players view as the hardest boss battle in the game’s main story.

How to beat Noble Electrode in Pokémon Legends: Arceus

To beat Electrode, you’ll first need to know how its moves work.

As one of the trickier bosses in the game, Electrode will throw out a handful of attacks that could hinder your movement. This includes multiple small explosions that will impact set areas, multiple balls of electricity that follow the player around, and a massive AoE self-destruct move.

The small explosive balls are the easiest to avoid. Simply roll out of their damage range and you can toss some Balms while waiting for the next attack.

Next, the electric orbs that chase the player will muck up the battlefield. You will need to roll around in order to avoid being electrocuted, which means you will likely not get to throw any Balms at this stage of the fight unless you want to be a bit risky. Waiting for Electrode to use its next move will cause the balls to vanish, clearing your way to focus again.

Its final move is a large hop, followed by Electrode crashing back to Earth before getting ready to self-destruct. This is a long-range AoE attack with a large damage zone around the Pokémon on the ground.

All you need to do is keep running out of the displayed zone until it stops expanding. Once Electrode detonates, you can toss one of your Pokémon at it to initiate a battle. And, if you win, you’ll have an opportunity to toss a ton of Balms with no threat.

Even with this knowledge, the fight can be difficult, so it may take a couple of tries to beat it if you aren’t careful.