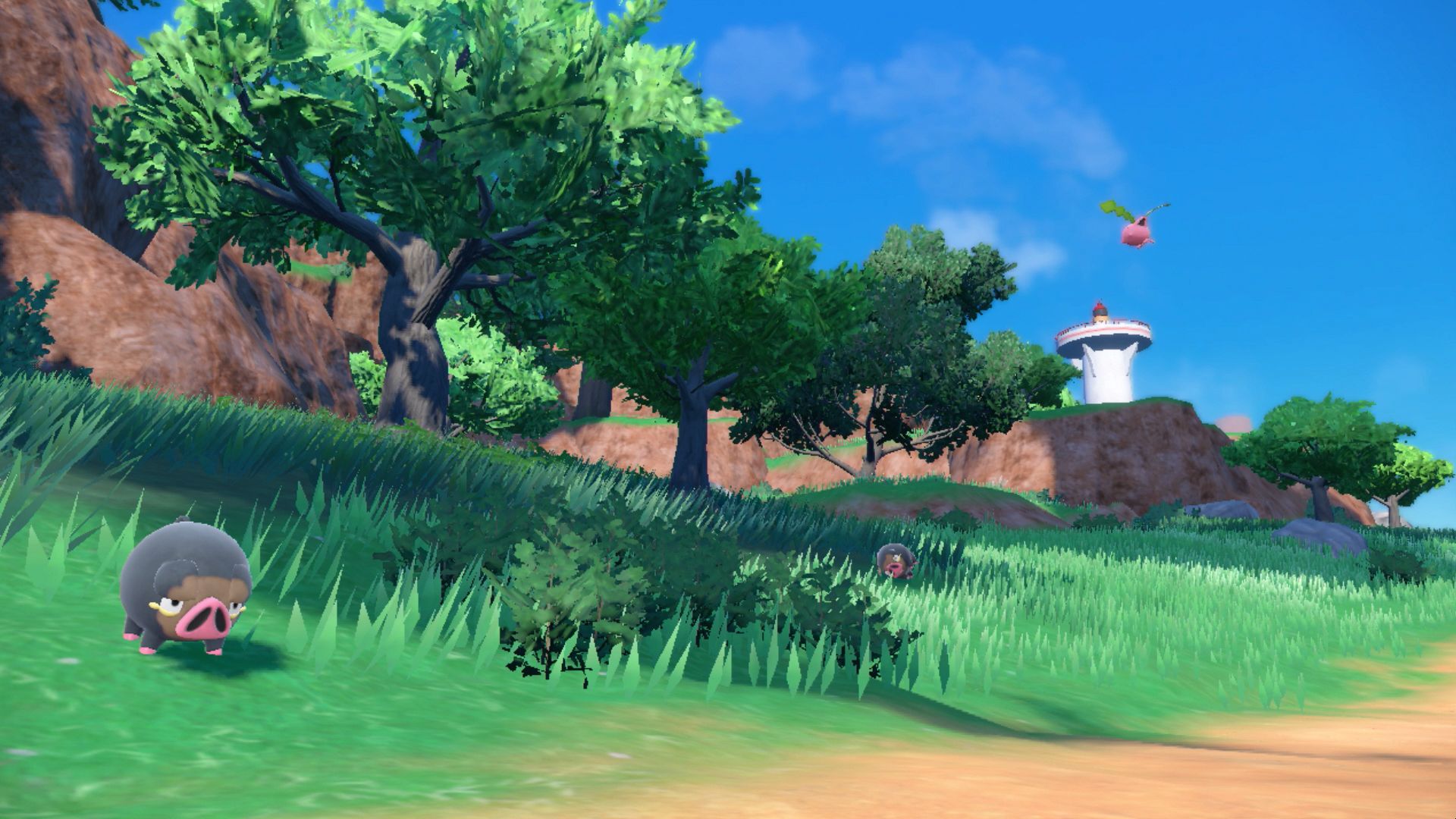 Pokémon Scarlet and Violet is set to be released later this year, and as time goes on, more details about the game are being revealed. In the Aug. 3 Pokémon Presents, fans got another in-depth look of how the game will play.

The closest game that can be compared with SV is Pokémon Legends: Arceus. Until the game releases or The Pokémon Company releases more information to the public, fans will have to use the clues in the Pokémon Presents videos in order to figure out how the open world will work.

The world of Paldea is full of open spaces, lakes, towering peaks, wastelands and mountain ranges. There will be some points of interest throughout the open world including markets, villages, and more.

In the center of the region is Mesagoza, the largest city in Paldea. Players can find their game’s Academy, which is the school players will enroll in depending on the version of the game they buy. On their Rotom Phones, they can find a map of the region with all sorts of information on it, including nearby towns, Pokémon Centers, and where to find wild Pokémon.

There are likely no loading screens in Pokémon SV. The game will likely borrow the travel system from Pokémon Legends: Arceus where there are points of interest that players can fast travel to. Early in the game, players will have access to the Legendary Pokémon that come with their version of the game.

Koraidon and Miraidon have several forms that allow them to traverse different terrain throughout Paldea. They can travel through land, air, and sea in their different transformations, allowing players to truly choose where they start their journey. Imagine the Wild Area of Sword and Shield, but for the entire game, and that is likely what SV will feel like.

Not only are players able to traverse wherever they want, but players can also choose one of three courses for the story. Because the world is so open, players can choose how they want to experience the games. They can tackle the gyms in order like in previous main series games, or they can level up all of their Pokémon first and then breeze through the gyms, or take one of the other two storylines.

More information about how the open world works will likely be released in the coming months leading up to the release. The game comes out on Nov. 18 and pre-orders for the game are currently open, with some pre-order bonuses if you buy the game early.