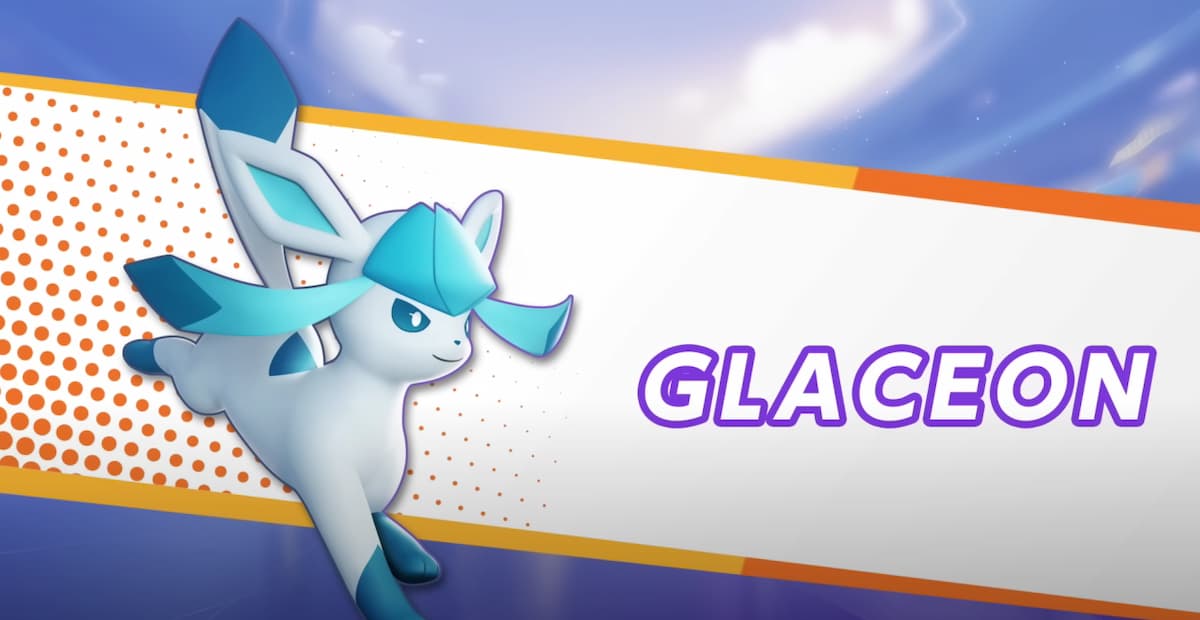 The UNITE license for this new attacker can be purchased from the store or earned via in-game missions as part of the Icy Glaceon Challenge. Starting today, the Icy Glaceon challenge will run through to Sunday, Aug. 14, so there is still plenty of time to score Glaceon for free.

As the third Eeveelution to join the game, there are plenty of similarities between Glaceon, Sylveon, and Espeon but of course, the new addition has a unique skill set of Ice-type attacks. This ranged skillset is perfect for Glaceon’s high-damage offense, allowing it to remain at a distance and not allow enemies to exploit its low durability.

While Glaceon was the only new Pokémon added in today’s patch, the first-anniversary event has also brought with it other goodies, including a new game mode called Boss Rush Mode where players will work together to defeat powerful boss Pokémon and earn themselves rewards in the process.

During the first anniversary event, there will be other new Pokémon added that have previously been announced.

These include Tyrantiar on Aug. 4 and Buzzwole on Aug. 16. These additions will add to the ever-growing roster of playable Pokémon in UNITE. You can read more information about the patch and its specifics here.

As the huge Anniversary patch is now live, players can add Glaceon to their collection in Pokémon UNITE now on both mobile and Nintendo Switch devices.