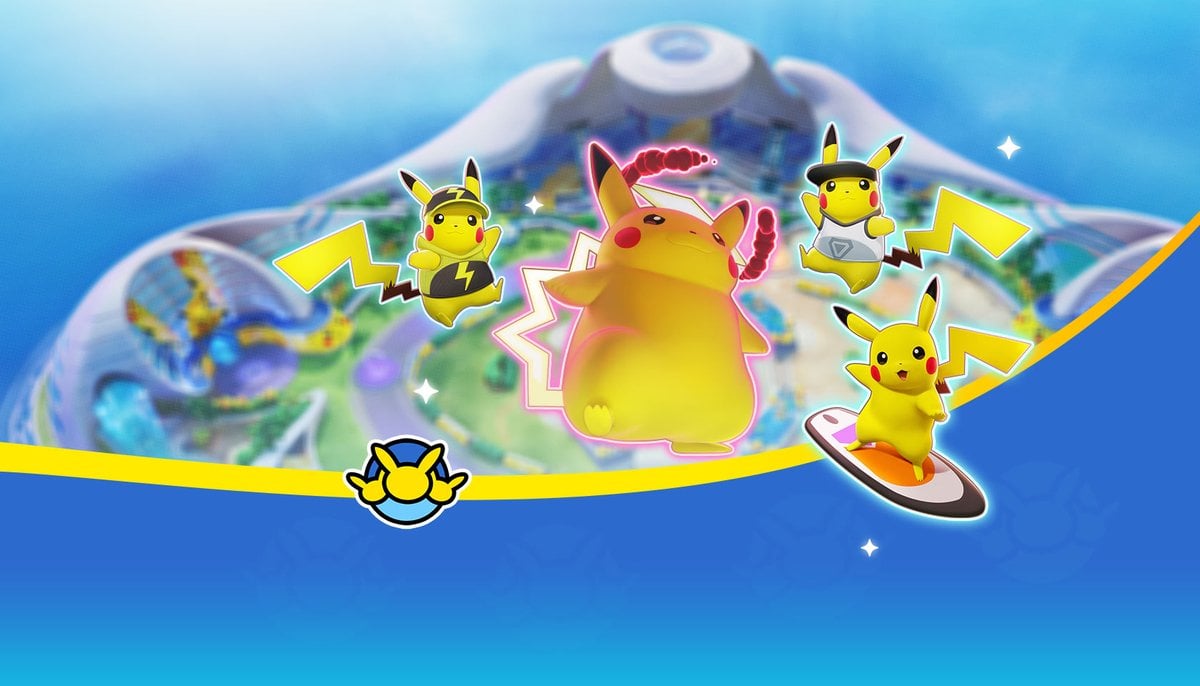 Pokémon UNITE is officially one year old, and it is just as easy to pull data from the game now as it was back when it launched, at least based on how much information was pulled from the game in its latest update.

Along with the first-anniversary update, which includes multiple events, Glaceon being added to the game, and an entirely new stat-boosting emblem mechanic, dataminers have already pulled a lot of information about content coming down the line too.

The biggest piece of data is another entirely unique game mode that will follow the currently running Boss Rush arena, this time making sure Pikachu fans are well taken care of. TiMi Studio is bringing in multiple different iterations of Pikachu, including Surfing Pikachu and Gigantamax Pikachu, and making them the focal point of a “Pika Party Mode.”

This Pika Party Mode will only allow players to play as Pikachu and will add objectives that are other forms of Pikachu. For example, Surfing Pikachu will give players movement speed and make you resistant to hindrances for a set amount of time if you defeat it, “Steely” Pikachu will grant you a shield that nullifies some incoming damage, and “Shocking” Pikachu will hit opponents with thunderbolts to slow them down.

Gigantamax Pikachu will replace Zapdos in the center of the stage, and defeating it will essentially serve the same purpose as the Legendary bird. But it is Chonkachu, so everyone will cheer and be happy. Plus it puts the idea of using existing forms of Pokémon from previous games in special modes, which could open the door for some cool experiences down the line.

According to the data, Pika Party Mode will be added on Aug. 4 and be playable until Sept. 2.

Oh, and if you were expecting UNITE to not find additional ways to try and make players pay actual money to get the most out of the game, then another discovery will end that idea.

Buzzwole and Tyranitar will also follow this trend, unless the data is mistaken, with the first Ultra Beast in UNITE set to cost 12,000 Aeos Coins and Tyranitar taking it even further to 14,000 coins. They will still cost 575 Aeos Gems though, so if you really want them, the developers and publisher are hoping you will utilize microtransactions.

In addition to the new mode and unfortunate price inflation, text for an “Account Deletion System” was also discovered, showing that an option to fully delete your UNITE account is likely going to be added soon. It is unclear how heavily requested this feature was, but having something like this won’t change much for the majority of players.

Plenty of data for new items, such as Pokémon Face Hats for Delphox and Venusaur, Tyranitar and Buzzwole-themed avatar items, and event a shirt for the Pokémon World Championships were discovered too.

Oddly enough, no information about the three Pokémon that were teased to be released in the second wave of anniversary celebration events was found. This just means that we will have to wait until closer to September to learn more about the post-Tyranitar newcomers who will be joining the battle later.