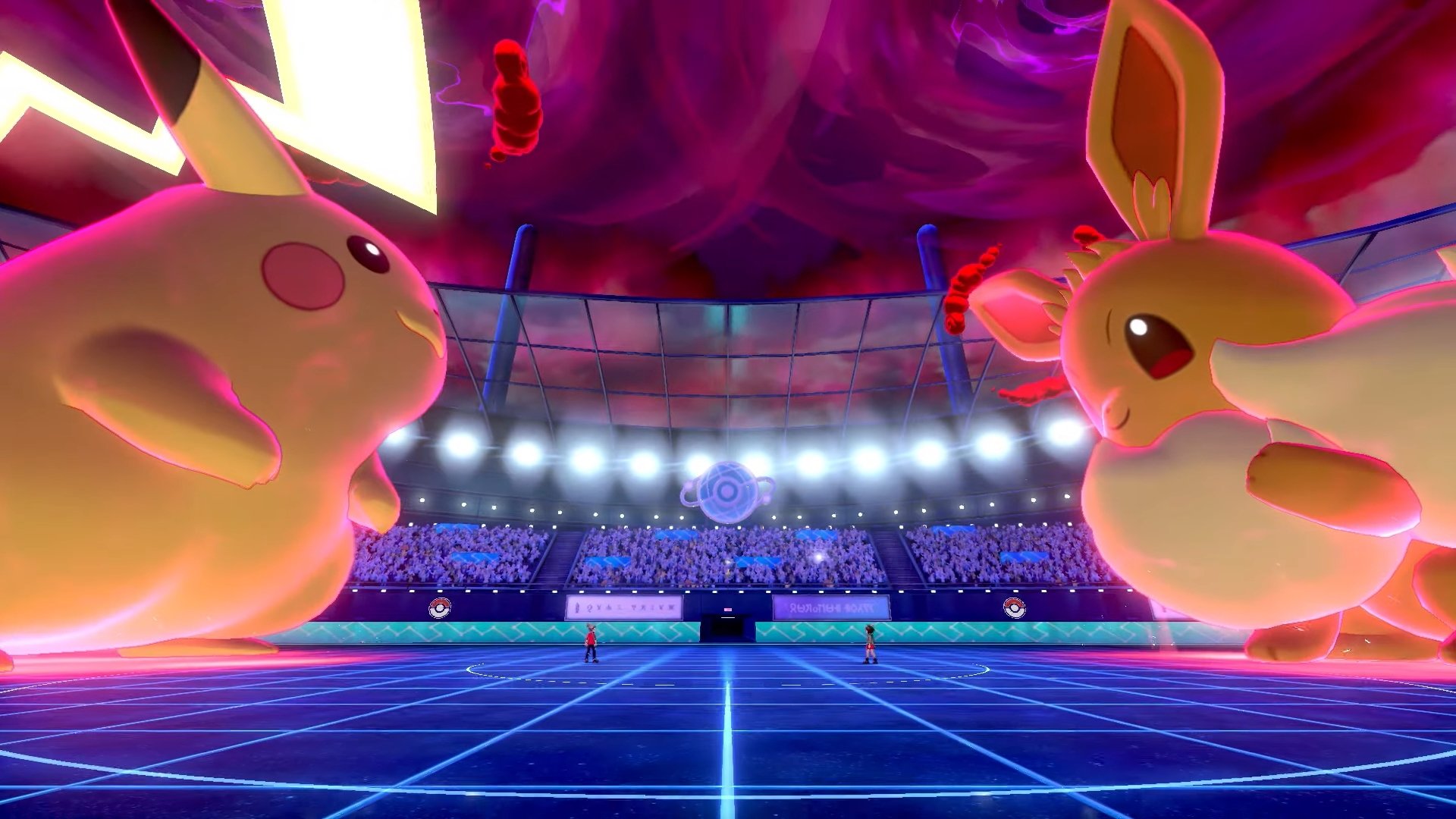 Pokémon Sword and Shield are showing more love to Pikachu and Eevee with new Gigantamax forms. But to get them to reach these forms, you’ll need to have played Pokémon: Let’s Go, Pikachu! and Let’s Go, Eevee!

Each of the new Gigantamax forms will be exclusive to trainers who have played the first Pokémon main series games released for the Nintendo Switch. If you played Pokémon: Let’s Go, Pikachu!, you’ll unlock Gigantamax Pikachu. You’ll get Eevee if you have save data for Let’s Go, Eevee!

The giant electric rat closely resembles the original design used in Pokémon Red, Blue, and Yellow. Pikachu will also gain a new move called G-Max Volt Crash, which will paralyze and deal damage to all opponents on the field.

A Gigantamaxed Eevee will also get a special move along with bigger ears and a fluffier tuft of fur around its neck. G-Max Cuddle will cause all opposing Pokémon that are the opposite gender of Eevee to become infatuated, which means they’ll have a chance to lose their turn.

This new batch of Gigantamaxed Pokémon, which includes Pikachu, Eevee, Charizard, Meowth, and Butterfree, was leaked earlier in images from CoroCoro, but most of the details were just skimmed over. The new moves and how to obtain each Pokémon weren’t shown in the initial scans, however.

Further details about those Pokémon weren’t revealed, but fans will likely learn more before Pokémon Sword and Shield release worldwide on Nov. 15.