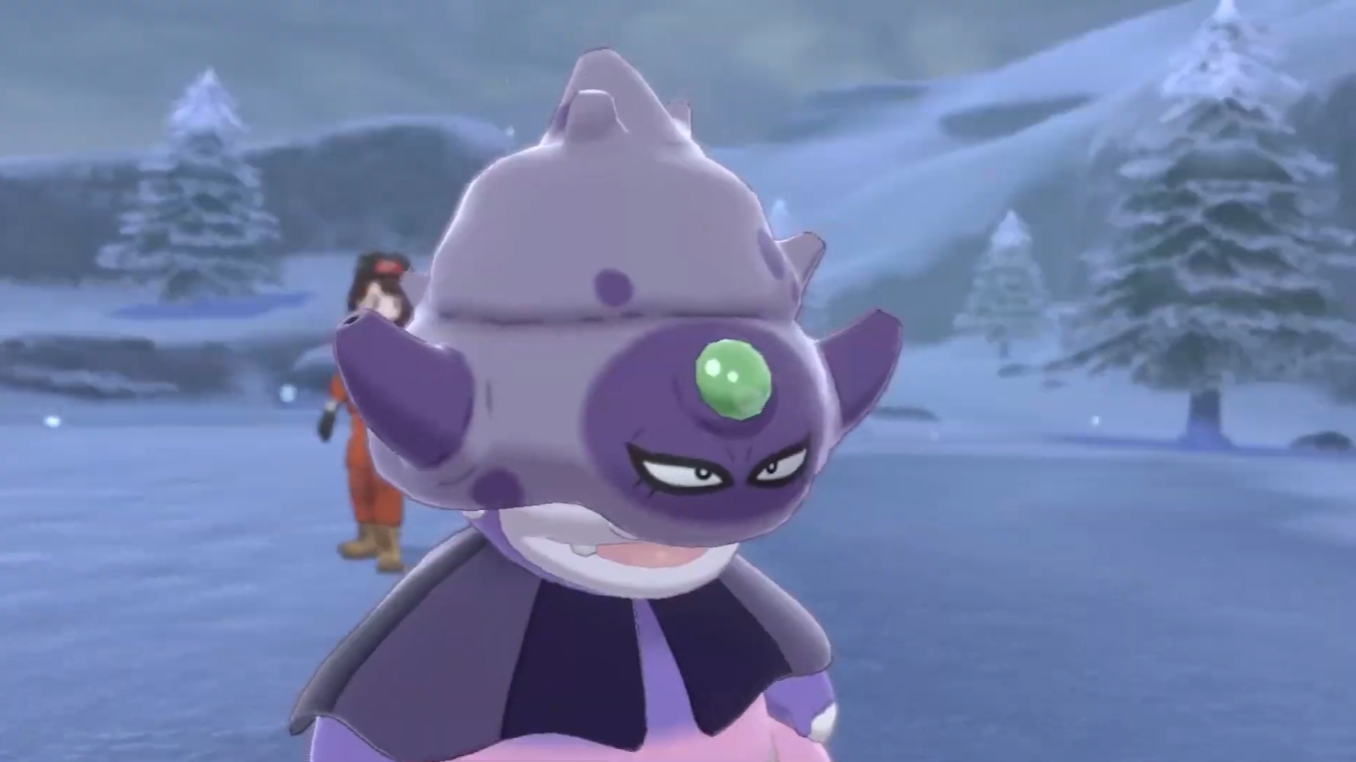 While Galarian Slowking wasn’t shown off in detail during The Crown Tundra portion of the Pokémon Sword and Shield presentation earlier today, fans did get to see what it looks like after months of teaser images from Game Freak.

Along with seeing the newly categorized Hexpert Pokémon, trainers also got some new details about what they can expect from Galarian Slowking when it releases with The Crown Tundra expansion on Oct. 22.

As expected, Galarian Slowking will keep the Poison/Psychic-typing that its pre-evolution and Galarian Slowbro have held for their regional evolutionary line. The Shellder that caused the evolution triggered specific chemicals that caused it to become a hyper-intelligent Poison-type.

Apparently, Galarian Slowking are known to communicate through intricate incantations, which are also used to cast mysterious spells when using moves in battle.

As for its new signature move and ability, both have interesting implications for how Galarian Slowking could be used in competitive play upon release. Eerie Spell is a Psychic-type attack that will have a high base power, making it a solid option already for most Slowking sets. But on top of hitting hard, it will also take away three PP from the last move used by the opponent it hits, which could be dangerous when used correctly in VGC matches.

Its new ability, Curious Medicine, can also be useful since it resets all allies’ stat changes when the Pokémon is sent out. For teams that don’t use a lot of stat-boosting moves, this could be a great way to counteract things like Intimidate on opening turns.

We still don’t know exactly how you’ll be able to obtain Galarian Slowking in The Crown Tundra, but more details should pop up in the coming weeks as we get closer to that Oct. 22 launch date.