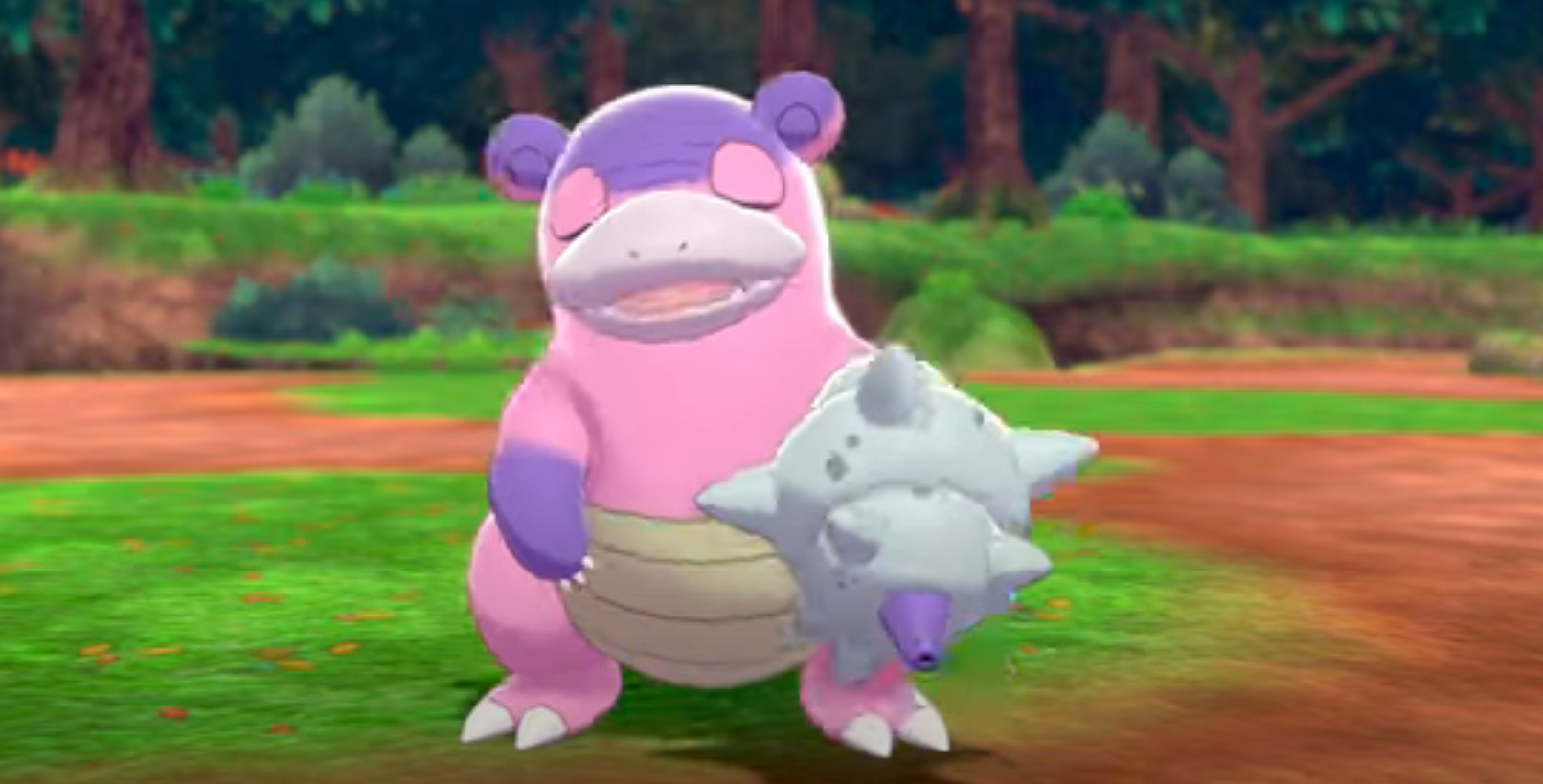 After months of waiting, The Pokémon Company officially showed trainers exactly what Galarian Slowbro will look like in Pokemon Sword and Shield today.

The Pokémon isn’t that much a big surprise, though. Earlier this year, it was initially teased to be coming to The Isle of Armor DLC this month when the team added Galarian Slowpoke to the game as free DLC. But fans have still been wanting to see what it actually looks like for some time.

Galarian Slowbro is a Poison/Psychic-type Pokémon. It has the new ability Quick Draw and a new move called Side Arm Smash, which only it can learn. It poisons the opponent and deals physical or special damage based on which would do more.

The Pokémon was revealed as part of today’s DLC stream, which also confirmed that The Isle of Armor DLC will be launched on June 17. The DLC is one of two that’s included in the Pokémon Sword and Shield expansion pass.

There are no signs of Galarian Slowking, however, who is expected to be added into the second DLC pass, The Crown Tundra, later this year. Fans will still need to wait to see what that Pokémon looks like.

There’s no release date for The Crown Tundra yet. The Isle of Armor will become available in just over two weeks.