The Pokémon Company has dropped more details about the upcoming Pokémon OCG sets, Sky Stream and Towering Perfection. And in a return to pre-Sword and Shield sets, the Dragon-type Pokémon card is coming back as a focal point of the new sets. 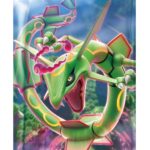 We already knew that Dragon-types would be a big part of the next sets, with Rayquaza and Gigantamax Duraludon being the cover cards for their respective packs. Now, we have seen multiple cards from the set, including Rayquaza V and VMAX, Duraludon V and VMAX, and many other Dragon-type releases. 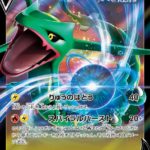 Pokémon like Hydreigon, Altaria, Appletun and Flapple, Drampa, and others are included as evolutionary lines, with some like Applin and Swablu becoming Dragon-type upon evolution. Ampharos even makes an appearance, though it is unlikely Mega Ampharos will make an appearance despite being part Dragon-type.

Dialga also has a Dragon-type basic card, so we could see other Dragon-type Legendaries like Palkia, Giratina, and others included in this release too. Other revealed Pokémon V include Dragonite V and Noivern V. 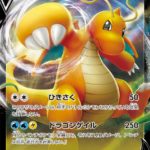 Dragon-types will continue to have no weakness, while using various Energy depending on aspects of each Pokémon, such as Dragonite V using Water and Electric Energy.

For collectors who were looking forward to some of the new Trainer Cards, both Raihan and Zinnia will be included in Sky Stream and Towering Perfection. They will likely receive Full Art / Full Body cards that will end up being chase cards in the set. 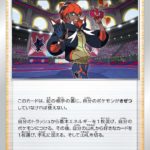 As previously revealed, Sky Stream and Towering Perfection will each feature 67 cards, not including additional rarities such as Secret Rares. A version of Rayquaza V, Drampa, and Turtonator will be included as promos.

We also know that Towering Perfection will focus on Single Strike cards and be headlined by Duraludon VMAX, while Sky Stream will keep with its namesake and Rayquaza VMAX, plus new Rapid Strike cards. Both sets will launch in the OCG on July 9.

The next Pokémon TCG set, Evolving Skies, has already been revealed for August 27 release and will almost certainly combine Sky Stream and Towering Perfection, with a few cut cards dropped before making the jump to English.

More details about Sky Stream, Towering Perfection, and Evolving Skies will be shared in the coming weeks.