Everyone wants to be the best, like no one ever was. 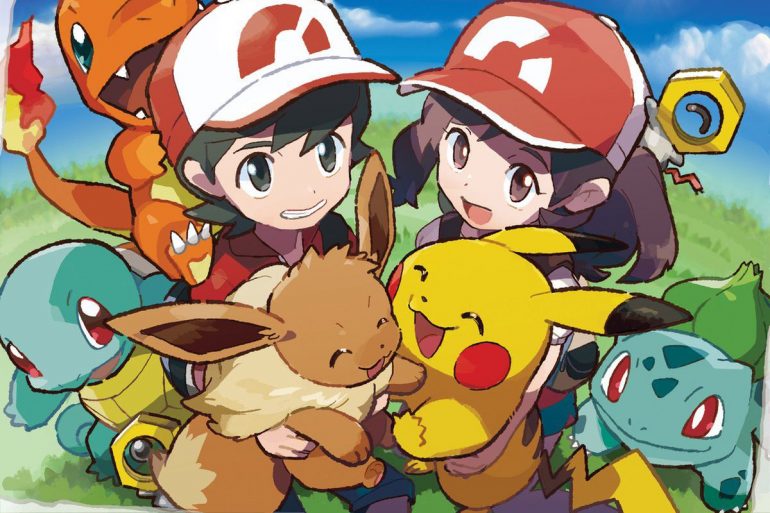 The 2019 season for the Pokémon World Championships is slowly drawing to a close with some of the best players looking to stake their claim for the title in Washington, D.C. this August.

Competitive Pokémon events have been around for a while now and they’re a great way for young fans to get involved in esports. Each year, something different is always guaranteed. The 2019 finals might be Pokémon Ultra Sun and Moon’s last event as we look toward the future with Sword and Shield on the horizon. The release of a new game can have a major impact on the scene and give fresh faces the chance to start their own esports journey.

Here’s why Pokémon events are so successful at bringing children into a competitive gaming scene.

Competitive Pokémon events are split into three different tournaments with areas set up for the card game, the main series RPG, and Pokkén in a single location.

These tournaments are then split into different age groups to level the playing field. You’ll never see a 13-year-old face off against an older gentleman, for example, even if they’re playing with the same team or playstyle.

Each game usually has its own meta, with the top trainers using similar or slightly different teams, decks, or fighters on their road to victory. At regional events, players look to finish as high as possible to earn championship points to get an invite to Worlds at the end of the season.

While the Pokémon games are fun to play and enjoyable from a casual perspective, the techniques that players use to exploit the creatures’ stats, such as IV and EVs, really push the game to the next level. You don’t need to know about any of this stuff to enjoy watching the matches live on stage, however.

The Pokémon Company is also helpful in how it sets up events by offering fans of all ages a range of activities to take part in aside from the competitive play on offer.

At some of the esports events we’ve attended over the years, there always seems to be a disconnect between the players and the fans in terms of how the tournaments are set up.

You sit with a group of nameless fans in a large stadium watching five to 10 people on a stage play a video game. After a few games, a winner is crowned, they go backstage, and they potentially appear at a fan meet and greet for a few minutes. You feel a disconnect at times between the players and the fans, and after the match is over, the next is played until an overall victor is crowned.

But at a Pokémon event, there’s a lot more emphasis on atmosphere, togetherness, and things to do for competitive and casual players alike.

Families are at these events, bringing their kids along to play, watch, and have fun with others. Mothers and fathers sit down idly playing cards with their toddlers while kids go to the main stage to watch trainers battle or trade rare Pokémon with each other. Players, superstars, and upcoming rookies are all in the same space together in a mix of fun and competitive spirit gelled into one big mess.

What the Pokémon Company achieves with its events is something special. There’s the competitive side of things, but there are also other events and smaller activities for spectators or those who are unfamiliar with Pokémon to take part in for a chance at winning a series of prizes ranging from plush toys to Nintendo Switch consoles.

This gives people who are unfamiliar with the Pokémon competitive scene a space to learn the game. Someone who might like the games or comes to the events as a casual fan can leave with a bit more competitive knowledge just by being able to watch what a pro is doing up close, instead of on a stage. You get a sense of how their mind works and get to physically see what they’re doing from a few feet away.

The events offer a gateway for casual players to become competitive in the future and advertise an esports future to a younger audience that might not be familiar with the concept. And there’s truly something for everyone to get involved in at these events. Even if people don’t fully understand what’s going on with the competitive aspect, the casual fans attending still have plenty to do.

This is something that’s painfully missing in other esports events. But only Pokémon could achieve this due to the game’s core emphasis on being fun and bringing people together to catch ’em all.