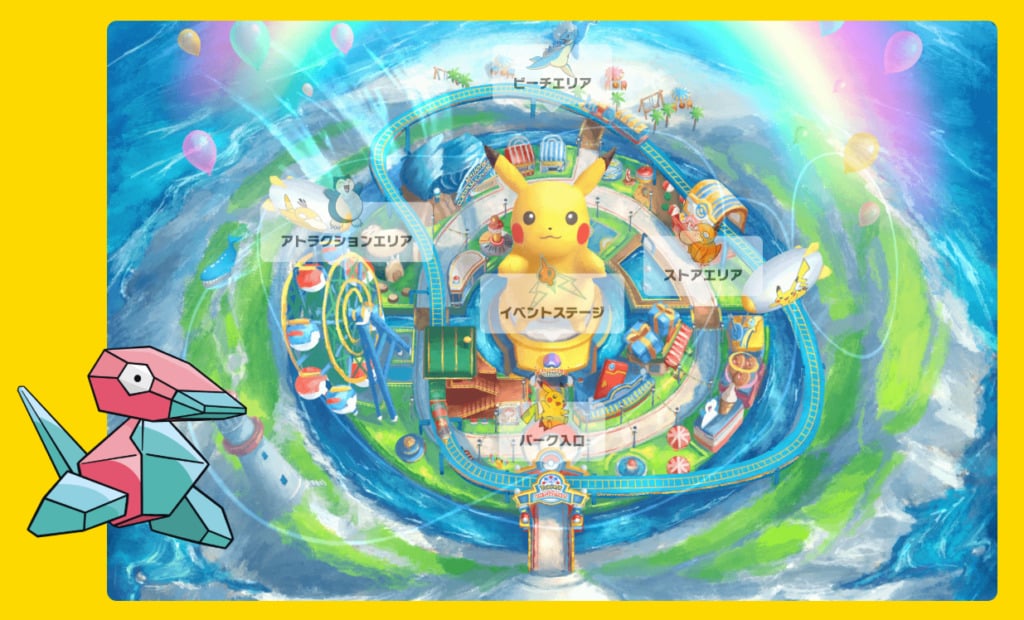 The Pokémon Company announced a Pokémon theme park virtual experience today. The Pokémon Virtual Fest will run from Aug. 12 to 31 via the Cluster app.

The online event is being organized as if it was only in Japan. That doesn’t mean trainers from other countries can’t attend the event, however. The app in which the Pokémon Virtual Fest will be hosted is available for other nationalities outside of Japan.

The event will be completely in Japanese, though. So you’ll only be able to enjoy part of the experience if you don’t understand the language. Many attractions will only be unlocked as players solve puzzles and codes, which will probably require knowledge in Japanese, in the Missions game.

The Event Stage is where Sword and Shield battles will be broadcasted, along with several other events. The Attraction Area will hold a set of different rides for trainers to experience, like the Gigantamax Ferris Wheel and the Galarian Weezing Train. The rides shouldn’t be impacted by a lack of knowledge of the language, but everything happening in the Event Stage will be affected.

Trainers will be able to take pictures in the Beach Area and buy various items such as customization parts for their avatar in the Store Area. The park also has several mini-games, including Inteleon’s Shooting Shop and Dugtrio’s Ring-Throwing Shop.

If your access from outside of Japan is blocked when the theme park is opened, you can always try using a VPN service, which changes your network connection location and gives access to location-restricted content.

The event will be available in the Cluster app, only in Japanese. It’s compatible with Android and IOs devices, PC for Windows and Mac, as well as VR devices. The app doesn’t require a lot of hardware power to run but pay attention to the memory space required.

Here are the minimum necessary specifications: