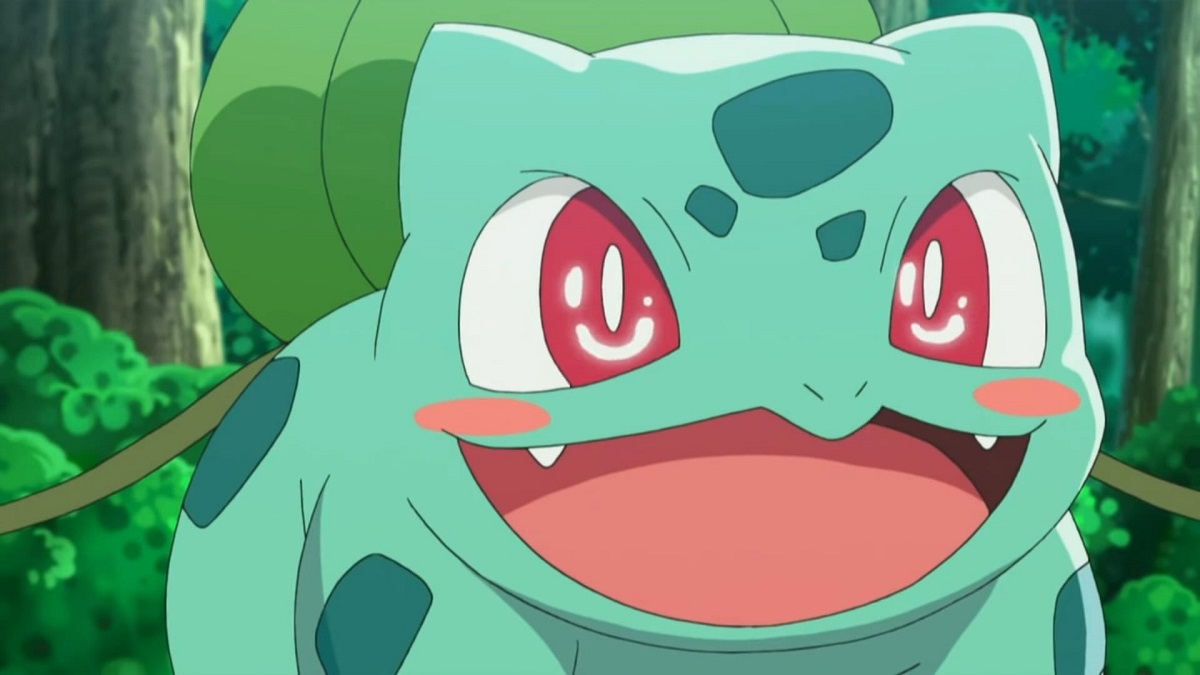 Grass-type Pokémon aren’t the most popular picks for the general Pokémon fan, but they definitely have a niche amongst the fanbase for their specific design conventions and themes. These Pokémon are usually more balanced and are not especially offensive, defensive, or fast, being reliable all-rounders that can fit the role you want them to play.

While a lot of the great Pokémon from the Grass typing can be more cutesy than anything, many of them break the conventional themes of a Grass-type Pokémon and enter into the cool and badass territory, with others being among the best due to their exceptional battling prowess.

List of the best Grass-type Pokémon of all time

This pick may be controversial, but we think it deserves a spot on this list. Being revealed in the second official trailer for the Generation Nine games, Pokémon Scarlet and Pokémon Violet, Smoliv instantly gained affection—and sympathy—from fans eager to know more about the new games.

Smoliv is just as its name suggests—a small olive; perhaps that’s why it looks so terrified and helpless. It makes you want to pick it up and wrap it safely in your arms. Information released about the new Pokémon might suggest that doing that might not be the best decision, however, as it shoots out a bitter and astringent oil that it stores inside its body when it is startled or threatened.

If we follow common themes that the Pokémon franchise follows, it is likely that Smoliv might evolve into something strong and formidable, which is the case with many meek and timid first-stage Pokémon.

It’s hard to talk about the best Pokémon of a certain type and not include the Kanto Starter belonging to that type. Venusaur is iconic and will always remain iconic, as evident in the love it has gotten through the years since its release, especially with the addition of a Mega Evolution and Gigantamax form.

Venusaur surely looks powerful, but it definitely gives off “gentle giant” vibes, like a very large and warm friend that you can cuddle with when you’re feeling down. You could ride on it all around town and also take in the beautiful aroma wafting from the flower on its back. Then when you’re done lounging around, you can Gigantamax it and give your opponents a good ol’ whooping. Or should we say “whipping?” That G-Max Vine Lash stings, man.

Right after talking about an eternally-celebrated Grass-type Starter, we get to Chikorita. Why has everyone forsaken this precious little baby? Sure, Grass-type starters don’t get the most love in general, but everyone has collectively decided to push Chikorita aside, and for what? Sure, it evolves into Meganium, which may not be the best Pokémon, considering its incredibly mediocre stat distribution, typing, and ability, but outside of its in-game viability, it certainly isn’t bad design- and personality-wise.

Plus, we’re talking about Chikorita here, and there’s no reason to be bashing it for being weak when it’s only a first-stage Pokémon. It’s a cute little baby dinosaur with a tiny leaf sprouting from the top of its head, and that is reason enough to give it all the love in the world, and we didn’t even talk about what an absolute sweetheart Ash’s Chikorita was in the anime.

It also has one of the franchise’s sickest and most unsettling cries. Seriously, listen to it.

This is one minuscule mushroom that you don’t want to mess with. Seriously, Foongus is actually pretty tiny, with stubby little baby arms that multiply its cuteness factor twofold.

Because Foongus are so small and vulnerable, they react defensively by luring in threats and crippling them by releasing clouds of poisonous spores. Foongus is one of the faux-Pokéball Pokémon, its Pokéball design being on the top of its mushroom cap, which is exactly what it uses to attract Pokémon that it considers as threats.

A fun little fact about Foongus is that when they aren’t hopping around to reach wherever they need to, they will fall to their side and use their mushroom cap to roll around and quickly reach their destination. Super cute.

Roselia, when introduced during Generation III, was liked and given so much attention that in the next generation, The Pokémon Company not only gave it a pre-evolution but also an evolution. Fans took one look at the uber-cool and suave Roserade and were hooked.

It improves upon the design premise of Roselia while also making the change from looking passive and meek to looking like a force of nature (literally). Additionally, Roserade was one of the Pokémon present in Cynthia’s team, the champion of Generation IV, and it’s hard not to associate anything related to Cynthia to utter coolness and badassery. It hit hard and it hit fast, and if we didn’t particularly want a Roserade before fighting Cynthia, we definitely wanted to get one after.

Cherubi was already cute, and then it evolved into Cherrim! Well, usually, you wouldn’t consider Cherrim as all rainbows and sunshine since its default form is its Overcast Form. In this form, it looks straight-up depressing, with two purple petals enclosing its barely-visible pink body.

Cherrim has a second form, though, which is its Sunshine Form, unanimously loved by fans everywhere. Look at it! It’s happy as can be and bounces all over the place. When strong sunlight is present, Cherrim gets rid of its purple petals and grows pink cherry blossom petals that decorate a bright and cheery disposition, which is highly infectious. In the main series games, it will also give its partners stat buffs when on the field in battle. You can’t not love this lil’ bugger!

Look at this gentlemanly lad. Baby owls are cute, but Rowlet takes it to the next level. This rotund little stunner even has a little leaf bowtie that it sports, and we are very proud of its amazing fashion taste at such a young age.

While Popplio and Litten had their selling points, no one could take their eyes or mind off of the egg-shaped Grass Starter that looked too cute even to think that it could hurt other Pokémon during the reveal of the Generation VII Starter Pokémon. Protect this little goofball at all costs.

Even if you aren’t a fan of the cute aesthetic, Rowlet eventually evolves into the super-cool Decidueye, so it was a win-win for players anyway.

Okay, let’s get the fact out of the way that this Pokémon is a literal combination of a pineapple and a duck. It doesn’t get any more outlandish and ridiculous than that, but it’s also supremely amusing to think about.

Ludicolo has an oversized sombrero on its head and is constantly seen dancing while growing stronger when it listens to festive music. It is also said to appear around children on hikes to entertain them for absolutely no reason. Ludicolo is a happy little pineapple-duck, and we’re here for it.

It is not only amazing in its idea and concept but also in its battling prowess. Ludicolo sees a lot of use in competitive battling due to its fantastic ability in Swift Swim, doubling its Speed stat in Rain, and washing opponents away with its STAB, rain-boosted Water moves.

Honestly, what’s not to like about Sceptile? First off, it’s a Starter Pokémon, and anyone who started with Treecko in the Generation III games definitely has an emotional attachment to their pixelated tree gecko. To top it off, it turns into a killer of a Pokémon that works just as well in battle as it does in its design.

Sceptile looks badass. Slender and intimidating, it looks like it means business and can pick you off swiftly—which is actually true! Sceptile is quite fast in battle and possesses equally amazing offensive stats. This means that any beginner who doesn’t know the difference between the Attack and Special Attack stat can simply slap on a couple of moves on their Sceptile and fire away at the opponent to sweep their entire team.