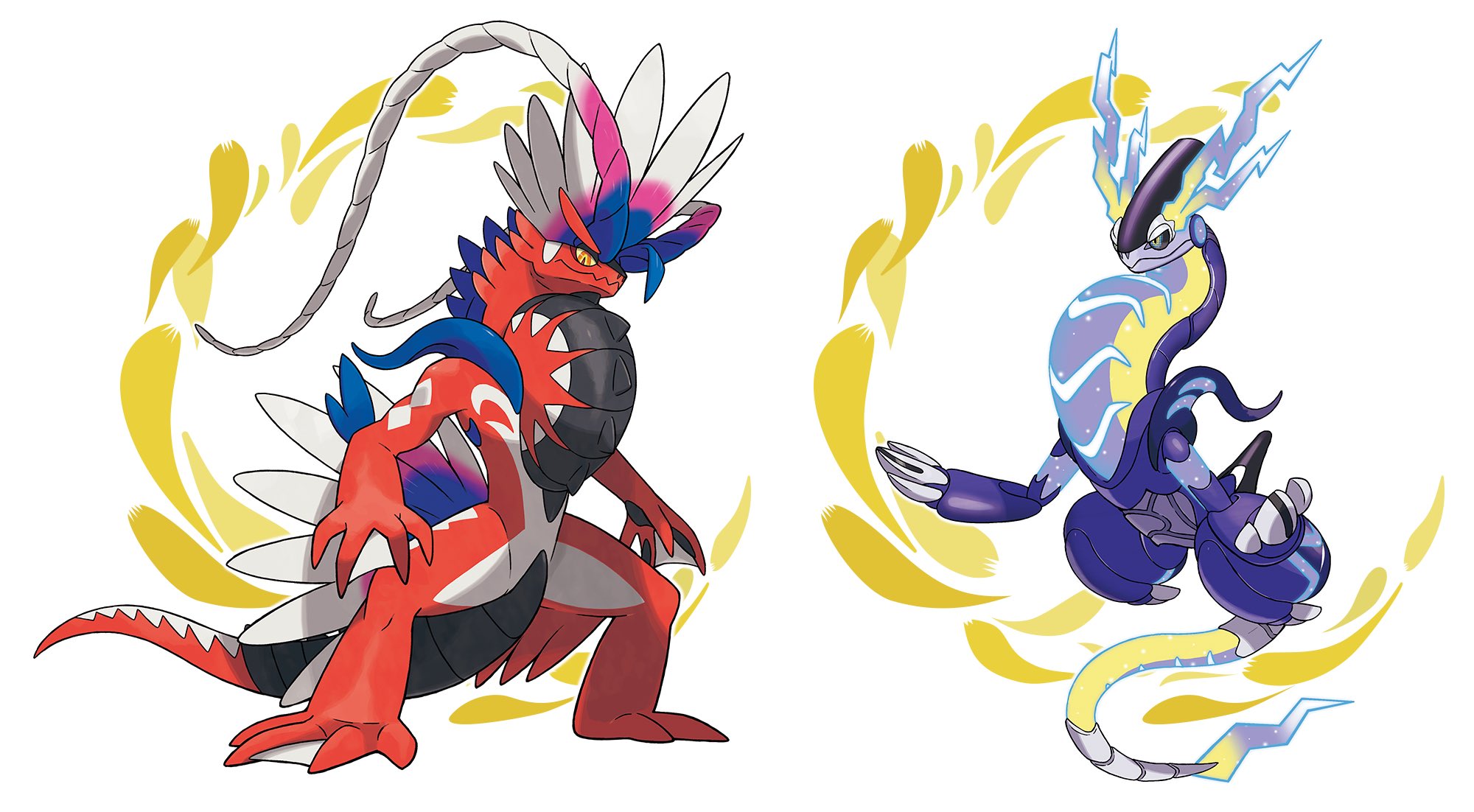 One of the most exciting parts of any new Pokémon release is the new legendary Pokémon introduced with the game. Traditionally the subject of the cover art for most generations, the ultra-powerful legendary Pokémon almost always figure into each game’s story in some way. Pokémon Scarlet and Violet will most likely continue this trend, and new information about the game’s legendary Pokémon was released today alongside a trailer for the game.

While earlier generations of the Pokémon games contained several legendary Pokémon, later generations have usually stuck with two new legendaries per generation, with each legendary appearing in their corresponding version. That doesn’t mean there isn’t any room for expansion in Scarlet and Violet, however.

Here are all the legendary Pokémon in Pokémon Scarlet and Violet.

All legendary Pokémon in Pokémon Scarlet and Violet

Koraidon is the legendary Pokémon exclusive to Scarlet. Its bright red-orange coloration matches the version’s name, as well as the outfits worn by the player character and some of their friends in that version. Not much is known yet about Koraidon’s type, but an interesting theory about how the two versions relate to time also shows up in the design of the legendaries.

The professor for Scarlet, Professor Sada, is dressed primitively, almost in prehistoric garb, with a lab coat thrown over the top. It seems that Scarlet might delve more into the past of the new generation’s region. Koraidon has feathers and other embellishments similar to Professor Sada’s outfit. Koraidon’s chest also appears to double as a wheel or tire, and many think the legendary might be ridden in the game like a motorcycle.

Similar to Koraidon, Miraidon is exclusive to Violet and has a color palette and design that’s more in line with the color described by the version title and the futuristic outfit worn by Violet’s Professor Turo. Also similar to Koraidon, Miraidon’s design looks similar to some sort of vehicle. The futuristic legendary has rocket boosters with which it hovers, as opposed to legs. We don’t know anything about Miraidon’s type as of yet, but the lightning bolt-esque design of the creature’s horns and tail does seem to suggest that Miraidon could be an Electric-type.

While Koraidon and Miraidon are the only new legendaries that have been announced, there’s also the possibility that players can play with legendaries from other generations of Pokémon courtesy of Pokémon HOME’s connectivity. HOME allows players to transfer and trade Pokémon between different games on the Switch.

The time theme that seems to surround the professors and the legendary Pokémon of Scarlet and Violet could also indicate that other older legendaries might be incorporated into the game somehow, anyway. Pokémon Legends: Arceus played around with the idea of space and time, with the player character being transported to the ancient land of Hisui, guided along by Arceus, which Pokémon mythology typically refers to as the creator of the universe.

With Koraidon and Miraidon seemingly representative of the past and future, it’s possible that a Pokémon like Arceus might even show up as well.