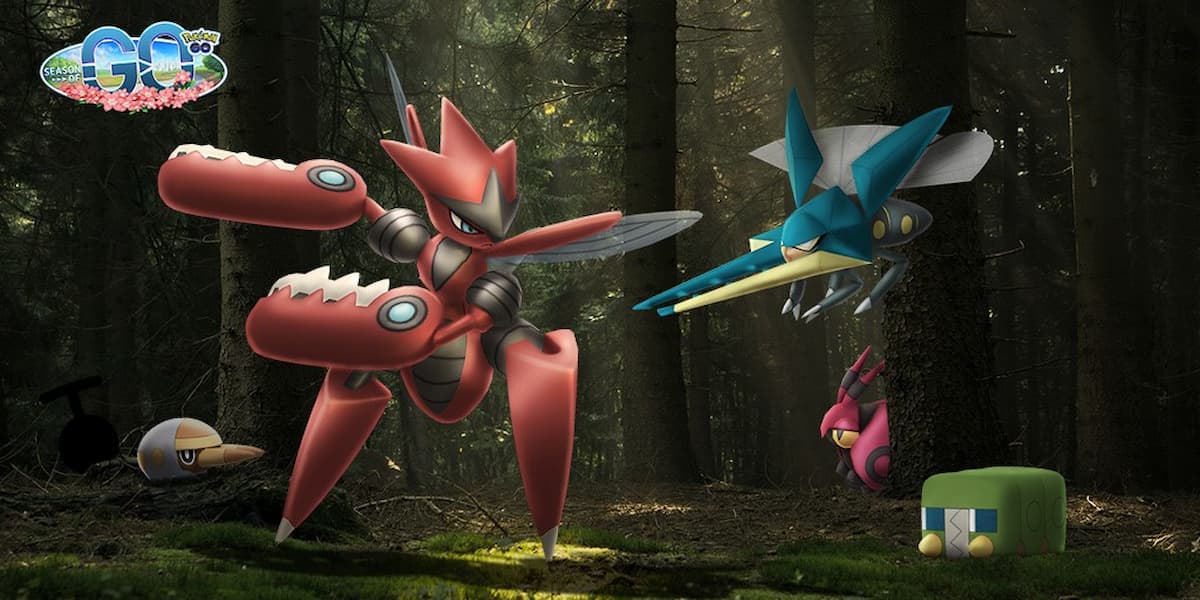 The Pokémon Go Bug Out! event began today and players around the world are readying their nets to catch as many Bug-type Pokémon as they can before the event ends.

Trainers can catch Bug-type Pokémon from Aug. 10 at 10am local time until Aug. 16 at 8pm local time. Grubbin, Charjabug and Vikavlot are making their debut in the game during the event, and Mega Scizor is making its debut in Mega Raids.

Luckily for everyone, players at the Sapporo Go Fest unlocked some bonuses that will come in handy for players during the event, including the appearance of Unown T in Raids and Pansage appearing in the wild and in Raids. Both of these Pokémon can be caught Shiny.

There’s a new Collection Challenge, some bonus Timed Research, and plenty of surprises in store for players during the Bug Out! event. This time there’s even a bonus for those playing together. If people work in groups of three or more for an in-person Raid Battle, more spawns will occur in a 300-meter radius of the Gym for 15 minutes after the battle is over.

Here are the increased spawns for the group bonus for playing in-person at Gyms, all of which can be found Shiny:

In addition to this new group bonus, players will also have increased spawns of event Pokémon, some of which are easier to find than others. Here are all of the increased spawns during the Bug Out! event. Pokémon with an asterisk can be found Shiny.

All increased wild spawns during the Bug Out! event

If you’re lucky, you may find:

Raids and Field Research task encounters will also host event Pokémon, most of which can be found Shiny.

All Raid Pokémon during the Bug Out! event:

All Field Research task encounter Pokémon during the Bug Out! event