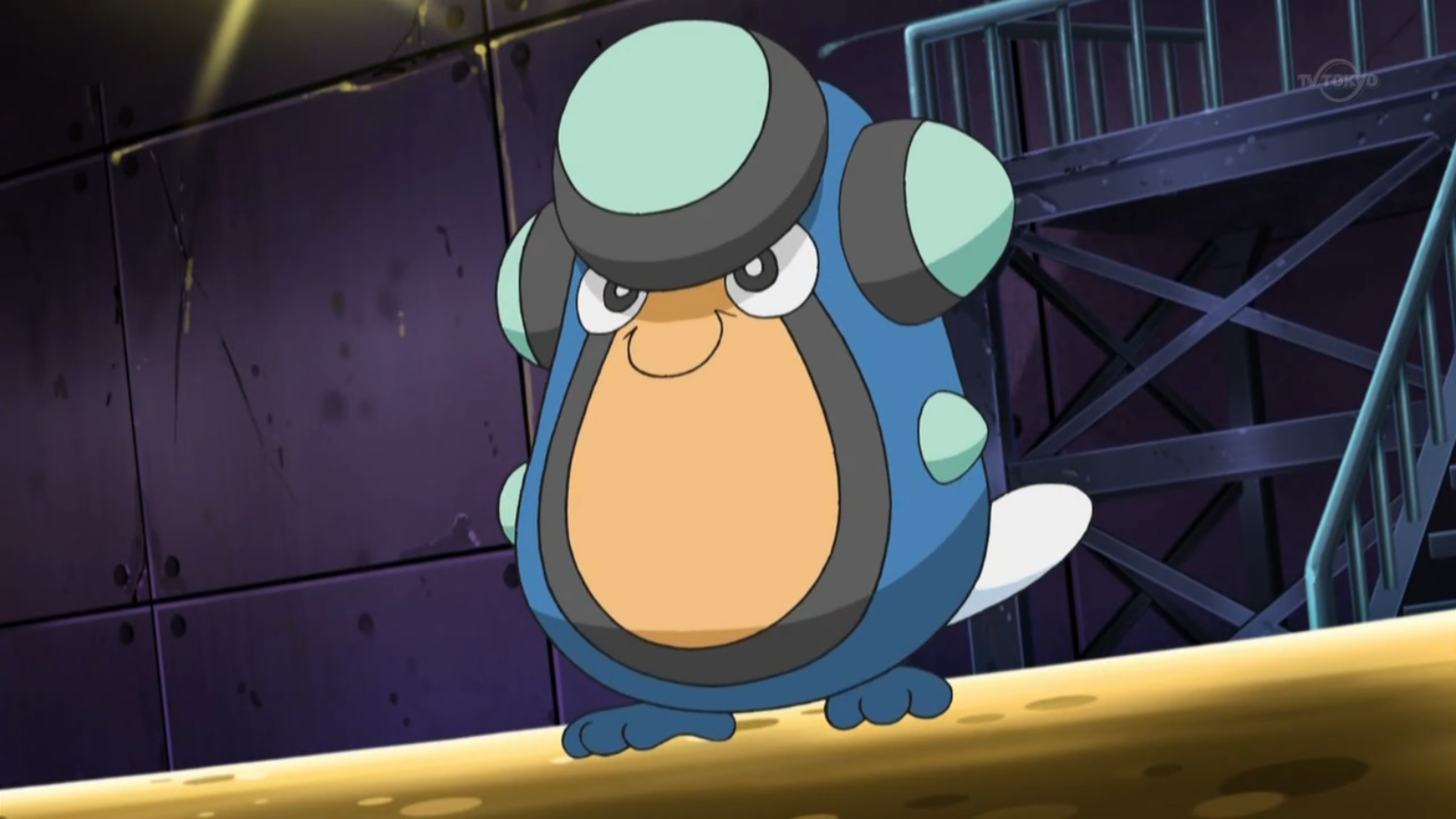 The Pokémon franchise has always done a good job when it came to designing Pokémon based on real-life creatures, with a perfect mix of realism and creativity to bring some truly unique and exciting Pokémon to life. Dogs, cats, birds, dinosaurs, you name it, and Pokémon has it—probably dozens of them.

If you happen to be an amphibian enthusiast like us, then you will be thrilled to know that there are a bunch of frog-based Pokémon in the franchise as well; 15 to be exact. While not all of them are memorable, they certainly deserve a nod of acknowledgment, because after all, the opinions on this list are subjective.

Below, we will also include Pokémon that are based on toads, since frogs and toads are commonly clumped together when mentioning one of the two.

Here are all of the 15 frog Pokémon, ranked from worst to best.

List of the best frog Pokémon of all time

Tympole is tiny and cute and all, but that’s kind of where its good qualities end. There’s nothing about it that really stands out, and its entire concept, being a tadpole Pokémon, has already been done before by Poliwag.

It isn’t strong in battle, isn’t the most visually pleasing, and it kind of just exists. There’s nothing about it that makes us hate it, but there’s not much reason to love it either.

Middle-stage Pokémon usually get forgotten easily, especially middle-stage Starter Pokémon. The baby forms are adorable, the final forms are majestic and badass, and other than very few exceptions, the middle stages are… just angsty teens that aren’t here nor there. Frogadier unfortunately falls in that very category.

While Greninja fully embodies that ninja-frog thing it has going on, Frogadier just begins showing hints of it, basically being a lesser-Greninja. It isn’t even adorable like its baby form Froakie, nor does it sport an amazing design, so there’s nothing too redeemable about this frog that’s just figuring itself out.

Poliwhirl is another Pokémon that falls prey to the odd intersection between the first stage and third stage of a Pokémon. It partially takes ideas and themes from both its evolution and pre-evolution and ends up not having a true identity of its own.

Furthermore, a large part of how Poliwhirl functions is by having an oily and slimy body to help it slip away from enemies. It’s uninteresting and slimy. How appealing.

While Ivysaur is another second-stage evolution, it manages to leave a positive impression in the minds of fans and doesn’t remain a forgettable middle-stage.

Ivysaur’s design doesn’t seem pointless. Bulbasaur basically represented an unsprouted flower, while Venusaur represented a fully bloomed one; Ivysaur depicts a flower in the midst of the blooming process, with the bud on its back just revealing itself. It represents continual growth with strength and power on the horizon.

Oh, and yeah, the Bulbasaur line is most certainly based on frogs, confirmed by Ken Sugimori himself.

The Pokémon that did it first, Poliwag is the quintessential tadpole Pokémon. Fans who have followed the anime since its early seasons will surely have grown to love the little baby that Misty’s Poliwag was—it was never good at battling, but it certainly tried its best.

The white and black swirl present on Poliwag’s belly is actually said to be its internal organs that are visible through its semi-transparent skin. Interesting, but we’re not sure how to feel about that nugget of information.

For those with a penchant for less imposing final-stage frog Pokémon, such as Poliwrath, Politoed may be a suitable branched evolution for you. It’s cute and switches up the visuals of the Poliwag line entirely, which is a welcome change.

Politoed is also incredible in the main series games due to its ability Drizzle, which lets it be the glue to an entire team archetype in Rain teams. Politoed is one of the only three Pokémon that learn this rare and valuable ability.

This little toxic frog may appear silly, but don’t let its looks fool you. It is said to secrete highly poisonous toxins from its cheek pouches and fingers that can immediately immobilize anything it deems as a threat.

On the other hand, however, Croagunk only resort to fighting as a form of self-defense. The poisonous fluid squeezed from their fingers are also known to cure lower back pains when heavily diluted. Due to this, they have also been chosen to be the mascot of a pharmaceutical company in the Pokémon world, hilariously enough.

Surely not the most quintessential frog Pokémon, but loved by nearly the entire fanbase, with the spotlight during the Starter reveal in Generation Six of the Pokémon franchise almost completely stolen by this adorable little frog.

The bubbles covering Froakie’s body are called ‘frubbles,’ which are key to reducing the damage Froakie takes during battle. It even has two frubbles on its nose. Why does it need to protect its nose so much though? As a frog, shouldn’t it be able to breathe through its skin and gills too?

Who said second-stage evolutions have to be boring and forgettable? Pokémon broke that curse when designing Palpitoad; it’s got personality written all over it.

From its rotund design to the absolute goofy expression on its face, Palpitoad has derpy vibes all around and we’re here for it. It even gains the secondary typing of Ground to give it no weaknesses except a four times weakness to Grass, along with some handy resistances and immunities.

It’s tough to imagine the defenseless Poliwag managing to evolve into the absolute unit that is Poliwrath. Being the first Water and Fighting-type Pokémon in the franchise, Poliwrath certainly made its mark when released.

Poliwrath is said to be able to beat world-class swimmers in races while possessing a body made almost entirely of muscle. It is also said to sport zero percent body fat, putting every gym bro out there to shame. Talk about shredded.

Unlike its pre-evolutions, Seismitoad forgoes the cartoonish frog representations and presents itself as a more realistic-looking frog Pokémon, which gives it more of that ‘final evolution’ look, making it seem like a formidable threat.

When it’s not causing carnage, Seismitoad can be found among the elderly as they use the vibrating lumps on their body to provide relaxing body massages. Never judge a Seismitoad by its cover, folks.

Will there ever be a better representative of fully evolved Grass-type starters than Venusaur? No. Does Venusaur also fall under the category of a frog Pokémon? Yes, strangely enough.

One would assume that Venusaur is based on a certain dinosaur due to the latter half of its name containing ‘saur’—which it is—only partly, however. On closer inspection, Venusaur sports clear traits of the common toad with its large, rounded snout, wide-set eyes, wide mouth, quadruped movements, and bumpy, wart-like skin. There’s no way a frog-dinosaur wouldn’t make it to one of the top spots on our list.

Toxicroak are strong Pokémon whose poison is incredibly potent, a single scratch proving to be poisonous enough to be fatal. Just like its pre-evolution, Toxicroak seem to be quite layered Pokémon, as they have been observed to be cruel and ruthless, while also calm and laid back, chilling in marshes in harmony with the Pokémon around them.

This physically adept, poisonous frog Pokémon also boasts one of the most entertaining cries in the entirety of the franchise. Pretty sure half of its fanbase loves it for its cheeky cry itself.

Interestingly enough, Toxicroak, as well as Croagunk, are said to be directly related to Seismitoad.

There are but a few Water-type Pokémon that are as iconic as Greninja. Blastoise may come to mind, but that is mostly due to the virtue of being a first-generation Starter Pokémon. So, it’s a given that among frog Pokémon, Greninja is simply one of the best.

It’s fast, cool-looking, and has a tongue scarf; doesn’t really get more creative than that. This amphibian was such a beloved Pokémon, that the anime even gave it its own version of a Mega Evolution in Ash-Greninja, that also translated into the games.

Going back to the days of the Kanto region games, we all remember the moment when we were tasked to pick our Starters for the very first time. While most of us were enamored by the fire-lizard with a little flame burning on the tip of its tail, a lot of us gravitated towards the cute yet tough baby frog-dinosaur-plant thing.

And those who did pick Bulbasaur were rewarded by breezing through the first two gyms of the region—Rock and Water-type gyms—with the ease of a Vine Whip or two. Not to mention, Bulbasaur was the earliest of the Starters to reach its final evolution at level 32, making the mid-game of Kanto quite a bit easier for newer players.

Bulbasaur is adorable, iconic, and an undercover frog, letting it claim the number one spot on our list for the best frog Pokémon of all time.