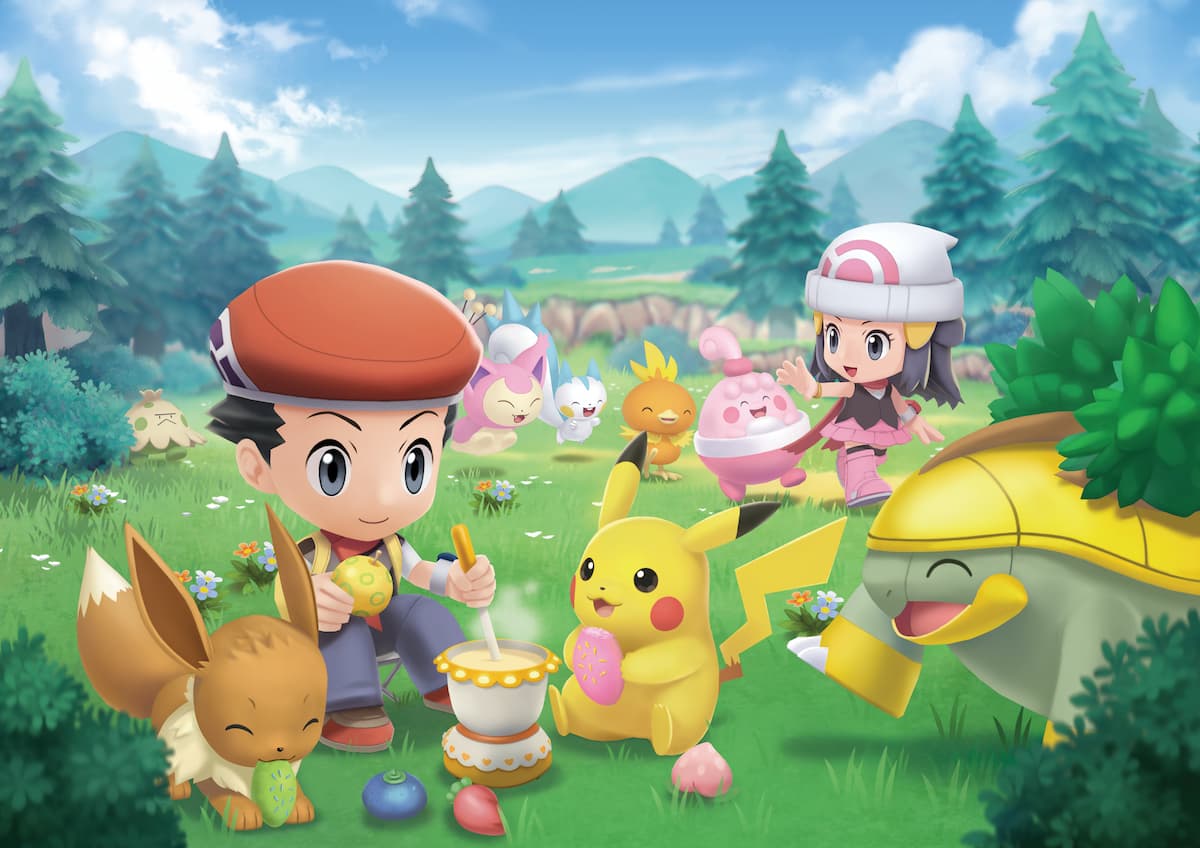 Pokémon Brilliant Diamond and Shining Pearl will release on Nov. 19, but dozens of copies have seemingly already been released into the wild, with players leaking tons of images, videos, and information well ahead of the game’s launch.

These leaks have been ongoing for the last several days, and several of the players who obtained the seemingly legit early copies of BDSP have now reached the post-game, meaning a lot of information about the game that was not previously available is now making the rounds online.

Obviously, none of this information has been confirmed yet as the games aren’t widely available, but the sheer number and consistency of these leaks are worth noting. And if you want to avoid spoilers for BDSP, you should avoid Pokémon-related social media for the next week or so until the game’s release.

If you don’t mind spoilers, however, here are all of the content changes that did and didn’t make it into Brilliant Diamond and Shining Pearl, at least based on the early leaks.

As expected by The Pokémon Company treating BDSP as faithful remakes of the original Nintendo DS titles, the games use the base content from Diamond and Pearl with slight changes and new additions. This means that the Gym layouts, NPC placement, Pokémon rosters, levels, and more are all taken from the originals, not Platinum.

For example, this means Volkner has his infamous Octillery on his team for the Electric-type Gym. Movesets have been altered in various places.

Early information also shows a lack of new Pokémon, forms, events, characters, or any returning mechanics like Mega Evolution. Though that doesn’t mean some new NPC interactions won’t be discovered, such as what looks like distribution of Mew and Jirachi.

Early on, some users pointed out that Pokémon in the remakes have different cries when they faint when compared to other games, which many think are previously Pokémon-Amie exclusive and being reused in a new way. Several idle animation and Pokémon models have also been slightly altered to better reflect the sprite versions from the original Diamond and Pearl.

TMs appear to be single-use again, but some NPCs like Gym Leaders will give you multiple copies of a disc. The HMs from Diamond and Pearl also appear to have been turned into normal TMs.

Additionally, the music in many parts of the pre-launch version of the game includes unfinished placeholder tracks and multiple visual glitches such as missing Poké Balls or the reported lack of an opening movie are also included. As many have pointed out, there is a day one patch that will be released when the game launches which should fix many of these issues, but the game appears to be unfinished in multiple areas.

One returning feature in BDSP is the ability to have a Pokémon follow you, but according to the leaks, this will be more than a visual element to the game.

The following mechanic appears to mix elements from previous Pokémon games that involve Friendship levels, which will increase faster if you walk with a Pokémon outside of its Poké Ball. This will allegedly allow the Pokémon gain XP faster, have the potential to dodge or survive hits in battle, and more.

Once in the post-game, leakers have seemingly confirmed that only the original Battle Tower is included in the game, though it doesn’t have multi-battle options. There also is no Distortion World in BDSP, but there is a “visually stunning” room where players can encounter Giratina that provides a nice upgrade from its Diamond and Pearl location.

Finally, the National Pokédex is included along with the original Sinnoh/Diamond and Pearl Pokédex, but it appears that the number caps at the original 493 Pokémon that were available at the time. Again, we won’t know any of this information for sure until the game is actually out, but for now, this is a solid base of information to go off of for players on the fence about the remakes.