Sword and Shield VGC had a promising start. 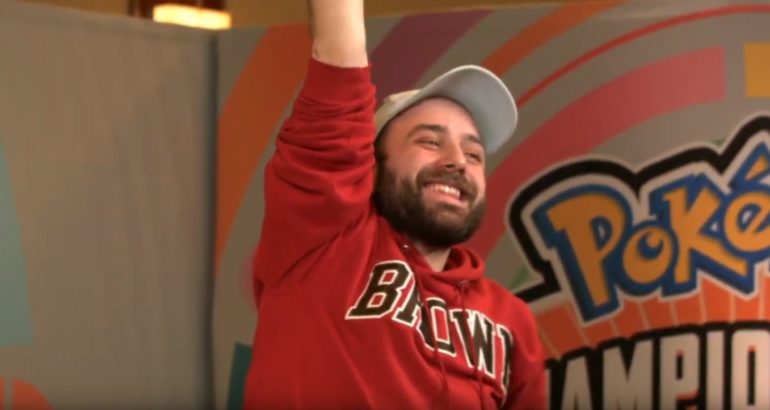 The first Pokémon Sword and Shield format VGC event is in the books, and veteran Masters Division player Aaron Traylor took home the gold with a win over Bingjie Wang at the Pokémon Dallas 2020 Regional Championships.

Traylor’s team composition wasn’t anything special compared to the field he was playing in, but his timing and usage of Charizard in the final round was what sealed the deal over Wang’s Durant-led roster.

With dual Togekiss leads on both sides and a Charizard staring down Wang’s Durant, it would have been easy for Traylor to go for the confirmed kill early on. Instead, he Gigantimaxed his Charizard and went for the Max Airstream. This ended up being the saving grace of game one; Wang swapped into Chandelure, hoping to get a Flash Fire boost, but was instead nearly knocked out by the Flying-type move.

The next turn led to Wang setting up the Trick Room, a move that lets slower Pokémon move first, and then taking down Traylor’s Togekiss with a combination attack of Dazzling Gleam and Heat Wave. Unfortunately for Wang, he then had to watch as the Gigantimax Charizard took out his Chandalure and the G-Max Wildfire whittled away at his Togekiss.

After losing two Pokémon, Wang’s win condition was keeping his Durant alive and Dynamaxing to take out all of his opponent’s Pokémon, which worked well for a few turns.

Traylor swapped out to preserve his Charizard and watched as the Durant wiped out his Conkeldurr in a single strike, but it put him in a strong position for the next turn after burning another turn of Trick Room. He was able to freely swap in the Charizard and Blast Burn Wang’s Durant for the kill, essentially ending the game as it was now two-vs-one in his favor.

Because Wang’s Conkeldurr was Guts/Flame Orb instead of a bulkier Assault Vest set, it was able to take out Traylor’s Duraladon while the Charizard was recharging but unable to live the incoming Air Slash on the next turn from the faster Pokémon.

Game two saw both sides leading with the same duo, but this time Wang wanted to try and go for the early kill using his Durant to take down Traylor’s Charizard. His plan was to Dynamax and go for the Max Rockfall to take out the threat while his Togekiss forced his opponent to hit it by using Follow Me.

Unfortunately that did not work out as Traylor also used Follow Me on his own Togekiss, letting it take the hit for Charizard as it used Max Airstream to boost its speed and gain a massive advantage over the Durant. Wang tried to think ahead and used Helping Hand instead of Follow Me on Togekiss, which sealed the game as Charizard simply hit Durant with a G-Max Wildfire and took it down.

Without the Durant to deal with some of Traylor’s team, Wang had to rely on his Conkeldurr and Chandelure to put in some late work. But a quick Blast Burn took care of the Fighting-type. Traylor’s Jellicent was left with enough time to clean things up with a Water Spout, which put the Chandelure in range of the ongoing Sandstorm’s turnly damage.

That 2-0 victory secured Traylor the first regional win in the Sword and Shield VGC format, $3,000, and a hefty 200 Championship Points. In the post-match interview, Traylor pointed out that he was only upset that he didn’t get to show off how his Whimsicott fit into the team more on stream.

“I’m so glad that I gave this team the finish it deserves because it is incredible, and I am just kinda sad that I led Charizard/Togekiss in all of my stream games,” Traylor said. “It has so much more. Whimsicott, Whimsicott is our friend. It uses Fake Tears and combos so nicely with the Charizard and Duraladon, and with Jellicent. It is just so much fun to use and I can’t wait to share the rental code.”

The next Regional Championship event is scheduled for Feb. 28 in Collinsville, IL, with it again hosting an expanded format for the TCG competition and a similar prize pool for the VGC bracket.