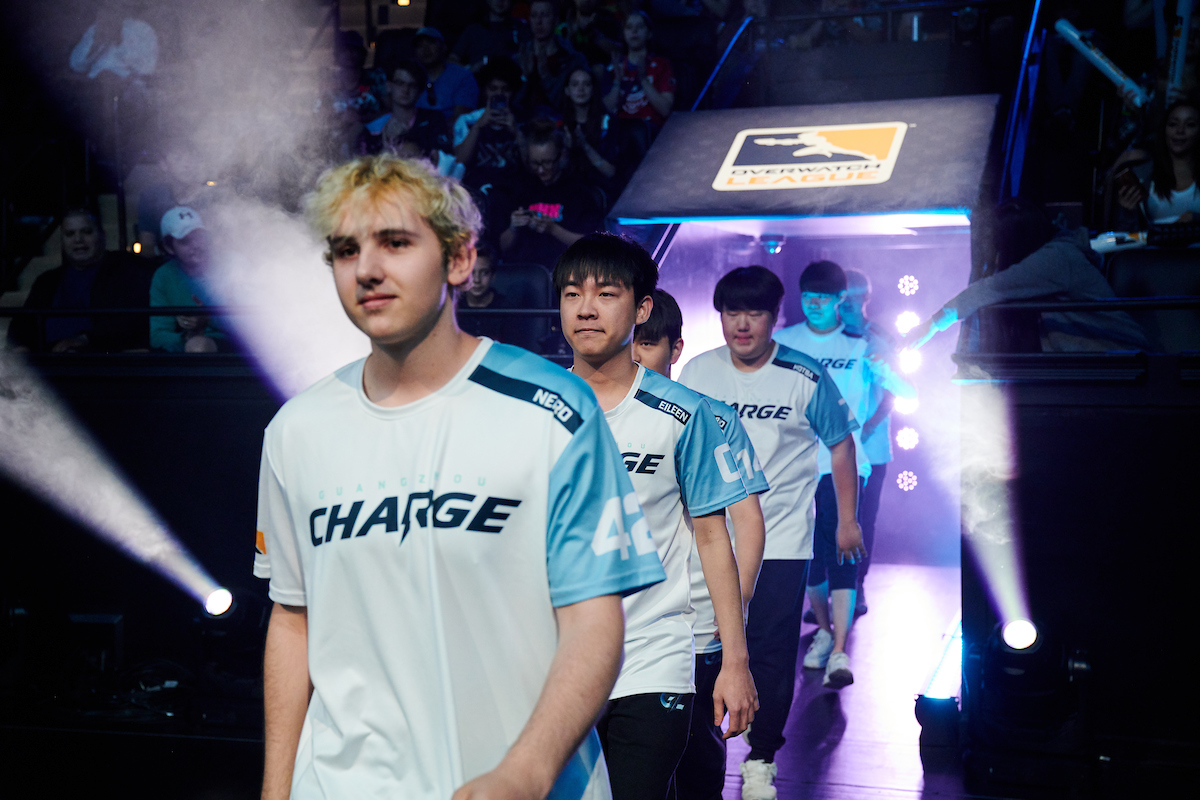 The Overwatch League will play catch-up this week after dozens of matches were postponed earlier in the year due to the coronavirus pandemic. Luckily for fans, this means the league is organizing nine matches to fit into a newly-extended weekly setup.

Longtime Overwatch League fans may be having serious flashbacks from this week’s schedule. For the first time this year, games will take place on Thursday and Friday night like they did in previous seasons of the league. Games in the Pacific East region will continue on Saturday and Sunday in the early hours for North American viewers.

This week’s Hero Pools may also feel like a bit of déjà vu. Damage heroes Widowmaker and McCree can’t be played, alongside support Brigitte and tank Reinhardt. All of these heroes have been disabled in previous weeks of the Overwatch League, so we may see some familiar compositions from earlier in the season. Double shield setups with Orisa and Sigma could face off against quick “dive” variations with Tracer and Genji.

There’s a lot going on across this four-day exhibition of top-tier Overwatch, so we’ve picked out a few matches that shouldn’t be missed.

The league’s favorite rivalry, the “Battle for L.A.,” finally returns in an online format on April 16 at 8pm CT. While fans will miss the aggressive chants echoing through the Blizzard Arena, all the drama between the two SoCal teams will still be present. The teams haven’t faced each other in an official Overwatch League match this season, but they did participate in the Echo exhibition matches in March.

With McCree disabled, both teams may decide to run compositions around Tracer or Reaper. Keep an eye on showdowns between Kai “KSP” Collins of the Los Angeles Valiant and Chris “MirroR” Trinh of the Los Angeles Gladiators. Trash talk between the two teams will be spicy, but hopefully not as spicy as the last time the Valiant overshared in the match chat.

In the first week of this Overwatch League season, the San Francisco Shock took down the Dallas Fuel 3-1. While Dallas struggled in the weeks following that loss, their stocks have been rising thanks to beneficial Hero Pools picks.

Last week, the Dallas Fuel destroyed the Washington Justice on the back of Jang “Decay” Gui-un’s expert Tracer play. Meanwhile, the Shock have been on a revenge tour after losing two games in a row to both Los Angeles teams. The match between a renewed Fuel and an angry Shock begins at 8pm CT on April 17.

In the Pacific East region, the Overwatch League’s four China-based teams have been taking turns throwing fists against each other every week. In any other region, these repeated matchups would get boring quickly. But Chinese Overwatch is an entirely different animal.

The last time the Guangzhou Charge and Chengdu Hunters met, the Charge came out ahead with a 3-2 score in a match that included bizarre team compositions and creative plays. It was a drawn-out slugfest that barely made sense. We’re eagerly looking forward to another round. Charge DPS Charlie “Nero” Zwarg has shown incredible flexibility on numerous heroes, but the Hunters’ Yi “Jinmu” Hu will try to take him down from any angle possible. The match begins at 3am CT on April 18.

When the Guangzhou Charge roster rolls up to a match, entertainment normally follows them. This rematch against the Hangzhou Spark begins at 3am CT on April 19.

Both teams have a single win against the other with close 3-2 scorelines. The Charge have been relying on constantly-changing team compositions to keep enemies on their toes while Hangzhou has returned to the stable, calm maneuvers that helped them succeed in the past.

The performance of both teams’ DPS rosters has wildly fluctuated based on the week’s Hero Pools selections. Fans should keep an eye on the more reliable parts of each team to see who will truly succeed. The Spark’s steadfast main tank, Xu “Guxue” Qiulin, and the Charge’s off-tank newcomer, Nam “Cr0ng” Ki-cheol, have been true highlights to watch over the past few weeks.