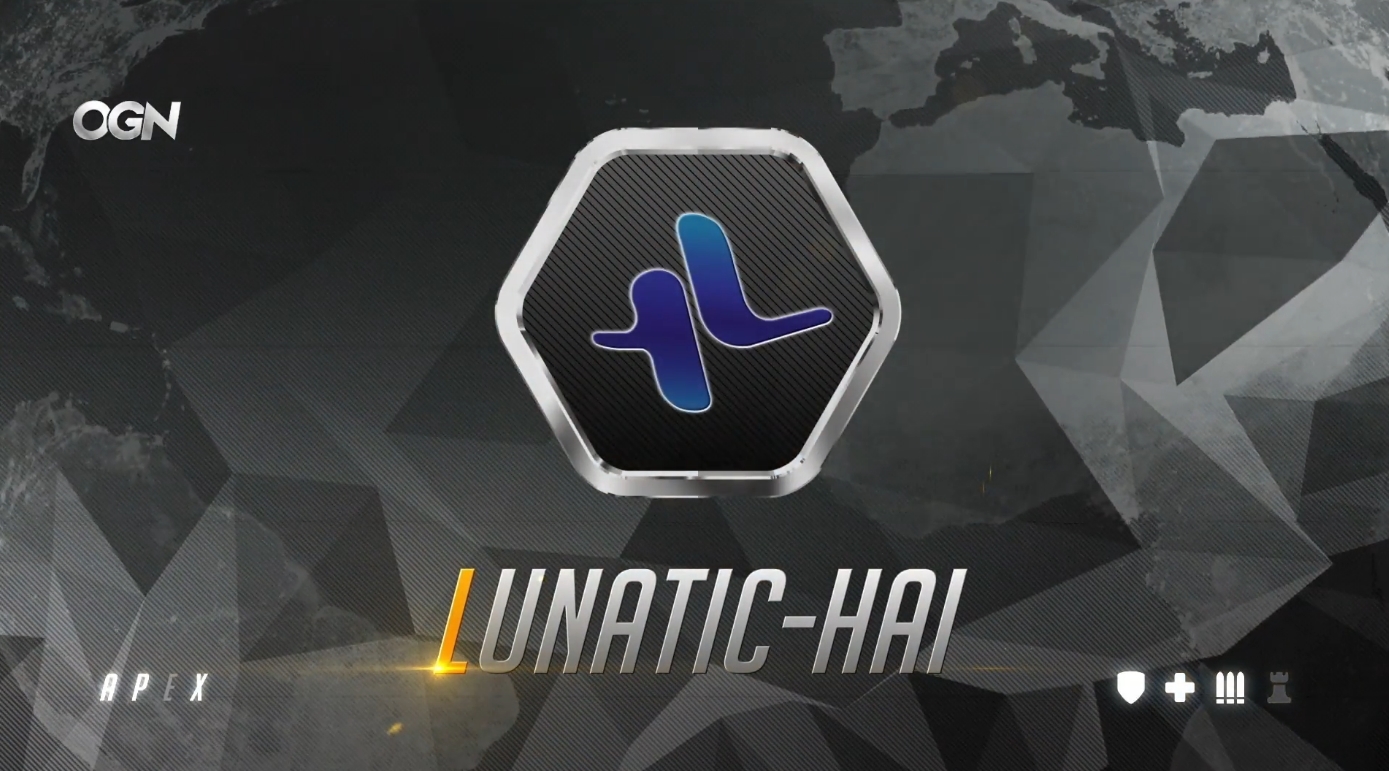 Ever since their comeback victory over RunAway in the OGN Overwatch Apex season two grand finals, Lunatic-Hai have ruled over the Korean scene. The kings were challenged by Kongdoo Panthera the following season, but they resisted that coup.

This season, however, the usurpers from the south, GC Busan, forcibly removed Lunatic-Hai from their throne and now are looking to claim it for themselves. This upset victory forced us to review our preconceived notions of Lunatic-Hai and figure out where they went wrong. There are some clear, stark weaknesses, most notably their weak DPS and Miro’s stagnation as Winston.

Predictability, without the skill to force it

A historic trend of Lunatic-Hai during their reign was the excellence of their tank and support players, which made up for weak DPS play. Despite having four DPS players on the roster, Lunatic-Hai’s DPS were less lethal and versatile than talent who are still emerging.

The re-addition of Lee “Leetaejun” Tae Jun to the roster came as a joyous announcement to many diehard Lunatic-Hai fans. Many analysts, however, questioned the move, as he has consistently shown to be a weak DPS player. This season proved no different.

Leetaejun put up weaker numbers in victory than GC Busan’s emerging star, Park “Profit” Joon-Yeong in defeat, according to statistics from Winston’s Lab. In Lunatic-Hai’s match against RunAway, which they won 3-0, he put up 9.3 killing blows per map, 5.3 deaths per map, and only found a first kill difference of +3, meaning he got the first kill in a teamfight three more times than he was the first death.

In comparison Profit’s debut match against LW Red went much better, despite losing 1-3. He posted 14.75 kills per map and eight deaths per map, with a first kill difference of +8. He died more often, which is understandable given his team was losing, but he was significantly more lethal.

Profit is undeniably the better player, and this comparison highlights the difference between who Lunatic-Hai added to the roster and a top-tier DPS player. But it wasn’t just Leetaejun who put up lackluster performances. Even Lee “Whoru” Seung Joon, who is the brightest star DPS Lunatic-Hai has, doesn’t compare statistically.

In Lunatic-Hai’s quarterfinal match against X6-Gaming, which they won 3-1 Whoru, ended up with 10.25 kills per map, 4.25 deaths per map, and a first kill difference of +2. In victory Whoru wasn’t able to match Profit’s lethality in defeat.

As if weak performances weren’t enough, a compounding issue was that three of Lunatic-Hai’s DPS players were completely predictable.

Only Kim “Esca” In-jae had his most played hero under a 50 percent play-rate, and all four DPS players put 75 percent of their time on just one or two heroes. Esca was the most versatile, with five heroes over a five percent play-rate. Whoru had four, Leetaejun three, and Moon “Gido” Gi-do had just one.

To highlight how laughably static that is we will examine Nam “Crong” Ki-Cheol, from the ROX Orcas, a forgotten DPS player who is not considered a special talent. This season he played six heroes more than five percent of the time, with Reaper a close seventh at four percent. While the Orcas did not find much success, his versatility at least gave them the chance to run different styles—an advantage that Lunatic-Hai did not have.

These issues are nothing new. Lunatic-Hai has never fielded the best DPS duo in the world. During their seven month reign, the gaps were filled in by the skill of the supporting cast. This season, however, new gaps emerged in the play of the main tank the roster had built its foundation on, Miro.

Gong “Miro” Jin-hyuk had his fair share of time in the spotlight. Named the MVP of the Overwatch World Cup last November, he was long heralded as the best Winston player in the world. But his success and the changing meta ultimately resulted in his own de-throning.

Thanks to a translation by Robin Kil, we gained new insight into not only Miro’s mind, but the minds of the teams facing him. Lovingly nicknamed “The Monkey Himself” by Korean fans, Miro was clearly thought of as the best Winston. When asked on stream how he so carefully calculated his movements, he said he acted on instinct.

With those instincts, Miro was able to quickly elevate his Winston play far above any challenger. When any main-tank player wanted to improve their Winston, they naturally used Miro’s play as a textbook, studying his every move. And as GC Busan’s coach Park Chang-Geun explained on his stream, that textbook has been memorized now.

The efforts of Korean coaching staff and their players over time means that they can predict what Miro will do. Park proved this point by highlighting this play from GC Busan’s match against Lunatic-Hai in which D.Va countered Miro’s engage.

As he explained, this was a calculated move from Sung “Woohyal” Seung-Hyun to push Miro off the map when he used his ultimate. Because Miro’s play had been so thoroughly analyzed by GC Busan they knew the instant Miro had Primal Rage available he would engage, and promptly stopped him.

Because Miro only acts on instinct, it makes him predictable. Other tank players have instead learned from him, and his mistakes, and can adapt on the fly. His aggressive nature is nothing new, however, and teams facing Miro have always expected it. In the past he got away with his playstyle largely due to Ryu “Ryujehong” Je-hong’s Ana play, which is no longer present.

Miro learned his limits in an era where Ana dominated the meta. Luckily for him, he was paired with Ryujehong, the best Ana in the world. When played to her limit, Ana can nearly triple the healing of the current meta staple Zenyatta. With the range Ana can heal at, combined with Ryujehong’s awe-inspiring aim, it meant Miro’s Winston was effectively immortal.

But as the meta shifted away from Ana, back to Zenyatta, Miro found taking more damage due to Discord Orbs, all while receiving less healing.

In eras past, Miro found a significant amount of Lunatic-Hai’s kills due to his own prowess. But this season, his overextensions and predictability mean he is dying far more than he used to. And it’s evident he was no longer making up for the weaknesses of Lunatic-Hai’s DPS players.

Lunatic-Hai, soon to be the Seoul Overwatch League team, obviously want to reclaim their throne. In pursuit of that, they’ve brought on three new players, including two new DPS, Sang-beom “Munchkin” Byeon and fan-favorite Byung-sun “Fleta” Kim. These two proved themselves more than capable as Lunatic-Hai defeated Miraculous Youngster and Cloud 9 Kongdoo to win this weekend’s OGN Seoul Cup.

The level of DPS stepped up for Lunatic-Hai, but what hadn’t changed was Miro. He continued to overextend and provide the enemy with their first kill. Lunatic-Hai appeared revitalized as they defeated the best China has to offer, but if they want to truly be the best again, Miro has some work to do.