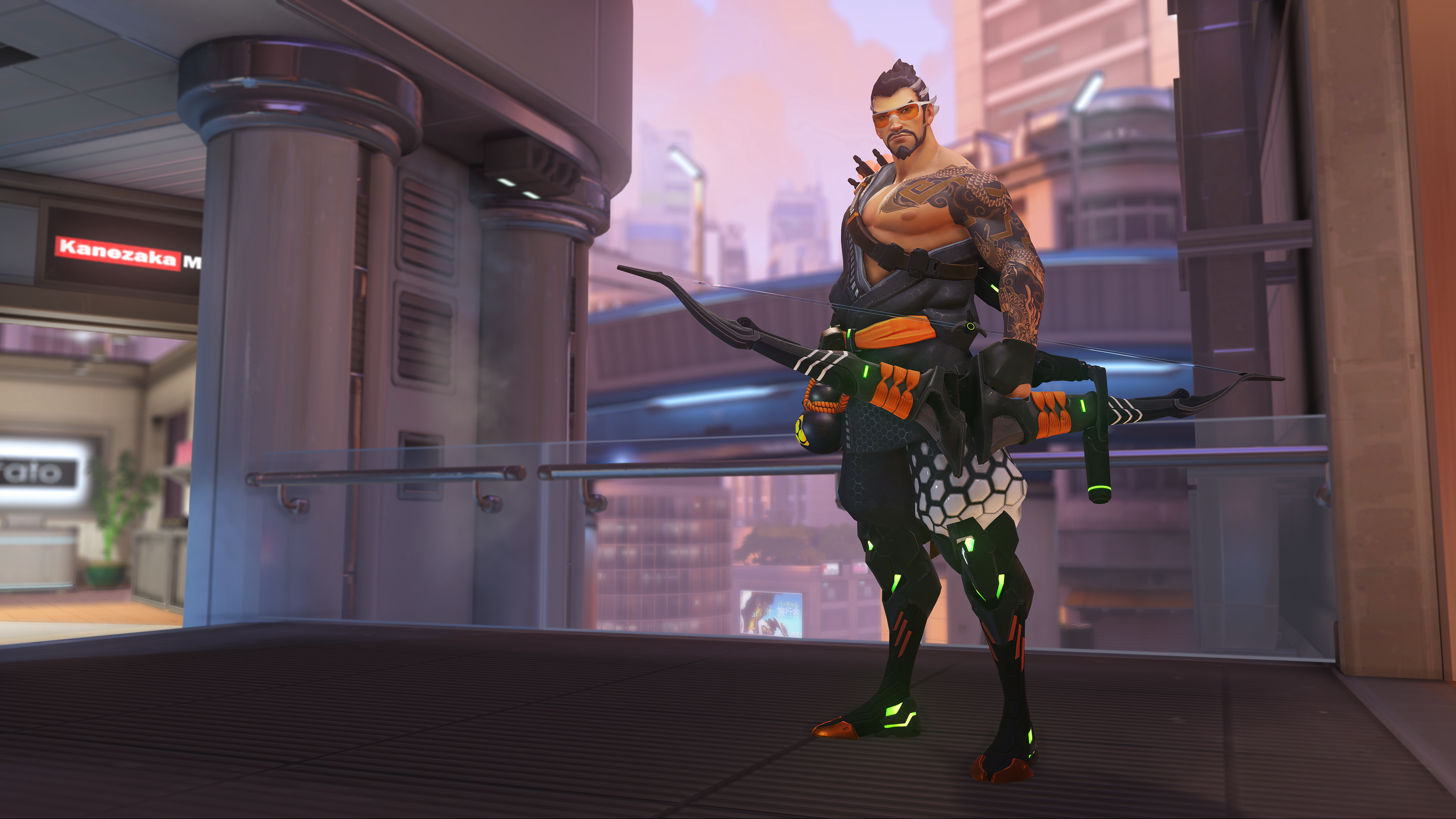 From Jan. 12 to 25, Overwatch players can earn a new skin for sniper Hanzo simply by winning games.

The Kanezaka Challenge, inspired by the game’s newest free-for-all map, gives players a chance to earn an Epic skin as well as player icons and multiple sprays. Twitch integration is also included and fans can unlock sprays by watching Overwatch streamers.

The Kanezaka Challenge introduces Kyogisha Hanzo, a new Epic skin for the speedy archer. This skin resembles Hanzo’s usual battle getup with a few important changes. His bow, boots, and quiver all have a green glow reminiscent of his brother Genji’s cybernetic attachments.

Most importantly, Hanzo is now sporting a set of cool orange sunglasses. They likely have some target-acquiring properties, but we like to think he’s just wearing them for the aesthetic.

During the two-week challenge, players can unlock the Kyogisha Hanzo skin by racking up nine wins in any Overwatch mode, including competitive mode, arcade, and quick play. At three wins, players will earn the Pagoda player icon. Six wins will net players the Yōkai Spray, which references the Kanezaka lore released on Jan. 11.

In addition, players can unlock up to three new sprays by watching any Twitch streamer under the Overwatch category. One spray is unlocked for every two hours of viewing, up to six hours total. These hours don’t have to be contiguous and can be accrued throughout the event’s run.

Unlike annual event skins, challenge skins have thus far only been available during their initial run, so make sure to unlock the Kyogisha Hanzo skin before the end date of Jan. 25.