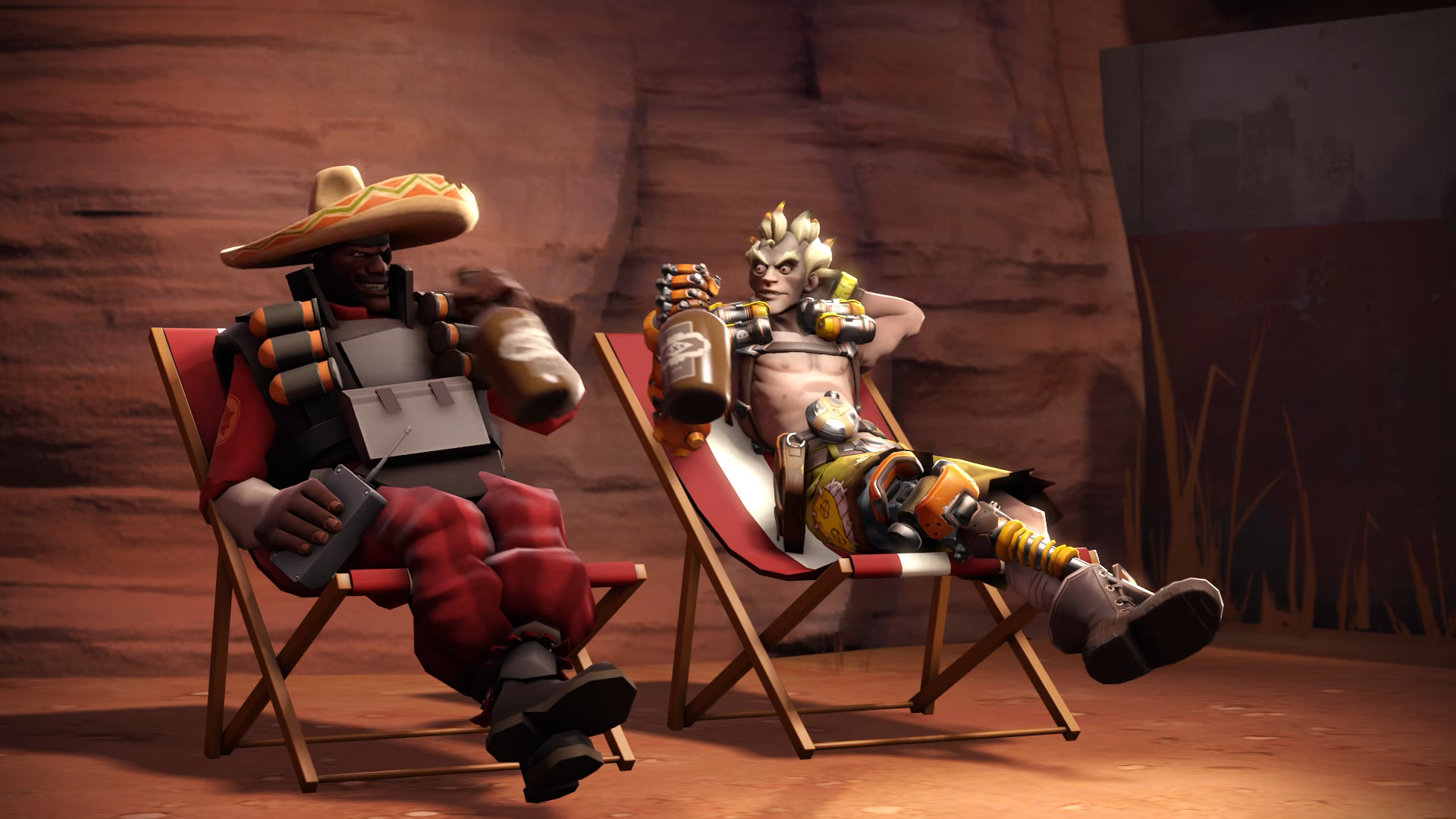 Screengrab via The Winglet

Team Fortress 2’s Engineer has sentry guns set up around Badwater Basin. The Soldier taunts the enemy team from outside the spawn room. The Overwatch team is surrounded, trapped behind closed gates.

But they don’t seem too worried—in standard Overwatch fashion the attacking team is spamming voicelines and utterly destroying the place. Hanzo methodically hits the wall. Pharah slam dunks a basketball. Tracer spray paints the walls. Tables are smashed, and glass is shattered.

The game has been a huge inspiration for video games as a whole, but the influence it had on Overwatch is clear. They’re not the same game—the design is much different—but there’s no denying the impact Team Fortress 2 had on Blizzard’s developers. And that’s why seeing the two games come together is so neat; it’s an exciting crossover between two beloved games.

The Winglet gets the spirit of each game and their heroes just right. Genji, using Deflect, lobs grenades back and forth with the Pyro. Widowmaker trades shots back and forth with Team Fortress 2’s Sniper—shots from each side that are spectacular failures. Torbjörn’s turret is dwarfed and eviscerated by the Engineer’s horde of sentry guns. Playing off fan lore, Mei turns creepy serial killer for a gruesome horror shot.

Overwatch heroes and Team Fortress 2 characters meet their respective match ups throughout the eight-minute video until a build-up to Zarya and the Heavy meeting. We’ll let you experience that moment for yourself.

The Winglet’s got a lot of Team Fortress 2 videos on his YouTube channel, but it’s the first crossover with Overwatch.