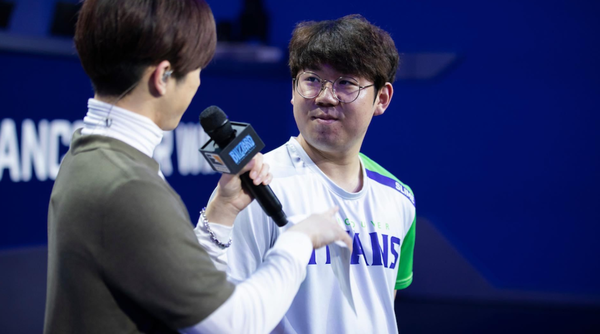 This signing comes just a week after the entirety of the original Vancouver Titans squad, including Slime, was released from their contracts following a “mutual” agreement that the players and management were chasing different goals.

Slime was a crucial part of the Vancouver Titans’ roster that finished the 2019 season as runners-up. Known for his leadership and staying calm in high-pressure situations, as well as his superb Lúcio mechanics and peeling for his flex support, Slime was bound to be one of the first players from that roster to find a new home.

The Game Haus reported yesterday that these Titans players may struggle to find new teams due to visa restrictions. Conveniently for Slime, however, the only Korean-based team in the league was after another main support to add to its ranks.

The Dynasty have been a little inconsistent so far this year but they still find themself in the upper echelon of the league’s standings. Since they can sniff the potential of a successful season, it makes sense that Seoul would snap at the chance to pick up a free agent like Slime.

The Seoul Dynasty play just one game this week against the Chengdu Hunters on May 16.