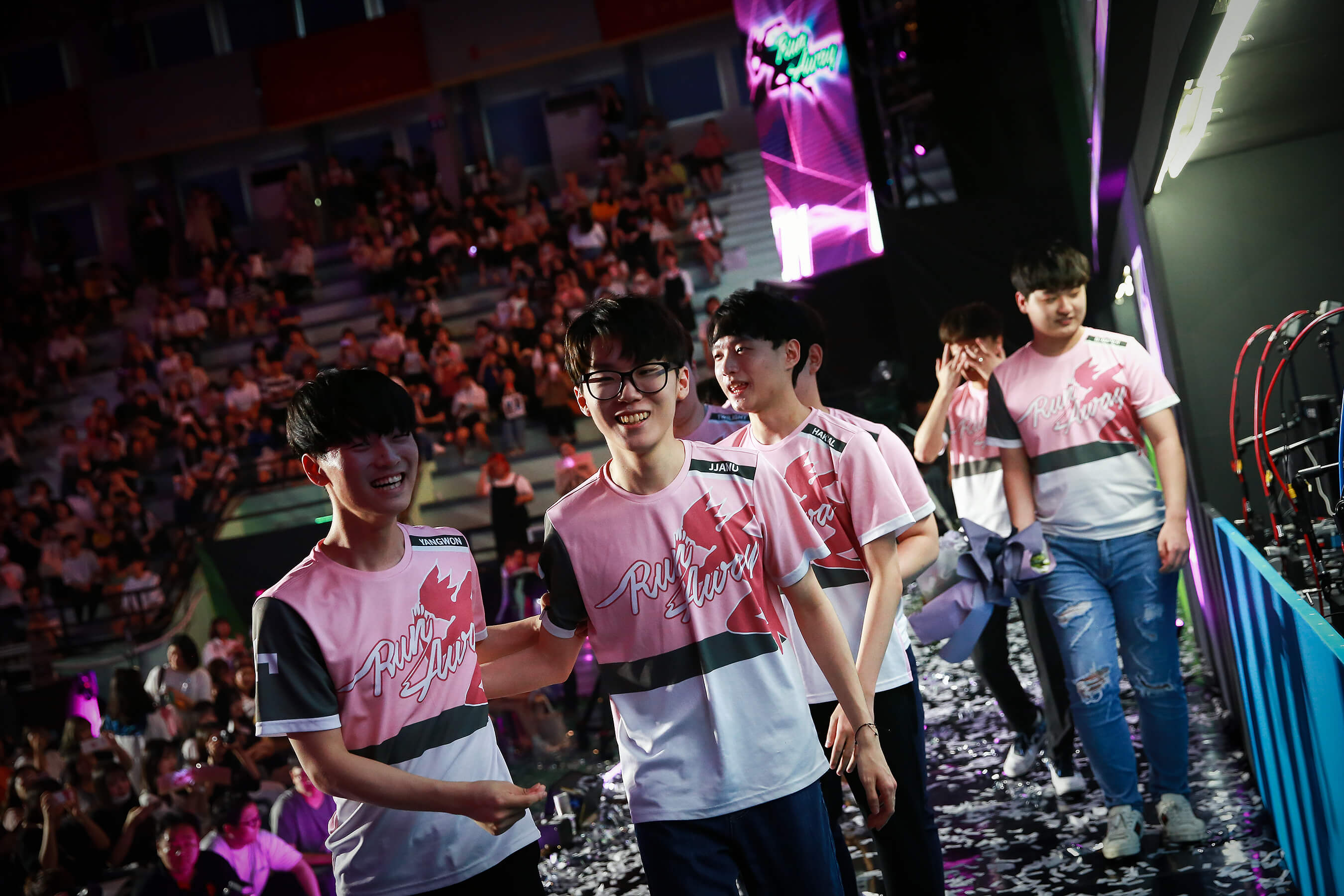 “The journey of Runaway Overwatch team ends today,” Runaway said in its announcement. “In 2016, it was the team that started only with passion and challenge. We grew up with the great love and support of our fans.”

Co-founder Runner mentioned the difficulty of managing the team during the COVID-19 pandemic, which had a negative effect on the team’s performance, as well as the impact of Overwatch broadcast rights being transferred to YouTube, according to Korizon Esports translator Kevin Kim.

Runaway was one of the most iconic esports teams in Overwatch. It brought the dream of plenty of esports players to life: reaching the top of the competition with nothing but skill and by starting from scratch with a bunch of friends. Over four years of competing in the South Korean Overwatch scene, Runaway played in the most APEX finals and won the most Korea Contenders titles.

The org was founded in 2016 by its first players, including former support Runner, who then switched to a coaching role and focused on managing the organization. Despite having no sponsor and being a part-time team, the players put everything into the competition and slowly climbed the rankings of every season of the APEX league, the equivalent of today’s Korean Contenders.

After ending at the bottom of season one’s rankings, they became the runners-up of season two after losing to Lunatic Hai in an incredibly balanced series. Runaway gathered a growing number of fans thanks to a mix of solid skill and bright personalities but remained in second place and never won an APEX season.

Meanwhile, the org’s staff barely managed to cope with the time and energy needed to run the team. Runaway still received little support from sponsors and saw regular roster shakeups with promising players leaving for the North American scene. But the team finally grabbed a title in the Korean Contenders’ second season in 2018, two years after entering the scene.

The Overwatch League’s expansion from 12 teams to 20 surely helped Runaway’s situation and many new spots opened for promising talents to compete at the highest level. Most of the Runaway roster was picked up by entering organization Vancouver Titans in 2018 and they came in second place during the end-of-season playoffs in 2019. Some players from this successful roster still compete in the Overwatch League, such as Washington Justice’s Stitch.

Meanwhile, the Runaway organization became a staple of the South Korean Overwatch scene. The revamped roster won 2018’s season three and 2019’s season two of Contenders. The team also became the runners-up of the last 2020 Contenders season and placed fifth in the league last May.

In 2020, co-founders Runner and Flowervin grew as personalities and content creators and started a League team, aiming to enter the LCK. But Runaway wasn’t selected as one of the 10 teams for the franchised LCK in 2021. It’s unclear if Runaway will attempt to enter another esport.