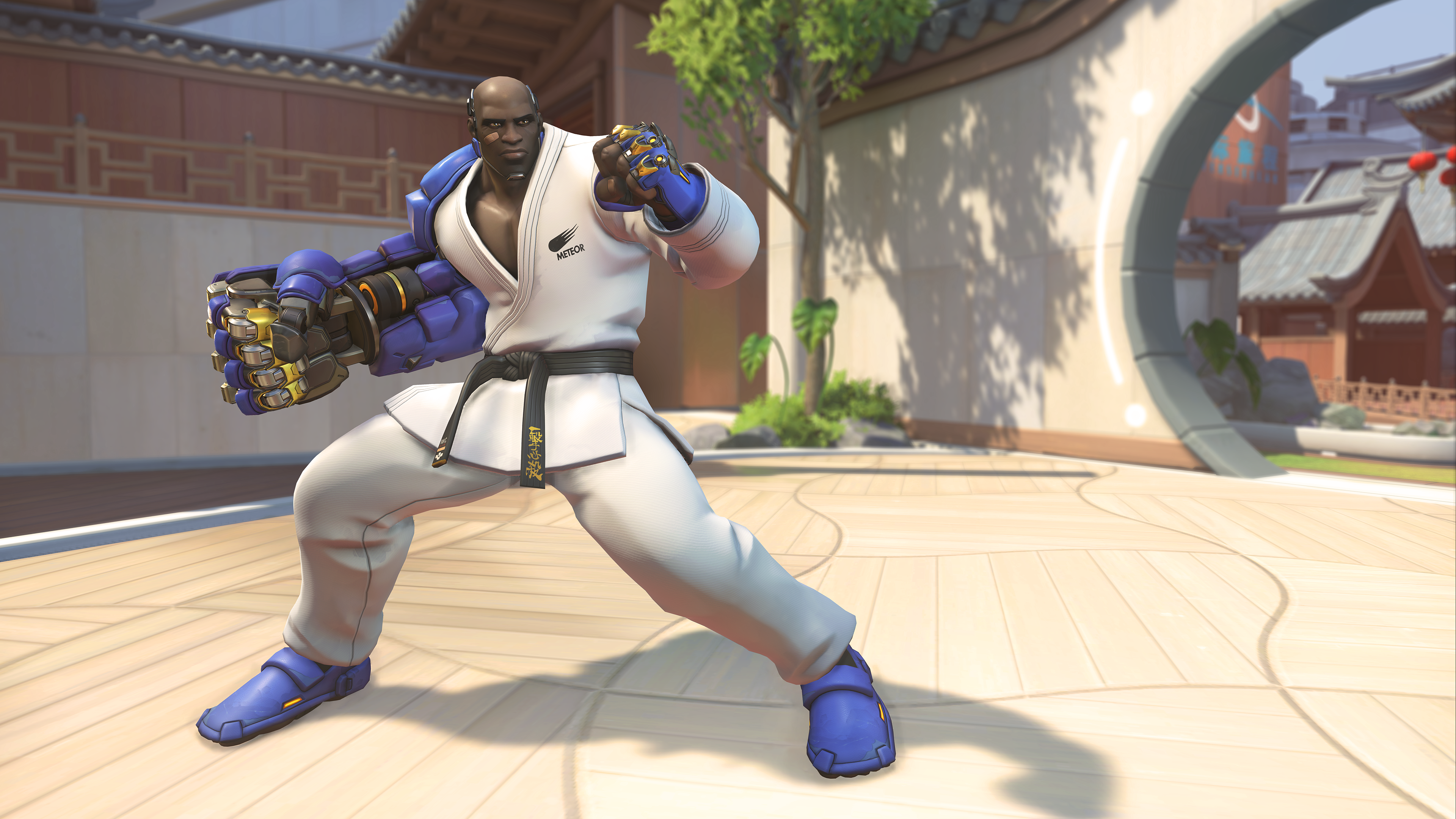 Blizzard Entertainment has briefly discussed the Orisa and Doomfist reworks players will be able to see once they get their hands on the Overwatch 2 beta on April 26. Now, players have more detail than ever about what the two hero kits will look like once the beta hits.

Along with the change to a five-vs-five team composition, updates to Orisa and Doomfist’s kits are some of the biggest changes that will come with the beta, along with new maps, a new hero, and tweaks to other heroes.

Orisa and Doomfist’s changes are far from just tweaks to their kits; they’ve been almost completely redone. Doomfist isn’t even in the same category anymore and has made a switch from a DPS hero to a tank. In a blog post, lead hero designer Geoff Goodman and senior hero designer Brandon Brennan went into more detail about how the two heroes are being reworked.

The first change developers pointed out is the move from DPS to tank hero for Doomfist. He’s getting a health increase from 250 to 450 to be more in line with the health other tanks have, and they are altering his Hand Cannon to be quicker but cause less damage. Rocket Punch is also quicker, but puts out less damage unless it is charged with his Power Block ability first.

Blocking heavy damage when Doomfist is in his Power Block stance will charge up his Rocket Punch, making it more lethal. Doomfist players will need to watch out, though, because the damage is only blocked from the front, meaning his sides and his flank will be unprotected.

“Opposing players should be cautious about charging Doomfist’s gauntlet,” Goodman said. He also compared Doomfist’s Power Block to Zarya’s bubble but a little more instant. “When you block a hard-hitting attack, you get powered up instantly. It almost feels like a parry.”

Seismic Slam has been reworked to combine Upper Cut with the move of the same name. It works more like Winston’s jump now, where Doomfist will jump up in the air in the direction he is aiming and then slam back down into the ground in that same area. When he hits the ground, the effect slows and damages enemies.

Now that Doomfist’s kit has been completely reworked, it will take some adjustment for people to learn how to play him, especially as a tank. Doomfist was given a lot of mobility, so he has the ability to play the role of a disruptor more than the traditional tank that leads their team into battles. He’s meant to turn his enemies’ backs to his teammates and mess with their backlines instead of shielding them from the front.

“[Doomfist is] very threatening, and he causes you to have to be in positions where you don’t want to be, especially on maps where there’s a heavily fortified sort of defensive position, like a ledge or something,” Goodman told Dot Esports. “He can kind of get up there and he can just straight up knock you off the ledge.”

Orisa was another hero that received a big change, but her kit got a more offensive rework, whereas Doomfist’s rework altered his abilities to shift to a more defensive style. Orisa almost received a complete makeover, and developers considered changing her model completely.

In some of the early discussions talking about Orisa’s rework, developers talked about completely changing her model and going with a totally different design. Production costs and the fear of how players would react to that kind of change prevented the model rework from occurring, but it was something that was discussed behind the scenes.

“We did seriously consider [reworking Orisa’s model],” Goodman said. “We had concepts, like three or four different totally different looking hero concepts. She had like she was carrying a shield and she looked very tribal. It was super cool, but we stayed away from it because of the production costs.”

Although she went through three to four different model reworks, the Orisa everyone knows and loves will still be the same in the Overwatch 2 beta. Her kit, however, is a completely different story.

Orisa’s shield is no more, and instead she will yield a javelin that has two very distinct uses. The first is she’ll be able to throw it at her enemies as a secondary fire. She will also be able to use a skill to spin the javelin around, and it will deflect projectiles, push back players, and do damage to them as well.

These two new features of her kit make her far more aggressive than she used to be, and it was something the developers put a lot of thought into after seeing how little she was being played.

“She’s not a popular hero. And one of the complaints we got, feedback we get somewhat often, was that people didn’t like the game as much when she was very meta when she was played a lot,” Goodman said. “The game getting bogged down a lot of times, moving slower, but people felt compelled to play her when they didn’t want to. The specific feedback we got all the time was I put down my shield, and I hold left click and the enemy puts on their shields, and we’re just shooting each other shields.”

Blizzard has changed her kit so much that the only thing that remained the same is her Fortify. Her gun has changed from a projectile-based weapon to a heat-based one, meaning she no longer has to reload but has to watch out for her gun overheating. She also got a new ultimate, which swings her javelin around above her head, bringing in enemies, and then slamming it down to deal massive damage.

To read more about what changes the developers have made to these heroes and get more detail on what the thought process was behind some of the changes, check out the blog post on the Overwatch website.