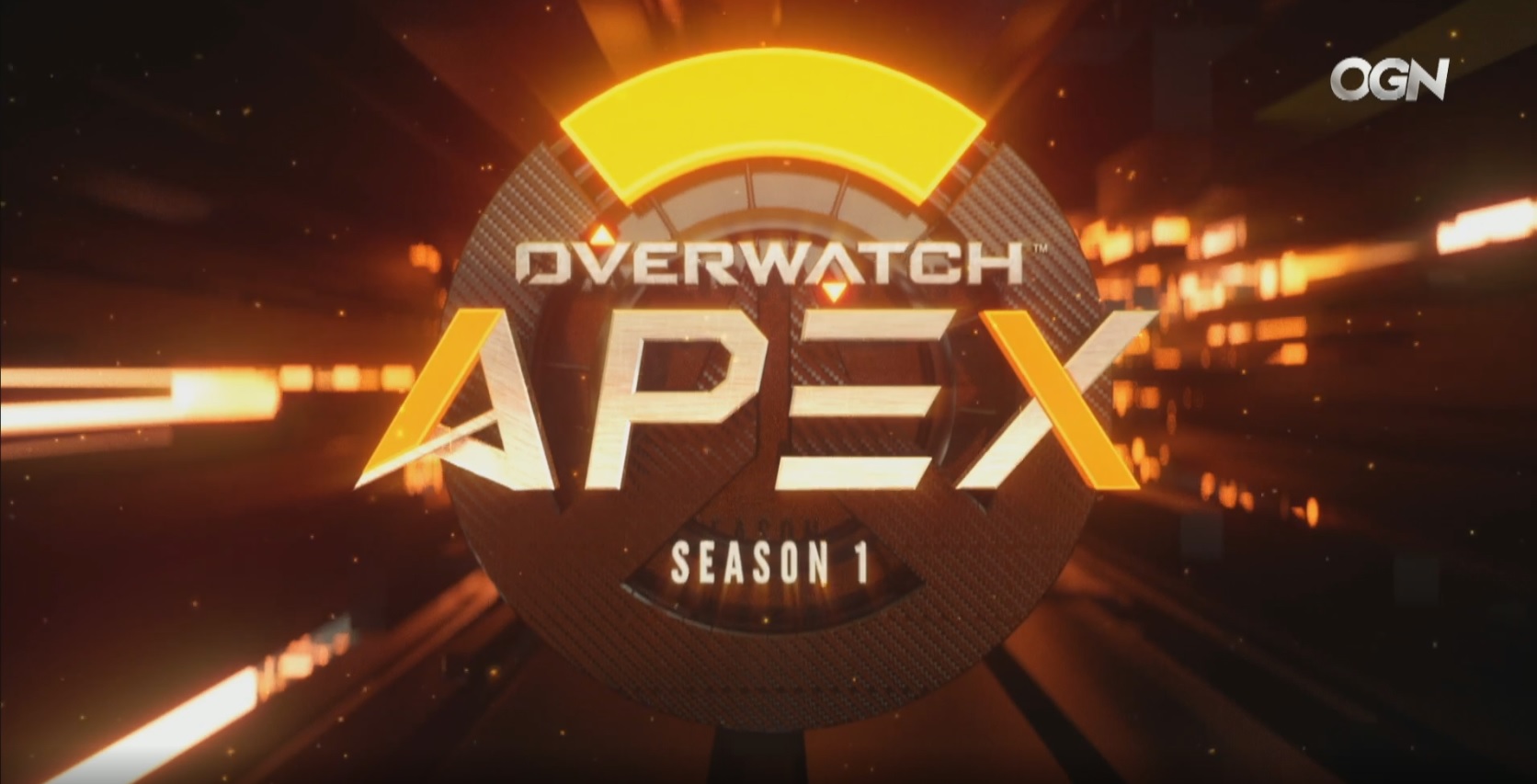 As OGN’s APEX is entering the postseason, there will be more people starting to follow the tournament closely. With 24 best-of-five series spanning over 12 days, it is understandable that less hardcore fans might skip some games. For those of you who haven’t followed as closely, and for the regulars too of course, I bring my ranking of the top players for each role in the APEX playoffs. I’m rating the players based on the impact and ability they’ve displayed, mostly going off of their APEX performances.

The role I’ve been least impressed by, when it comes to depth, is tank. For support & DPS I will be looking at the roles in duos, but as (in my opinion) Reinforce & winz are by far the most impressive tank duo, I’ll take a look at the rest one by one.

1. Miro — He is considered by many as the best tank player, and deservedly so. Always in enemy’s backline, but rarely dying, Miro does ridiculous damage and creates unbelievable amounts of space for his DPS players. In addition to being one of the smartest players, he has also showcased some of the best movement in the game so far. Admittedly, when compared to other tank players, he does get more resources on average, but he also does so much more with what he is given. Reinforce can often impress by taking enemies out of the fight on Reinhardt, but compared to Miro’s Winston doing it to multiple opponents at once, that’s baby play. In addition to that, the Korean’s own Reinhardt has been improving as time passes. And with D.va possibly in the viable heroes pool, we might be looking at an even scarier Miro now.  For a more in-depth write-up on Miro, you can check out Elbion’s article, “A Study In Winston: Miro.”

2. BERNAR — Possibly the best player left in the tournament when it comes to setting up Graviton Surges, in addition to being one of the more impressive aimers among the tank players in APEX. BERNAR didn’t show much else other than Zarya, but that was enough for BK to finish groups in first place. It will be interesting to see if he can continue finding the impressive Graviton Surges as often as he has so far, now that he will be facing top tier opponents. For now though, him being here is a more of a symptom of me being unimpressed by the other tank players more than anything else.

3. Panker — Another tank player who hasn’t displayed versatility, but Panker sticks to the Reinhardt. Similarly to BERNAR, Panker can land great ultimates, but what’s most impressive about him is his ability to get in enemies’ faces even without Nanoboost. Somehow, he manages to keep sneaking around in plain sight against everyone Uncia has faced, and he demolishes the opposition once he gets in place. Again, similarly to BERNAR, I’m interested to see if Panker can continue performing at this level versus the elite tier opponents. However, I am not sure we’ll know the answer after Kongdoo facing Lunatic-Hai, as EscA seems to be all too happy being in his opponent’s faces.

Support seems to be the most unappreciated position when it comes to fans praising players. Despite being generally considered a less skilful position, and players like Sylph and Runner exiting the tournament in the group stage, support still shows surprising amount of depth.

Note: I consider two and three to be very close, and on any given day one could outperform the other. I am giving the edge to EnVyUs’ duo because of Soldier 76 coming back into the meta.

1. Ryujehong & Tobi — While jaehong might be an above average Zarya player, he is one of the best Ana players in the world. He and Tobi combined create, in my opinion, the most fearsome support duo in APEX. Tobi’s ability to stay alive while constantly outputting damage and generating ultimates faster than his opponents is partially the reason for that. Jehong, on the other hand, is seemingly always able to outduel the enemy support, while keeping himself largely immune to dives. Similarly to uNKOE, who I’ll discuss in a bit, Jehong is able to land grenades on enemies at insane ranges. Some might consider Jehong’s and Tobi’s talents wasted in the support position, but with the changes to ultimate charging, I’m not too sure about that.

2. Chipshajen & HarryHook — Similarly to the first two, Chipshajen and HarryHook are also some of the best aimers in the world. With the Soldier 76 buffs, HarryHook will likely have even more impact on the games, considering some would call him the best in the world on that hero. Chipshajen, perhaps not as proficient at hitscan damage delivery as HarryHook (which is not a knock against anyone really), has impressed me most with his solid positioning and ability to stay alive even against dedicated dive compositions. Similarly to my top pick, the impact these two create will be easier to note in future, as the ultimate charge change goes live.

3. uNKOE & KnOxXx — These two create another duo of two supports that can do a lot of damage. Both can play the Zenyatta and the Lucio, and uNKOE’s Ana is the best in the tournament. He is able to land Biotic Grenades and darts on opponents that are seemingly halfway across the map. In addition to that, he is another one of these “undivable Ana” players I keep harping on about. Hard to catch out of position and, even if you do, it is hard to kill him thanks to Rogue’s teamplay and coordination. KnOxXx sadly didn’t get to show off too much during the group stage, as it wasn’t required, but he put in consistently solid performances. I will be looking forward to him bringing us more Zenyatta play, as it has started to become more and more popular as the tournament has continued.

I am not sure if I’m just easily impressed by what is traditionally the carry position on the team, or if the most of the skilled players are currently picking to play the DPS position, but this is the one I’ve got most players in.

Note: Two and three are close for me, but I’m giving the edge over to Reunited’s duo, for experience.

1. TviQ & aKm — I’m opening this one with a complaint. These two played nine maps, and I still continue to think they are yet to be tested in APEX. Similarly to APAC, they continue outputting tons of damage, but even AF Blue couldn’t really challenge the perfect positioning that these two have. Between TviQ’s diversity and aKm’s explosiveness, they have all bases covered and have consistently been the best DPS duo in the tournament so far. As nV will be using a new player for the match with Rogue, it is likely that the duo’s first true, and possibly only, test of the tournament will be against Lunatic-Hai for the fourth time.

2. Vallutaja & uNFixed — After the rocky start, this duo has been steadily improving, largely thanks to uNFixed looking much more comfortable on DPS over time. While uNFixed is getting better and better at creating space for his teammates to work with, Vallutaja continues to be one of the trickiest DPS players. The Estonian is seemingly always either in your face or sneaking behind your back, and opponents can never tell which one is coming next. Reunited meeting AF Blue will be a good test to measure the progress the duo has made, as the Freecs have been looking good and should be one of the more comfortable teams on the new patch.

3. ArHaN & Recry — Despite ArHaN being the more respected player by the community, in my opinion Recry has been carrying the bulk of the weight for this duo in APEX. While ArHaN definitely gets caught in silly positions less, going by what we’ve seen in games, I’m guessing he also does less damage. Despite that, he is one of the most impressive DPS players in the world, as we saw at BlizzCon. Going over to Recry — what wows me most about him is his mechanical ability, both in terms of aim and movement. Similarly to Miro, Recry has the uncanny ability to dodge a lot of the enemy attacks by moving around and can even make it look easy. With all the perks good mechanical players get from the new patch, he should also get caught less often, which in turn would help ArHaN to perform at his best. In addition to everything else, both players have shown themselves to be decently versatile.

4. Birdring & DNCE — This is where I would guess most people get off the Korean hype train, but not me! Throughout the group stage, I became increasingly more impressed with birdring’s play. The best way to describe him would be calling him mini-Vallutaja, as he’s versatile, deals a lot of damage and can sometimes get sneaky. Compared to other top DPS players, however, he is lacking in terms of playmaking and sometimes can seem a bit forceful in his approach if he doesn’t get help from his team. That’s where DNCE comes in, who is similar to EscA in the fact that he is very much the in-your-face kind of DPS. That naturally makes him perform inconsistently, but so far he’s been able to deliver for his team in the clutch. However, as his squad is facing Miro and co. in the quarterfinal, I doubt he’ll be as effective in that match-up as he was during the round-of-16.

This concludes my ranking of the top players in APEX’s playoffs, feel welcome to let me know if you agree or disagree at @RadoNonFire on Twitter.

Do you agree with RadoN’s rankings? Who are you watching closely as the playoffs begin? Let us know your thoughts in the comments below, or tweet us @GAMURScom.

Hello readers! I go by the ID RadoN and, probably similarly to many of you, I’ve been playing video games for years. My introduction to esports happened in 2009 and ever since, I’ve been following different titles within the industry. Other games I currently follow are LoL, CS:GO and QL, with the occasional SFV, DOTA2, SC2 and HotS. If you wish to provide feedback, support and follow future content, including daily APEX updates, or simply know more about my thoughts on gaming and esports, you can follow me on Twitter @RadoNonFire.