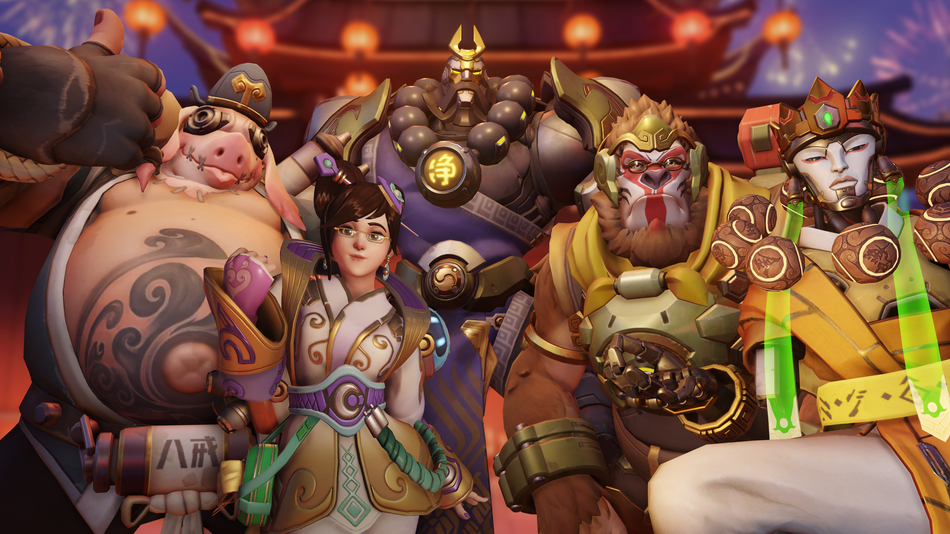 Overwatch’s annual Lunar New Year event is set to kick off on Feb. 8. This year, it’s in celebration of the Year of the Dog.

Last year’s event, Year of the Rooster, was a huge success in Overwatch, adding not only a variety of new skins but a highly-requested game mode—Capture the Flag. Blizzard is heading into Year of the Dog with a lot of anticipation at its back: Will it be able to top Year of the Rooster?

We don’t have much information yet regarding the Year of the Dog start time, but Overwatch’s event history suggests it’ll begin either at 1pm or 2pm ET on Feb. 8. As with Overwatch’s other events—most recently, the launch of Blizzard World—there’s likely to be queues to get into the game. It’s a ton of players logging in at exactly the same moment, and sometimes it’s too much for the game’s servers.

Last year’s event brought skins based on Chinese tale Journey to the West, all of which will be offered at a discounted price this time around. At least six Overwatch heroes will receive legendary new skins for the Year of the Dog event, including both Mercy and Genji. Likewise, Overwatch game director Jeff Kaplan said in a Developer Update that a new highlight intro will debut alongside a whole range of new cosmetics.

Capture the Rooster, a new game mode introduced last year, was really popular during the event. So popular, in fact, that Blizzard permanently added it to the game in the Arcade and in the Custom Games menu. Kaplan confirmed on Feb. 6 that Capture the Rooster, now just called Capture the Flag, will return this year for the Lunar New Year event, bringing along with it a new map made specifically for the game type. The new map, Ayutthaya, is set and Thailand and will debut on Feb. 6.

Putting the new map aside, Capture the Flag will see balance adjustments, too. One big change is how Blizzard deals with draws. A sudden death mechanic has been added that moves both flags to the center of the map, making the capture distance for both teams very short. Picking up the flag is instant now, too, though certain heroes will drop the flag if they use mobility abilities like Winston’s leap.

“We found that by doing this the rate of capture is much higher,” Kaplan said. “The games are much more offensive and much more action packed.”

Fans of Capture the Flag will be excited to hear that Blizzard is adding a four-week competitive season to Overwatch. Players will be able to fight for the top spot on the competitive leader board, just like in competitive Lúcioball. Special sprays and icons will be awarded for players that complete their placement matches and make the top 500 list.

Blizzard’s themed events typically last three weeks—but Year of the Dog is bucking that tradition. Blizzard has not confirmed the exact end date, however. Kaplan explained why the event will run four weeks instead of the traditional three in the Developer Update.

“Because a lot of people are traveling during the actual Lunar New Year, they actually missed part of the event,” Kaplan said. “We wanted to extent to give more people a chance that are traveling to experience the event.”

The official start of the Chinese New Year is on Feb. 16, right in the middle of the Overwatch event.