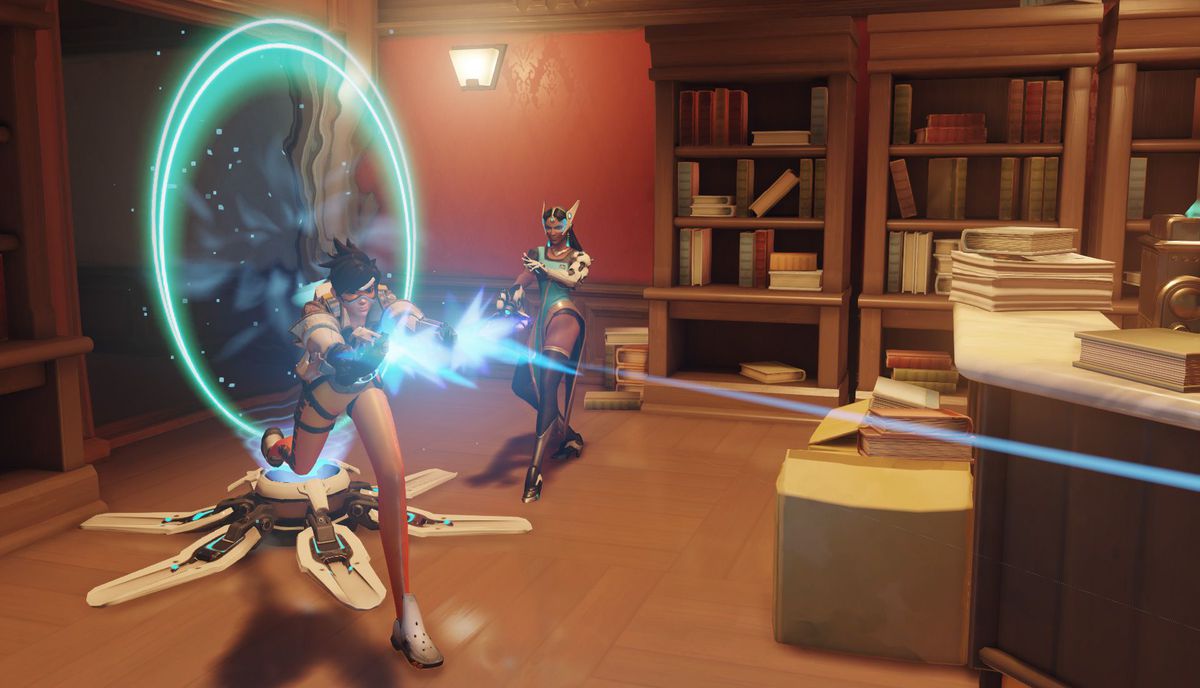 Symmetra is forever changed thanks to her second rework since Overwatch was released two years ago.

The long-awaited overhaul was uploaded to the Overwatch test server yesterday. The changes are serious, likely Overwatch’s biggest rework since launch. Symmetra is no longer relegated to the support category, instead placed right in the newly formed damage classification—a mixture of DPS and defense heroes. Blizzard made these adjustments as a way to make her “more viable in more team compositions and maps,” according to Overwatch developer Geoff Goldman. Her kit is supposed to be more usable on offense and defense.

Symmetra’s primary fire no longer locks onto enemies—it looks a lot more like Zarya’s weapon now, firing a straight beam of energy outward in a line. She deals a lot more damage, with the weapon’s range increased to 10 meters. Proton Projector ramps up slower now—it takes two seconds instead of one—with an overall increased output to 60 damage, 120 damage, and 180 damage. Damage ramps down slower, too, which makes the output easier to maintain for big fights, Goodman said.

Ammo is also generated instead of spent when barriers are hit.

Alternate fire for the Photon Projector is different, too. The projectile doesn’t pierce through enemies anymore; instead, it explodes on contact. Goodman said the weapon is more reliable to use at long ranges. “Explosive projectiles are even more powerful when fired above your enemies because they can deal splash damage, which is now more possible for Symmetra due to her Teleporter changes,” Goodman wrote. It looks very similar, but is a bit more flexible—which allows her to do more damage overall.

Symmetra throws her turrets, which makes them a lot more useful against a wider variety of heroes. She used to only be able to place them within reach of her body, making them useless against heroes with serious mobility, like Pharah. There’s a lot of possibilities with Symmetra’s new turrets. They’re a core part of the kit that will be important in how she’s played.

Instead of six, Symmetra now has three, given how powerful those three are.

Related: Blizzard could be teasing Hammond as the next Overwatch hero

Photon Barrier is out, replaced now by Symmetra’s Teleporter ability. Symmetra players can now place the teleporter’s exit further away, with the entrance built wherever she’s standing. Allies are able to run in and out of either teleporter for 10 seconds. Allies have to interact with the teleporters to use them.

The teleporter is one of Symmetra’s more interesting abilities, with the potential for really weird and unique plays. It can be used to put low mobility heroes in hard-to-reach places, or used as an escape route for Ana or Zenyatta—two low mobility heroes. There are harder to pull off uses, like saving your team from a Graviton Surge, or launching a D.Va bomb through the portal.

Photon Barrier got supersized. It used to be a small barrier that moved forward in a straight line. Now it’s a massive, immobile wall that cuts through the entire Overwatch map. It can be used to protect her team in fights or cut off a dangerous ultimate, like D.Va’s Self-Destruct. It’s so big that Symmetra can use it in fights she’s not even involved in—you’ve just got to have good aim with it. “You can also combo your abilities together and place a Teleporter on both sides of your wall, allowing your teammates (or yourself) to quickly switch which side of it they are on,” Goodman said.

Symmetra will likely stay on the Overwatch test server for a while now. These are major changes that have the potential to shake up the game’s meta.