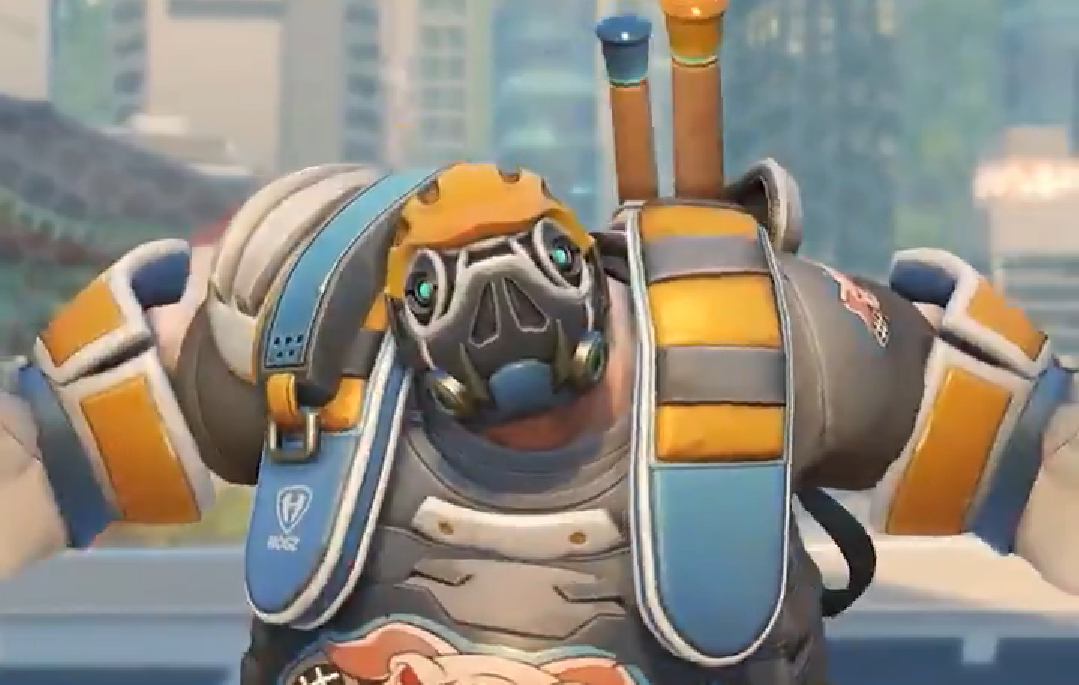 With Overwatch’s Summer Games just days away, Blizzard is continuing its lead-in with a new skin for Roadhog.

The developer has been unveiling new skins since the Overwatch event was announced last week. Blizzard had a lot to live up to considering last year’s Summer Games skins, but fans seem more than pleased at the latest offerings. Lacrosse Roadhog is another good offering to Overwatch’s players.

Roadhog dons a special lacrosse mask that protects his pig-snout face with metal. His gear is blue and yellow, with a big ol’ pig painted over his belly. It’s the latest skin to be revealed after Blizzard showed off the Cabana Ana skin. Before that, the Overwatch developer revealed new skins for D.Va, Reinhardt, and Winston. Like the skins before it, Lacrosse Roadhog is a legendary Overwatch skin, so it’ll cost 3,000 credits—unless you’re able to snag it in a Summer Games loot box.

Overwatch’s Summer Games event is scheduled to begin on Aug. 9. New skins aren’t the only draw. Blizzard is also bringing back Lúcioball and Copa Lúcioball, both with a brand new map set in Busan, South Korea.