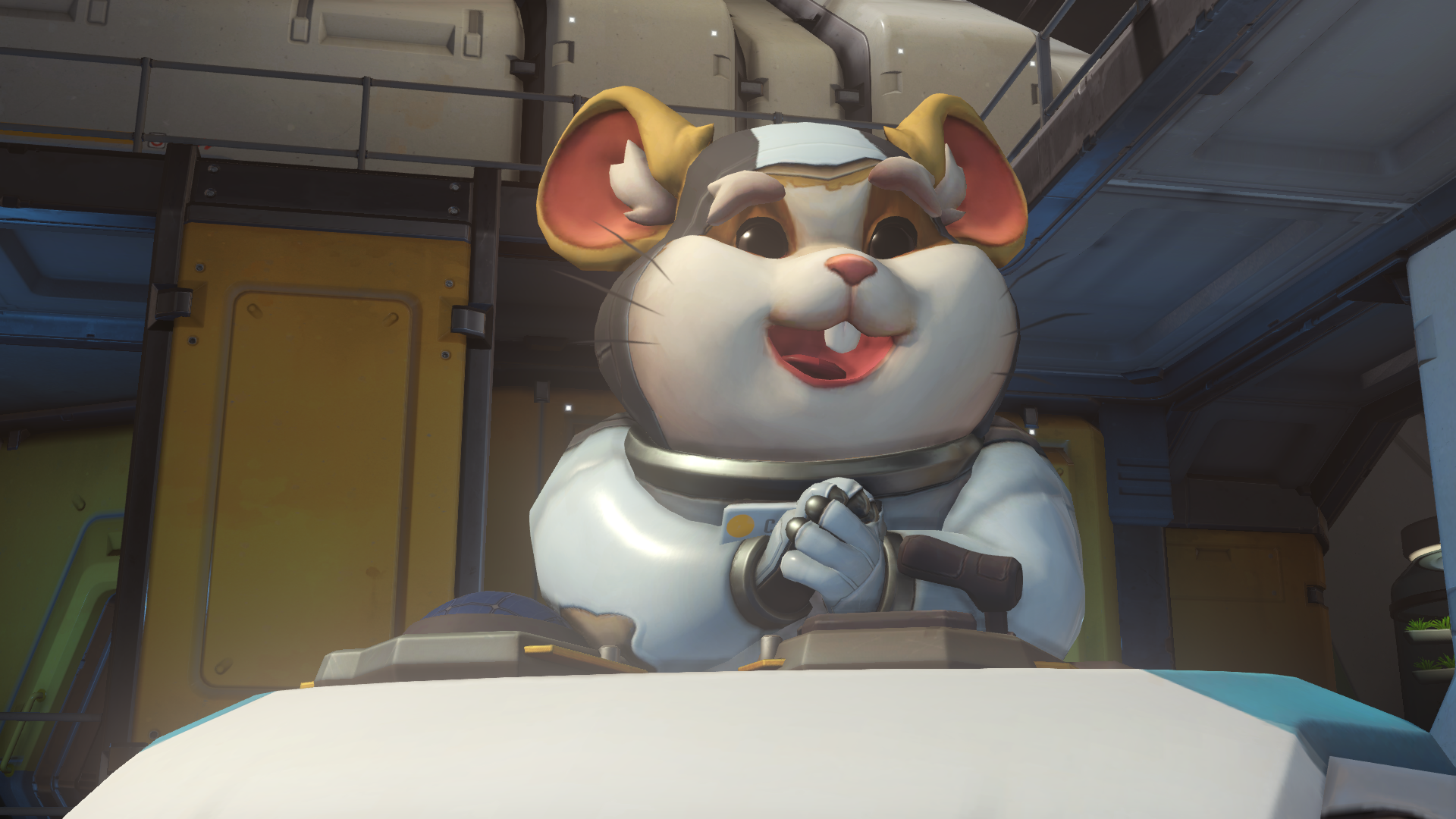 After a long incubation period on the Overwatch test server, Wrecking Ball will be uploaded to the Overwatch live server on July 24.

“Beware of small mammals,” Blizzard wrote on the Overwatch Twitter account. “Wrecking Ball rolls into the fight July 24, 2018.” The Twitter post shows one of Hammond’s highlight intros, but there’s something else of note in the background—the Summer Games logo on the beach flags. Fans are speculating that the Summer Games will begin alongside Hammond’s release, or at least shortly after.

Wrecking Ball, better known as Hammond, is Overwatch’s 28th hero. He was teased for a week or so before Blizzard added the battle hamster to the game’s PTR on June 28. Many Overwatch fans guessed that Hammond would be the next hero, but not that he’d be a hamster. It’d been assumed that Hammond was a monkey that lived on the moon with Winston; lots of players were surprised to find out he was a rodent.

But once the initial shock wore off, Overwatch players embraced Hammond. He’s a powerful tank hero with unique mechanics; he brings a new, exciting playstyle to the game. Blizzard called Hammond an “aggressive bruiser” that’s good for bullying the enemy’s backline. “He excels at disrupting enemies’ positioning with his Roll and Piledriver abilities while also posing a serious threat if he’s left alone to train his Quad Cannons on key targets,” Blizzard wrote.