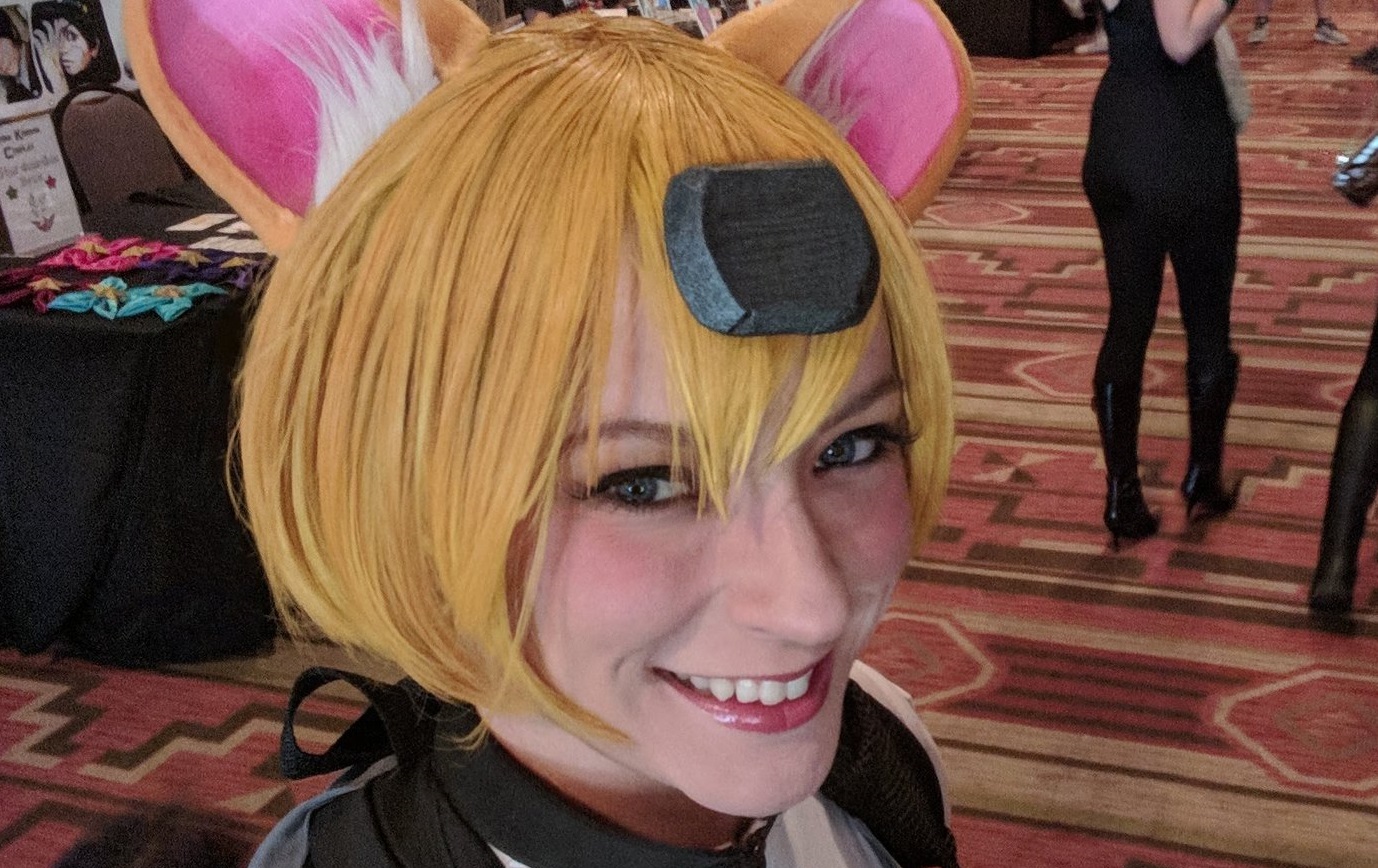 Overwatch’s latest hero is a hamster.

Blizzard revealed Wrecking Ball, also known as Hammond, on June 28. The genetically-modified hamster pilots what’s essentially a mechanized hamster ball. As with all Overwatch heroes, cosplay is inbound—but one cosplayer already put together an adorable outfit for the new character.

Cree Nicole Cosplay created the Hammond outfit in just one day and debuted the costume during an Albuquerque convention. “When he came out on Thursday, I knew I’d do something with him sooner or later, so I 3D-printed ears that I thought would make a good base that night,” Cree Nicole said. On the last day of the convention, Cree Nicole decided to put together a quick Hammond outfit.

“I spent the morning making his little jumpsuit, I painted and finished the ears with fuzzy material, and retrofitted a backpack I had to make his little chest piece and to carry my stuff,” she added.

But Cree Nicole isn’t done yet. She said she won’t be building his entire mech, but she’s got plans to add whiskers and make one of the guns from his kit.

As it turns out, Hammond isn’t her first Overwatch character. Cree Nicole’s got outfits for Reinhardt, McCree, Mercy, and two D.Va skins. Cree Nicole does a stunning job recreating each of her Overwatch heroes’ unique features.

Hammond is playable now on Overwatch’s test server, but that’s only open to PC Overwatch players. Blizzard hasn’t given a timeline for his move over to the live server.