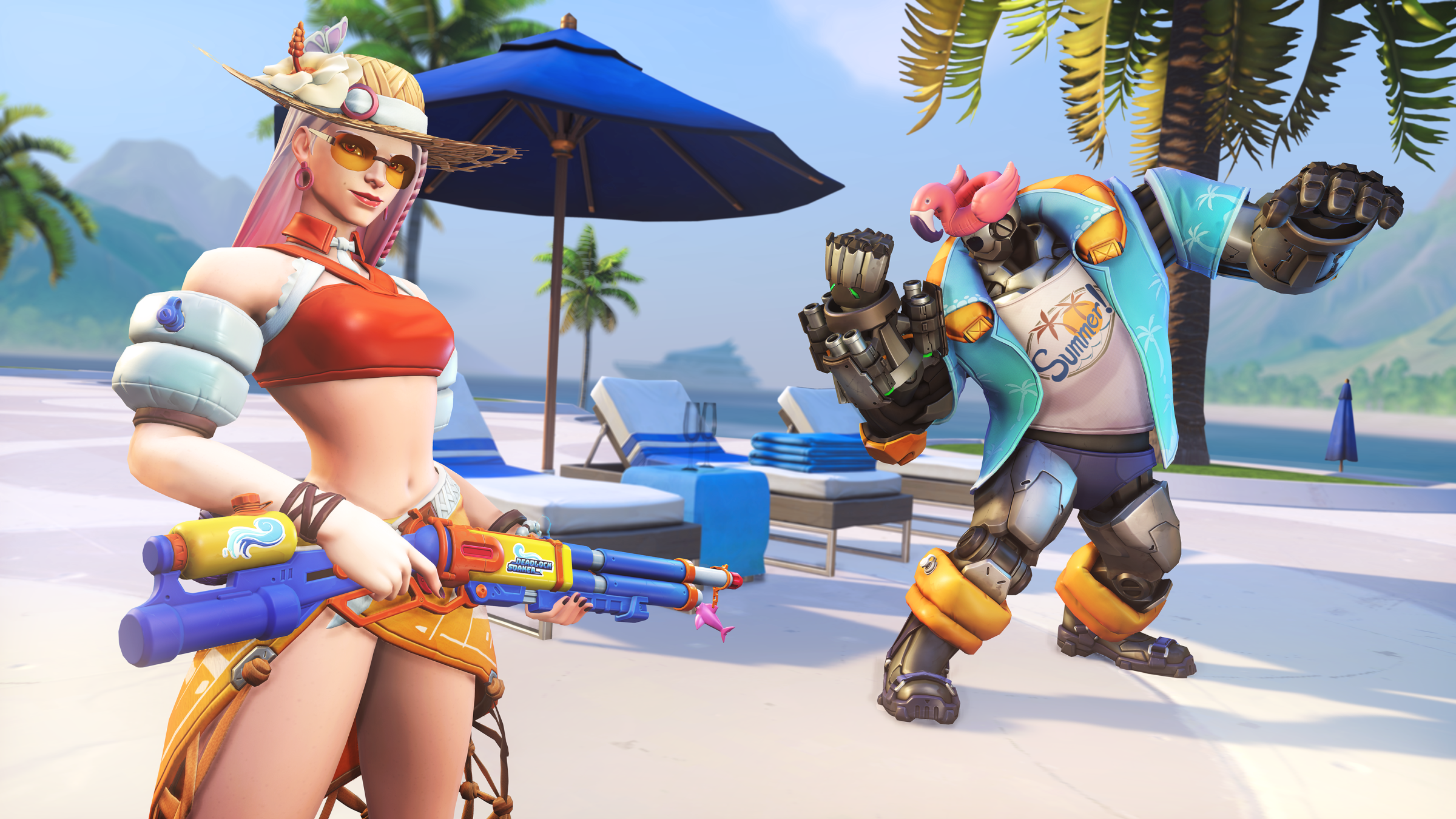 It’s finally time for some fun in the sun thanks to Overwatch’s 2021 Summer Games event, which is now live. Players can enjoy new summer-themed cosmetics and head back into the Lúcioball arena if they’re craving competition.

When the event began a few years ago, it was a homage to the Olympics and other summertime sporting events. As time passed, however, Overwatch’s Summer Games have morphed into a celebration of beaches, treats, and everything fun about the season.

Players can unlock eight new skins during this year’s event and most of them are based around that all-important seaside vibe. Scuba Sigma and Poolside Ashe give two of the game’s newer heroes their very own swimsuit skins, while Ocean King Winston and Mermaid Symmetra dip into the mythology surrounding the deep ocean.

Three Epic skins, like Nihon Hanzo, will be available through weekly challenges in which players can rack up points by playing or winning games of Overwatch. Each week, a skin can be acquired by earning 27 “points” in quick play, competitive mode, or arcade.

The highlight of Summer Games is always the return of Lúcioball, the game’s high-paced version of soccer. Three Lúcio players on each side try to “boop” a ball into the opposing net while using speed and skill to evade opponents. Lúcioball Remix will also come back this year, adding fun twists to the base mode.

Overwatch’s Summer Games event is now live on all platforms and will continue until Aug. 10.