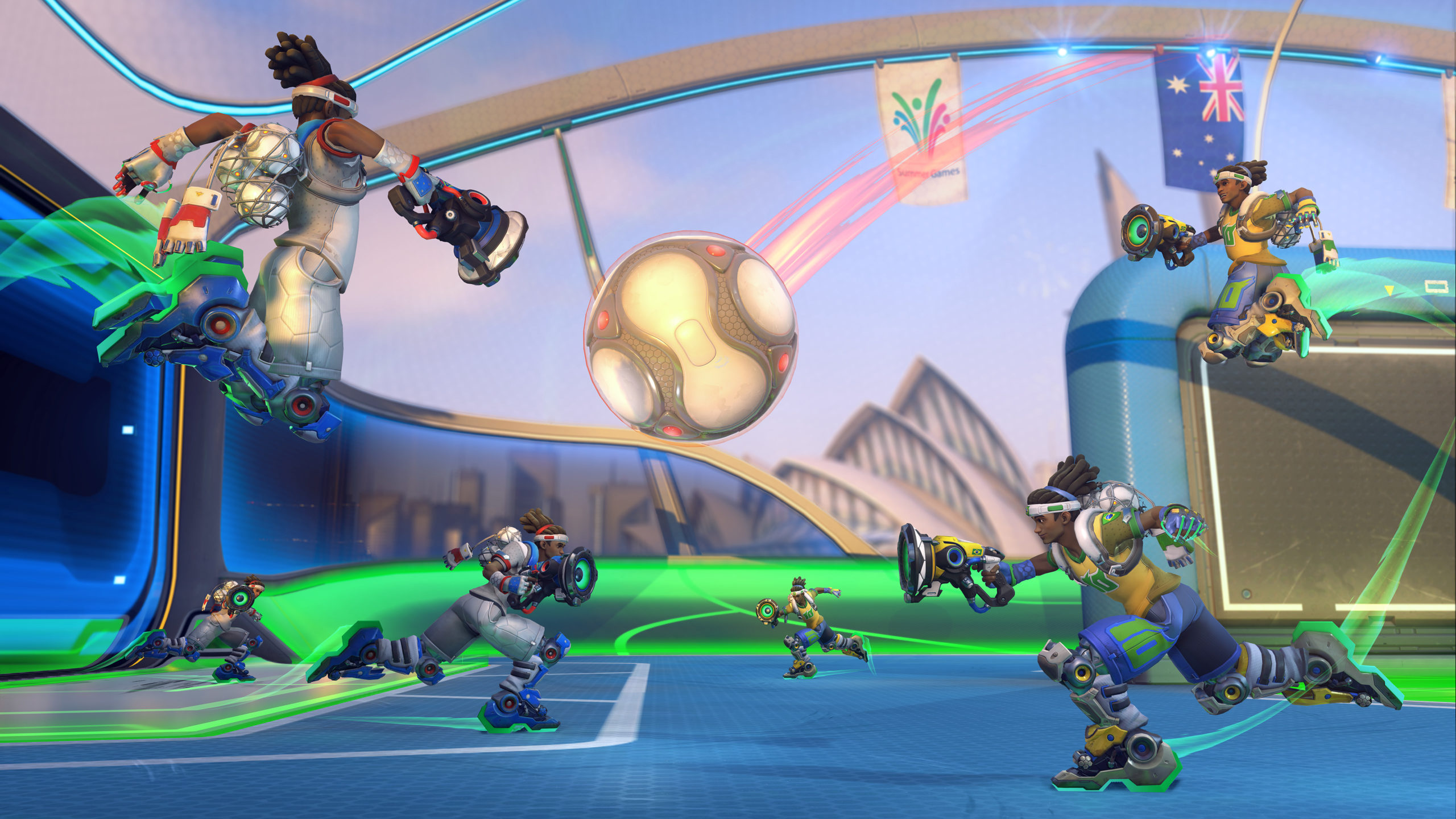 Even if we can’t go to the beach in real life, Overwatch’s Summer Games event is here to bring the heat straight to our monitors.

The annual event will begin on Aug. 4 and run through Aug. 26, bringing new skins, new emotes, and new challenges to players. Lúcioball, a special arcade mode only active during Summer Games, returns with a new “remix” mode.

Lúcioball is always the highlight of the Summer Games event. The fast-paced, Overwatch version of soccer stars support hero Lúcio. Three players on each side of a field zip around the arena, trying to “boop” and knock a ball into the opposing team’s goal. Use jump pads and speed boosts to defy gravity and get some serious airtime.

For the 2020 event, Overwatch is introducing “Lúcioball Remix” to the arcade. This is a more chaotic version of Lúcioball with two balls in play at all times. Players aren’t reset when a goal is scored, like in the normal version of Lúcioball, but are encouraged to keep zooming around the map to take advantage of the chaos. Maps will include more jump pads and wall riding opportunities.

As usual, players can also unlock skins and other assets from previous years of Summer Games events for a reduced price. All of the new content is available only from Aug. 4 to 26. New skins and emotes, as well as old Summer Games content, can be found in Summer Games loot boxes or purchased with gold on the Character Gallery screen.