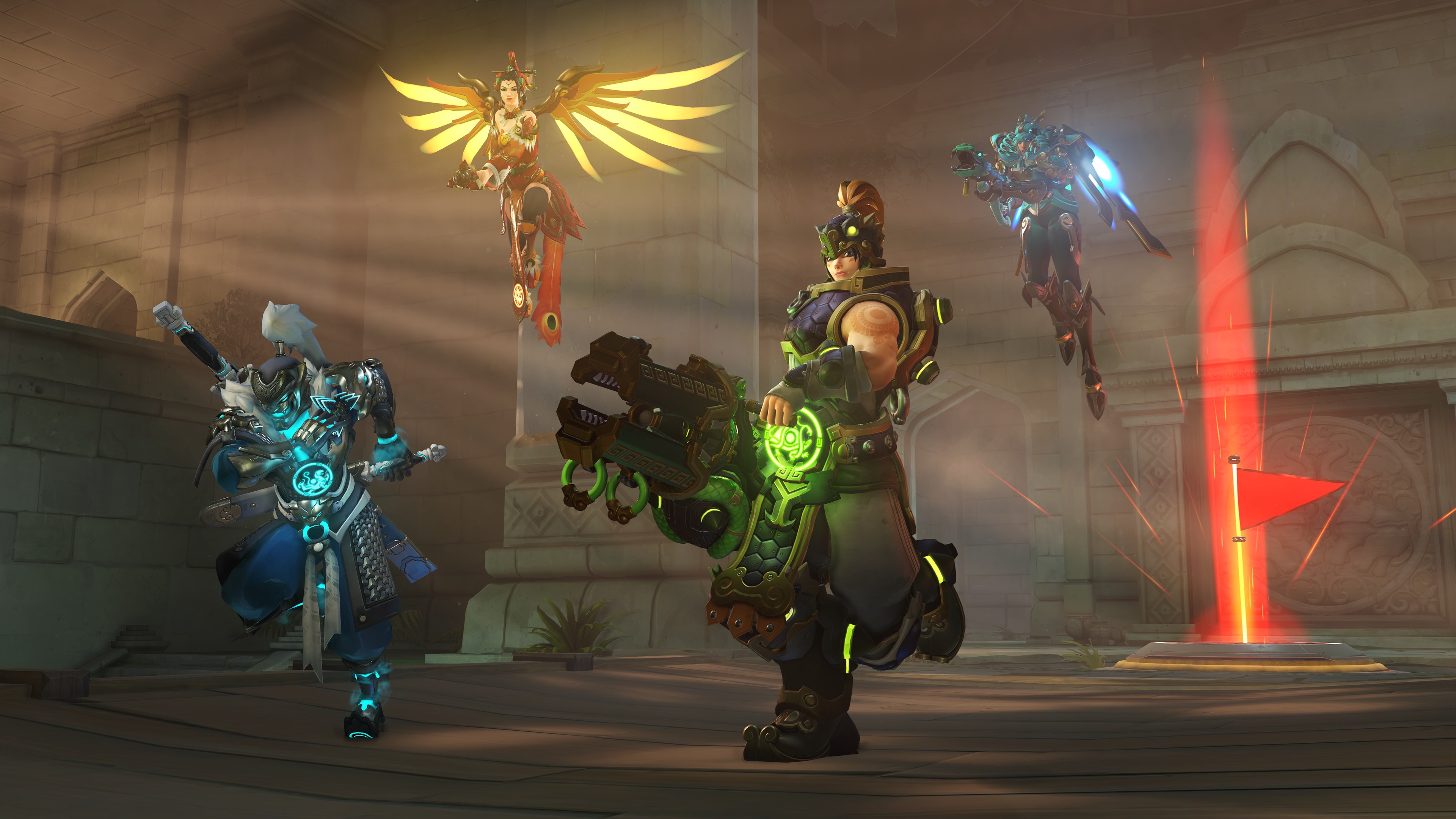 The official Overwatch Twitter page revealed two of the skins by including them as a part of their Lunar New Year header. Lúcio’s skin design is based on that of a Korean percussionist, according to numerous Twitter users. The skin is a nod to Lúcio’s love of music. Moira is given the garb of a Korean shaman within a performance. While the skin is colorful and festive, her mask is spooky.

The rest of the skins were leaked by Naeri, a member of Blizzard Overwatch Korea. Brigitte receives an extremely colorful skin that seems to fit within the Chinese theme of many previous Lunar New Year skins. Sombra’s new skin melds Lunar New Year style with a sugar skull design, the sneaky hero’s signature look. These skins are all incredibly detailed. They’ll likely be the Legendary skins available for the event.

Doomfist gets a simple updated skin with a gilded gold weapon and purple highlights that fit the theme of other characters. Wrecking Ball also gets a gilded makeover, but the tiny hamster is the one that’s covered in gold leaf. His mech is covered in a red and white design that seems to resemble a lotus flower. Winston will be better at camouflage than he’s ever been with a gray and green design that makes him look like a jade statue.

More information will be available once the Lunar New Year event begins tomorrow, Jan. 16. A few of these skins will likely only be unlocked through weekly challenges. This weekly challenge system has been used for multiple previous Overwatch events.