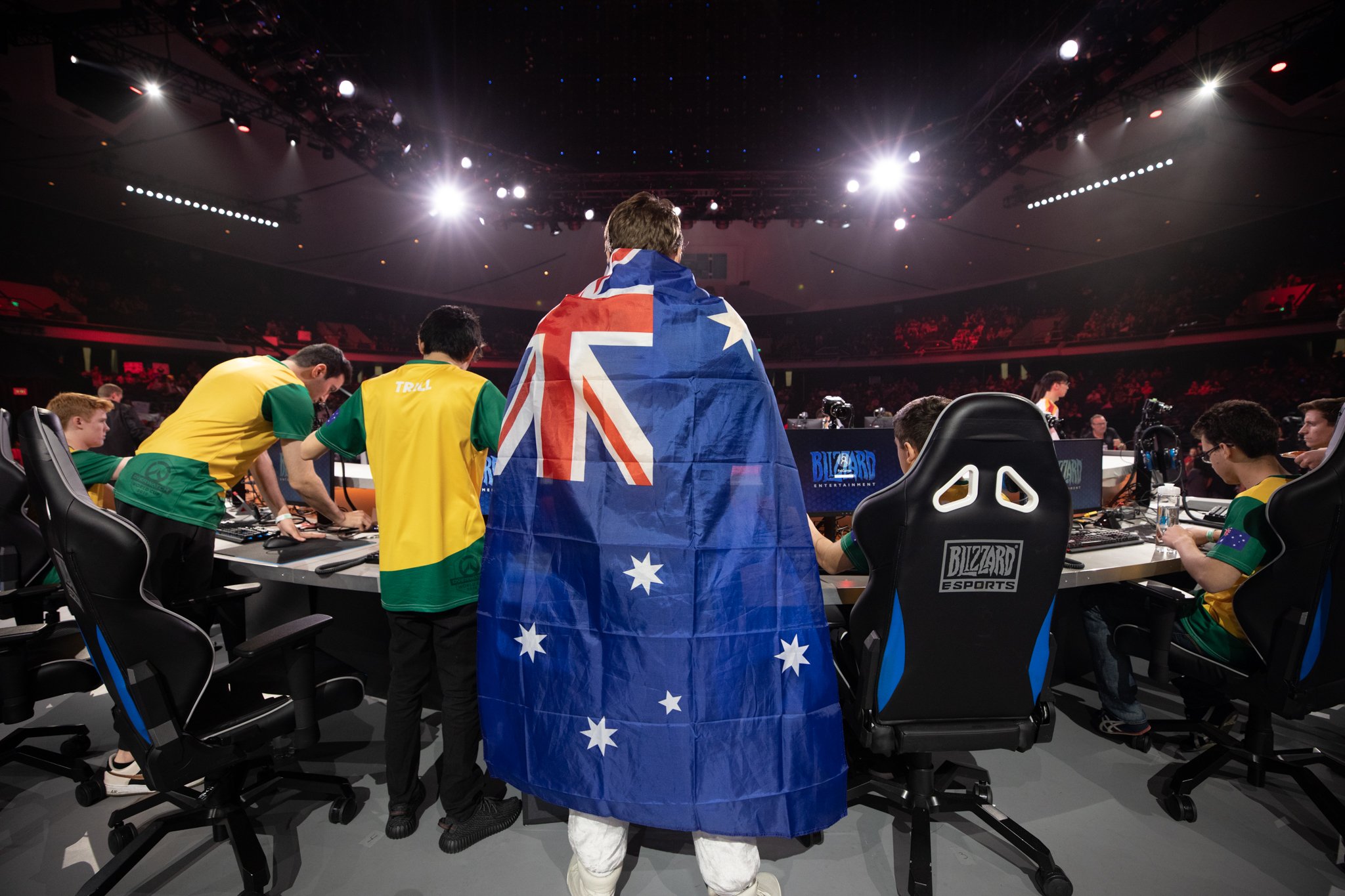 Get ready to raise those koalas. For the 2019 Overwatch World Cup, Team Australia have compiled a roster of veterans and top-tier Contenders talent.

After two years of being eliminated in the quarterfinals at BlizzCon, the team from down under is hoping their luck will turn around in 2019.

Team Australia’s roster features a healthy mix of Overwatch League talent, Contenders champions, and local stars. Hitscan DPS ieatuup made a mark on Overwatch Contenders China and previously played for Team Australia in 2017. He’ll team up with projectile specialist ckm, who came out of retirement for the national team. Ckm’s Pharah was a nightmare for teams at the 2018 Bangkok qualifiers. With this meta, he’s likely to return with a vengeance from the air.

The big names on Team Australia come in the form of their tanks. Off-tank Punk has been a standout on Boston Uprising’s North American Contenders team, Uprising Academy, for multiple seasons. Trill was signed to the Dallas Fuel midway through the latest Overwatch League season after playing for the Fuel’s Contenders team, Team Envy, from his home in Australia. Even on 300 ping, Trill was terrifying. While he didn’t have much time to shine on the Dallas Fuel, this is his opportunity to show what he can do.

Australia haven’t had the easiest time at the Overwatch World Cup. In 2017, the team had a competitive match against Team Canada in the quarterfinals, but were eliminated from the competition after a 3-2 loss. Australia’s trip to BlizzCon in 2018 hinged on winning a single map against Team China at the Bangkok Qualifiers. They made the cut only to end up against Team South Korea in the quarterfinals of the 2018 World Cup. Their 3-0 loss wasn’t unexpected, but it was unlucky.

If Australia get lucky in the preliminary rounds, which are held Oct. 31 at BlizzCon, they may finally make it to the semifinals. A higher seed may allow them to avoid facing a top-tier team in the quarterfinals. Australia have always been known for wild team compositions that focus their strengths and downplay their weaknesses. With head coach Andrew “Rqt” Haws, who recently coached ORDER to an Australian Contenders championship win, they have a fighting chance.

Australia must rely on their mechanically-skilled DPS to demolish enemies and learn from the professional experience of their tanks, Trill and Punk, who can help with Overwatch League-level coordination. While they might not be able to stand up to behemoths like South Korea, Team Australia have a real chance to make it past the first round of BlizzCon this year.