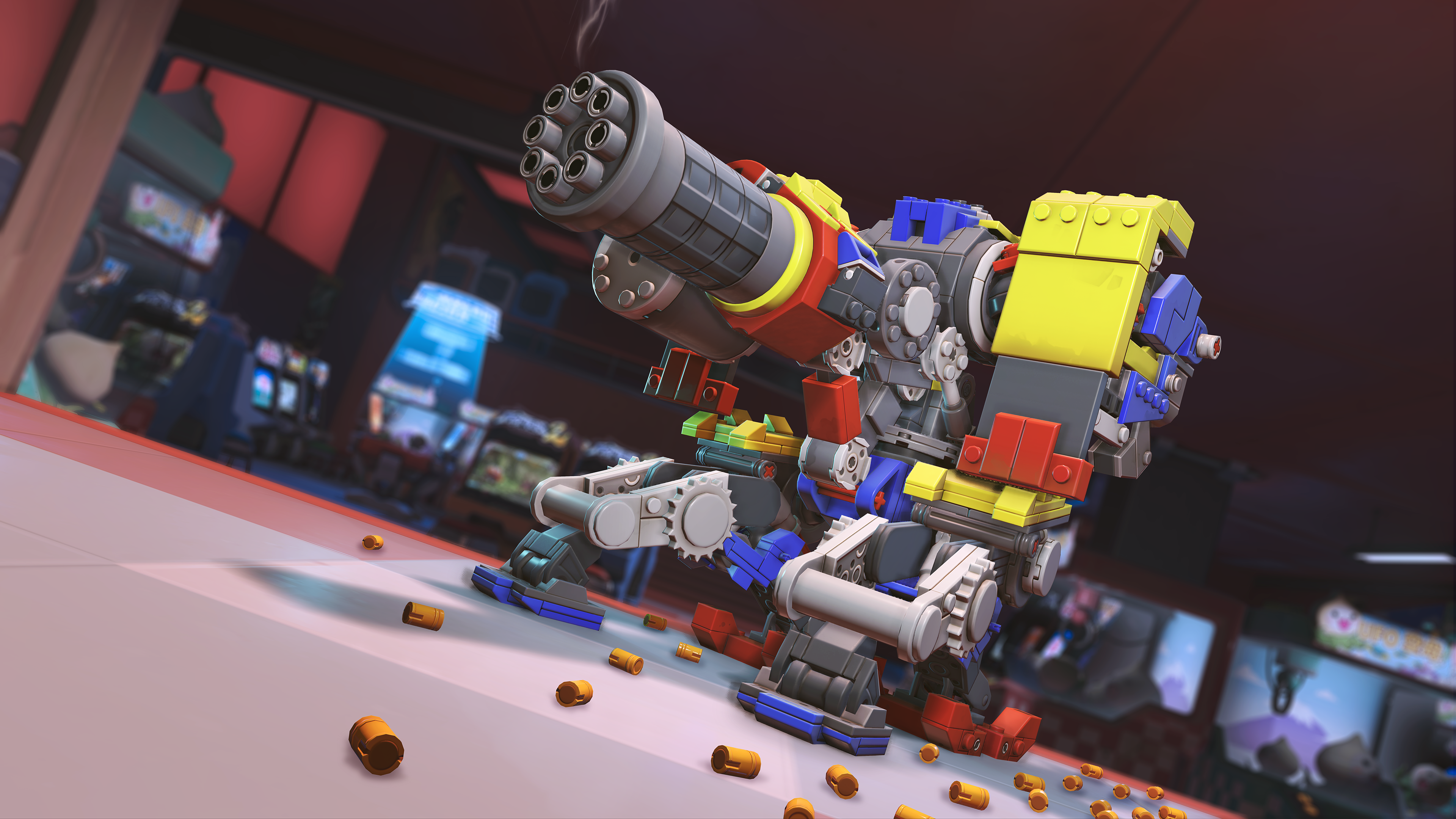 Build up rewards by supporting the Overwatch community this month during Bastion’s Brick Challenge. During the event, fans can earn a legendary Bastion skin by winning Overwatch games, but even more rewards can be earned by watching partnered streamers through Sept. 30.

For every Overwatch challenge, the game has partnered with popular streamers in the community to encourage fans to support the community. Fans can earn seven exclusive character sprays in Overwatch by watching any of the partnered streams from Sept. 17 to 30. These sprays show popular Overwatch heroes imagined as Lego figurines.

The latest round of partnered streamers includes a diverse set of Overwatch players, from a former Overwatch World Cup Team Thailand player to the winner of a Twitch Rivals tournament. Specific dates for partnered streamers are listed in the official announcement, but watching these streams at any point until Sept. 30 will unlock rewards.

To earn in-game Overwatch rewards, your Blizzard account must be linked with your Twitch account. For every two hours of streams you watch, you’ll unlock exclusive sprays up to six hours of viewing time. This promotion lasts until Sept. 30.