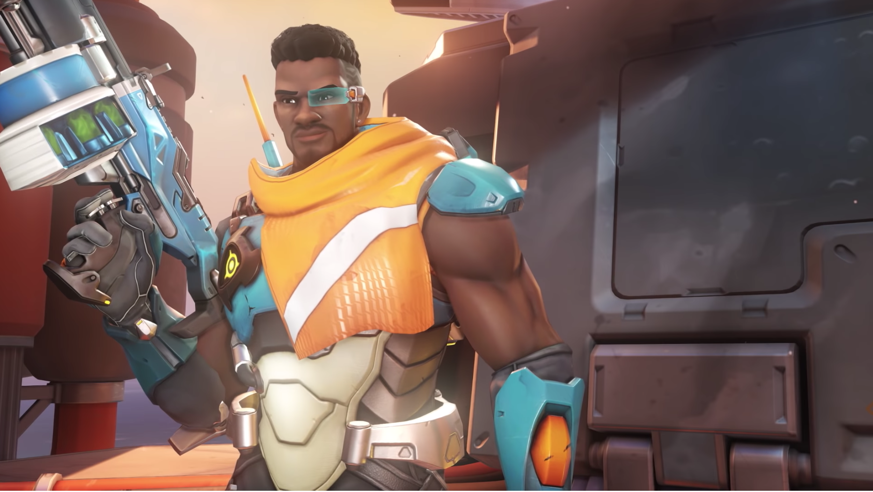 Blizzard Entertainment has revealed Overwatch‘s newest hero:
Jean-Baptiste Augustin, or Baptiste for short. A new hero was recently teased with the release of a cryptic letter naming Baptiste as the target of a Talon strike. Baptiste is described as a “combat medic,” which means he’s likely another support, or healing, character.

The official Overwatch Twitter account posted an origin story that explains Baptiste’s backstory. He was orphaned in the Omnic war, a worldwide battle between humans and robots. As a result, he chose a life of crime with Talon, a shadowy organization that other heroes, such as Widowmaker and Sombra, belong to.

The previously-revealed teaser letter had him listed as a defector from Talon’s organization—the letter’s author was trying to hunt him down and bring him back. In the origin story video, Baptiste said he had choices in his life, but made the wrong ones. The origin story ends with a warning, likely describing what his playstyle will be. “I am going to fight for a better world,” Baptiste said. “For some, that means a bandage. For others, a bullet. Today, I give you the choice.”

Baptiste’s release date hasn’t been confirmed yet. It seems as though he will be a support character with healing powers, but also DPS capabilities. He’s described as a combat medic—the author of the previously-released teaser letter said that he’s “never known a medic to be such a good shot” as Baptiste. His abilities also haven’t been revealed yet.