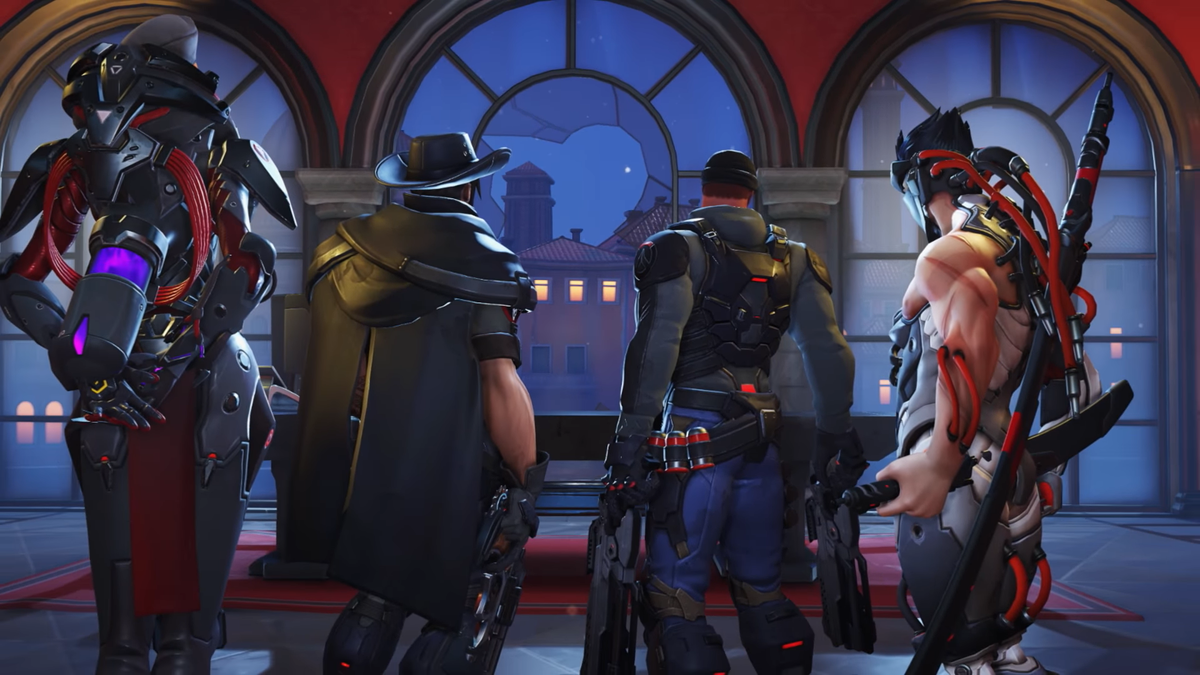 Related: Blizzard’s next Overwatch Retribution teaser features McCree’s side of the story

When the world learned about Overwatch shadow organization Blackwatch, it was the beginning of the end for the peacekeeping group. Blizzard has kept the details of Overwatch’s demise under wraps for much of the game’s history. But with lore-based events like Retribution and Uprising, the developer is slowly giving fans more information.

With Overwatch Retribution, players get to enter the mind of Gabriel Reyes before he went full Reaper. It’s similar in nature to Overwatch Uprising, which let players take over Tracer’s first mission. But this year, the event doesn’t take place on an existing map; Blizzard is bringing players to a brand new map called Rialto, which is set in Venice. The map will become available as a regular map after a short period on the Overwatch PTR.

Alongside the playable elements, Overwatch’s newest event brings a whole bunch of Overwatch cosmetics—more than 100. Cosmetics from last year’s event will be offered at a discounted price, as well as in event loot boxes.

The new event doesn’t push Overwatch’s story forward, and instead takes the game to the past once again. Overwatch Archives and the Overwatch Retribution brawl will be available until April 30.