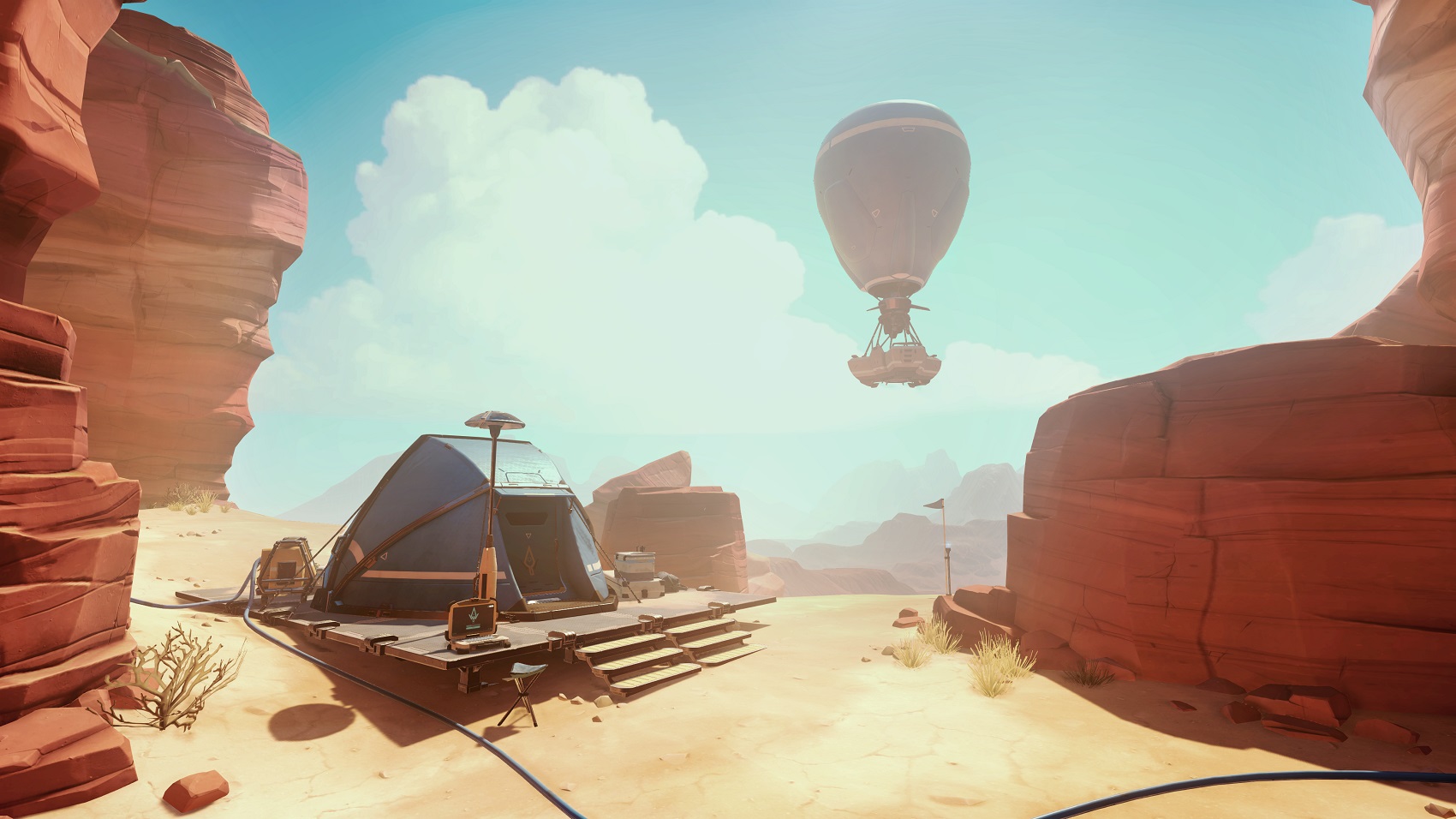 Petra is a hidden city tucked into Middle Eastern mountains. Long corridors wind through the cavernous structures, all leading into an airy expanse. Platforms and walkways line the perimeter of the space, giving the map verticality that creates dangerous sight lines. A strategically placed jump pad unlocks further access for Overwatch heroes typically unable to reach such heights.

There are places to fall, boop, and hook Overwatch heroes to their demise. An element of environmental damage in Petra is a first for Overwatch; the Petra launch trailer showed off how a hero like Doomfist could smash through the cavern’s floors.

Scattered throughout the underground passageways are signs of scientific discovery. Indeed, Petra is an excavation site—teeming with scientists exploring the ancient city. New names are mentioned in tablets and on computers tucked into different areas of the map. Someone named Hamid Faisal seems to be one of the scientists working on the Petra site. Others involved in the excavation process include people named Iannidis and Al-Hamdan.

Faisal mentions another excavation site in Thailand under the care of Dr. Nachareon. It’s possible these folks will remain background characters in Overwatch’s story, but Blizzard often hides lore clues in its maps. Their significance is yet to be known.

Fans have also taken note of the mystery funder behind the excavation work. Faisal’s letter is addressed to this person or company. “With so many sites under threat, your contributions make it possible for us to continue this important work,” Faisal wrote. Many Overwatch fans believe scientists of Oasis—Overwatch’s scientific haven—are funding the project, which could connect it, somehow, to Moira, and further, Talon. (She’s part of the science collective that founded Oasis.) Further adding to the speculation, research drones from Oasis are found in Ayutthaya (Overwatch’s Thailand map), too.

This is all speculative, however.

Statues of greek figures—Hera, Athena, and Aphrodite—have been uncovered at the site, we’ve learned through the computer’s messages. It’s unclear what this really means, but it is important to note that Greek statues are found around other Overwatch maps. There’s an Aphrodite statue at Chateau Guillard, while what appears to be a Hera statue is at the Talon base in Rialto. Athena is the name of Winston’s AI program.

The group’s logo remains a mystery, too. It looks like a sharpened trowel—a tool used to dig. What looks like a “W” is built into the logo, with a circle right in the middle of the shovel’s head.